Jeremy Hefner is in his second season as the pitching coach for the New York Mets. As a player, he spent five seasons in the minor leagues, made his MLB debut in April 2012, spent two seasons pitching with the Mets, then underwent two Tommy John surgeries and retired in January 2017. Below, Hefner shares his story about his journey to the big leagues and how Christ has increased in his life.

I was very fortunate to grow up in a household where we went to church every Sunday morning, Sunday night and Wednesday night — and often in my baseball uniform. Values, treating people right, working hard, blue-collar lifestyle, and caring parents characterized our home. I asked Jesus into my life and was baptized young, so I’ve essentially been a believer my entire life. But that hasn’t been without some ebbs and flows as I try to understand the world around me and the people I interact with day in and day out — how I can ultimately be a friend to that person.

I didn’t always have the dream of being a professional baseball player. I was an average player, but I got drafted out of high school, which I wasn’t expecting. Suddenly, I was a pro baseball player, surrounded by really good players. That’s when I realized this could be a real thing for me. I had to figure some stuff out on the baseball side, but on the faith side, I had a lot of really good people around me to help me. My wife is very good at holding me accountable in a very, very loving way. Her guidance, my parents’ guidance and my in-laws’ guidance was really key to keeping me out of those gutters where I could go off the rails.

I remember the day I got a call from my manager who said, “Hef, pack your bags, you’re going to New York.” I thought, “Why are you choosing me?” In the moment, I thought it made no sense. But I got in a car and was driven to my first major-league double-header, having been told I would be active in the game. The guy who was driving our car asked if we wanted to take the scenic route or the fast route. I had never been to the city before so I opted for the scenic route. I got there 30 minutes before the game, threw my pants and shirt on, and started prepping.

Mind you, I had never made a relief appearance before so I had no idea how to warm up. Sure enough during the game, the phone rang and I was up for the next inning. I had two or three minutes to warm up and faced Giants catcher Buster Posey right out of the gate. I had a really cool debut, but then was sent out in between games. I was sent back to the minor leagues, which was tough. But eventually I made my way back.

In my second start, I hit a home run in my first at-bat. I hit in high school and played everywhere; I was always OK at hitting, but pitching was what I was better at. If any pitcher tells you they expect to hit a home run, they’re lying through their teeth. When I hit first base, I heard the crowd yelling. I rounded first and looked to see the left fielder, but he was just standing there. I looked at the umpire and he was waving me home. I thought, “No way that went out!” Rounding the bases and then having all the guys in the dugout embrace me like that was a lot of fun.

“He’s faithful now, and He’s going to be faithful always. It’s about giving God the praise, not only when we get through a trial, get the promotion or have the baby, but in the midst of the trial as well. It’s about humility and giving praise where praise is due.” — Jeremy Hefner 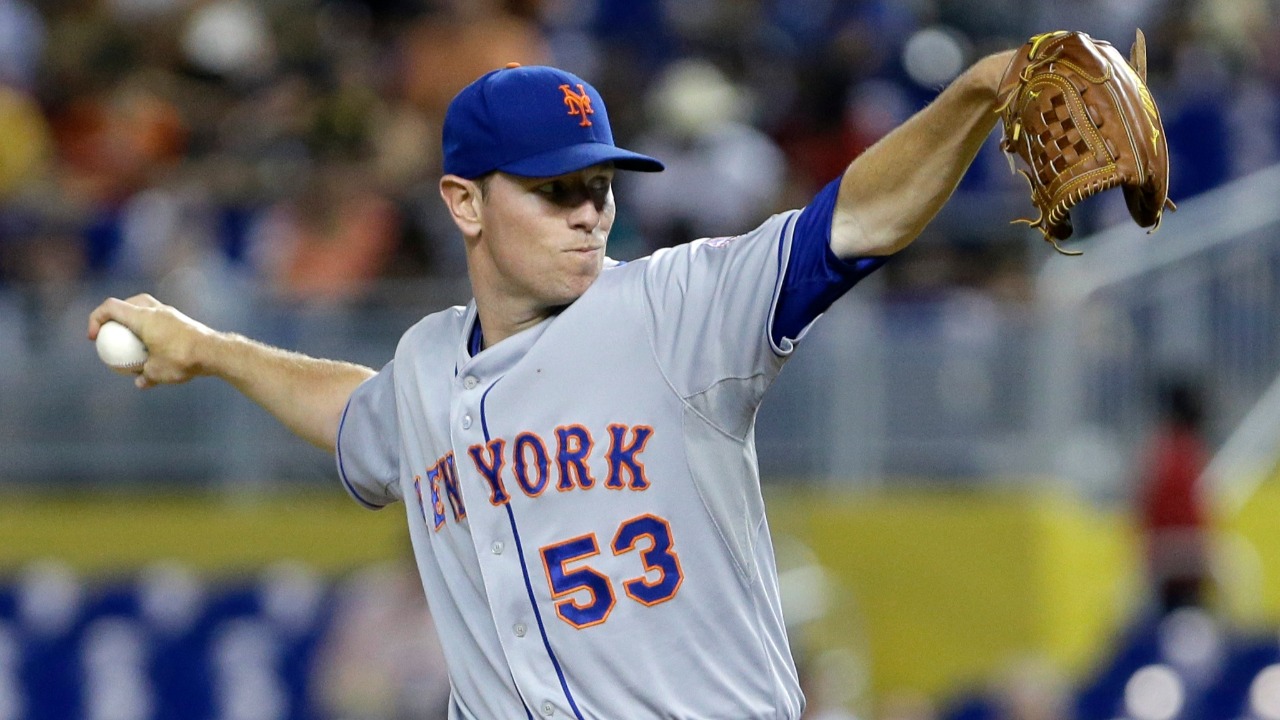 Now a coach in New York, I still have a good group of men that I still connect with back home. We share coffee and go through the Word together. Right now we’re going through 1 Samuel and we just read through Hannah’s song. What she had to deal with — being barren — and then seeing God allow her to have Samuel is amazing. She was willing to be emotional and cry out, and then God heard her and fulfilled her prayer. Then she was willing to give up her only son to Eli for God’s service.

This passage shows me the importance of learning from a trial, and then praying and hoping for the future. This is something we should think about all the time, but especially with all that we went through in 2020. Yes, our past is our past, but God was faithful then, He’s faithful now, and He’s going to be faithful always. It’s about giving God the praise, not only when we get through a trial, get the promotion or have the baby, but in the midst of the trial as well.

It’s about humility and giving praise where praise is due.

Constantly preventing myself from giving high-fives and handshakes was hard while coaching in 2020. Physical contact for a coach — whether it’s a slap on the back, hand on the shoulder, or something else that lets the player know, “I’m with you” — is important. Just trying to be safe in general with COVID was difficult. These things you never ever thought about before were constantly on your mind.

But 2020 gave me the ability to be with my family much more than I normally get to. I hadn’t been able to see the Oklahoma blossoms in springtime, or watch my son play ball or my girl do gymnastics in a long time. It was a treat and something I will look back on with fondness for a long time.