Paul Tesori is a PGA Tour caddie for pro golfer Webb Simpson, who finished tied for 12th at 2-under this past weekend at The Masters. Below, Tesori shares his story of how Christ is increasing in his life.

I have an incredible job because of the man that I work for. Webb Simpson is not only my boss — and he’s not only 13 years younger than I am — but I look up to him in every area of life.

We read Scripturally that wisdom is based on your faith in the Lord. That’s where wisdom comes from, trusting the Lord and the Good Book that is the inherent Word of God. If you follow the principles of the Bible and apply them in each area of your life, you’re going to be very wise. That’s what Webb and his wife, Dowd, do so well. I want to be the dad, the friend, the husband, the disciple and the saint that he is, and I want to have the work ethic that he does. He pays very special attention to each area of his life. 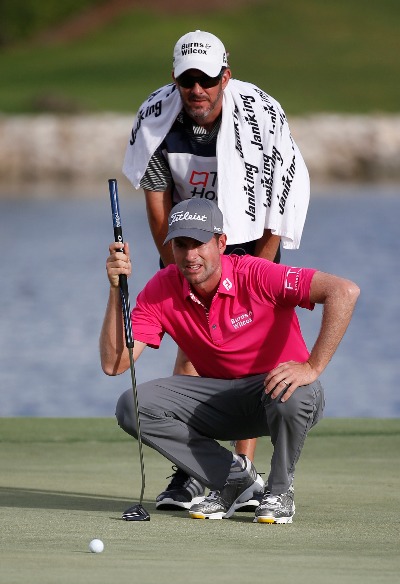 People laugh, but when I started working for Webb, he was ranked 213th in the world, and at the end of our first year he was in the top 10. He gave me a lot of credit for everything, and people would ask me, “How does it feel?” I would say, “It feels great, I just wish I could tell everyone the impact he’s had on my life.”

I was baptized in the summer of 2010 and at the end of that year I assumed everything would be great — money would be flying off trees, my relationships would be over the moon, and everything would be falling into place. But five months later, the real estate market crashed and I lost every dime I had ever made. I was homeless at the time, my relationship with my now-wife had disintegrated, and I was fired for the first time in my life.

By the end of that year I had lost everything worldly. Everything. But I was more at peace than I had ever been. It was the first time I had realized the falseness of the world, and that the promises the world offers are lies.

That December, I had the choice of working with two top-10 players in the world, or this guy at 213 named Webb Simpson, who only the biggest golf fans had heard of. He had been out on tour for two years but struggled thus far. I don’t know why, but through prayer I chose Webb.

And now, he has changed my life drastically in my faith, and I think I’ve been able to help him achieve some of his goals in golf.

“Webb and I try to come alongside a few guys each year and disciple them. Anytime you can do that, making sure the focus stays on your faith and not the results, then I think both can increase — the results and your faith.” — Paul Tesori

When I started learning from Webb, I was 38 and he was 25. The Lord had taught me so much humility in my life through the huge number of mistakes I had made. He opposes the proud and seeks out the humble (James 4:6). By the time I went to work for Webb, I was so stripped of my pride. I was taking this massive chance on this young guy who was struggling at the time, but I realized very quickly how different he was — even the way he lovingly talked to his wife. The way he walked was so different than anything I had ever seen.

Around that time I studied the story of the prodigal son (Luke 15) and thought, “I would be angry too if I were the older son!” I shared that story with Webb and he just laughed. He said that was the point of the story, that we don’t deserve anything the Father gives us — His grace and mercy. We all deserve eternity in hell apart from God the Father, but because of what Jesus did on the cross, dying on the cross, we’ve been sought out by Him and delivered from this.

When you’re studying Scripture and walking through it with someone, you grow so much. When you spend time with someone who is evidently smarter than you — and Webb was definitely Biblically smarter than I was — it’s easy to look up to them, no matter how much younger they are than you.

Faith is extremely important on the PGA Tour. All you are judged for on the tour is your world ranking, your FedEx ranking, your scoring average, your fourth-round scoring average, what you are ranked in putting/driving, where you are in the team event that year — this is always the way you are judged. But the community of believers on tour is immense. It’s my 20th year caddying now and I’ve seen the number of believers on tour grow, and it’s been beautiful.

Webb is ranked ninth in the world right now, but we know all of that is fleeting. In three months we may be struggling again, and that’s when you need that community of believers to walk through it with you. 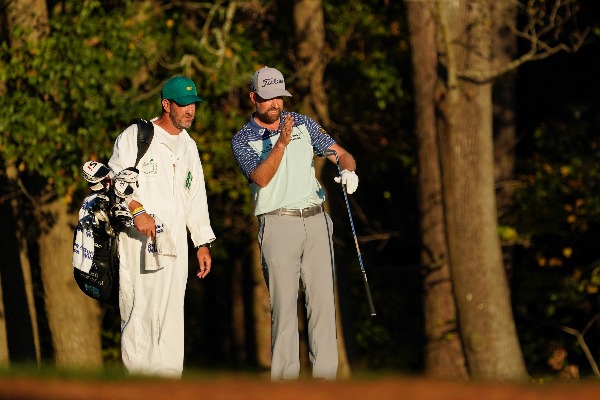 Webb Simpson discusses a shot with his caddie Paul Tesori during the Masters in 2020. (AP Photo/David J. Phillip)

In the Book of Isaiah, God tells people to “go.” It’s basically the message from the Sermon on the Mount, which Jesus concludes by saying, “Therefore go and make disciples of all nations” (Matthew 28:19). We try to make believers on tour, but it’s a tricky situation because you don’t want to force it. However, if you walk, talk and behave a certain way, people are going to notice there’s something different about you. Then when they ask, you can say, “I’m not able to do this on my own, I’m able to do this because of what Jesus Christ did for me.”

That’s it! It opens up opportunities for us to share because of how we walk. We know we’re not capable of staying calm on the golf course when we’re four or five strokes over par and life’s not going well. We’re not. We know that’s the strength of the Lord that lives in us, enabling us to do that. If we can share that with one or two people and help them understand that, we will.

Webb and I try to come alongside a few guys each year and disciple them. Anytime you can do that, making sure the focus stays on your faith and not the results, then I think both can increase — the results and your faith.