Twenty-two years ago, in the age of cut-off T-shirts and a senior Bush presidency, Steve Stenstrom was one more NFL hopeful. As a record-breaking starting quarterback for Stanford, Stenstrom became best friends with Stanford receiver Justin Armour. Read how Stenstrom and Armour strengthened their faith, friendship, and football prowess in the December 1994 Sports Spectrum article below.

Both Stenstrom and Armour went on to have careers as a quarterback and receiver in the NFL. Over two decades after his original interview, Stenstrom now guides Sports Spectrum as the President of Pro Athletes Outreach and The Increase. Go figure! 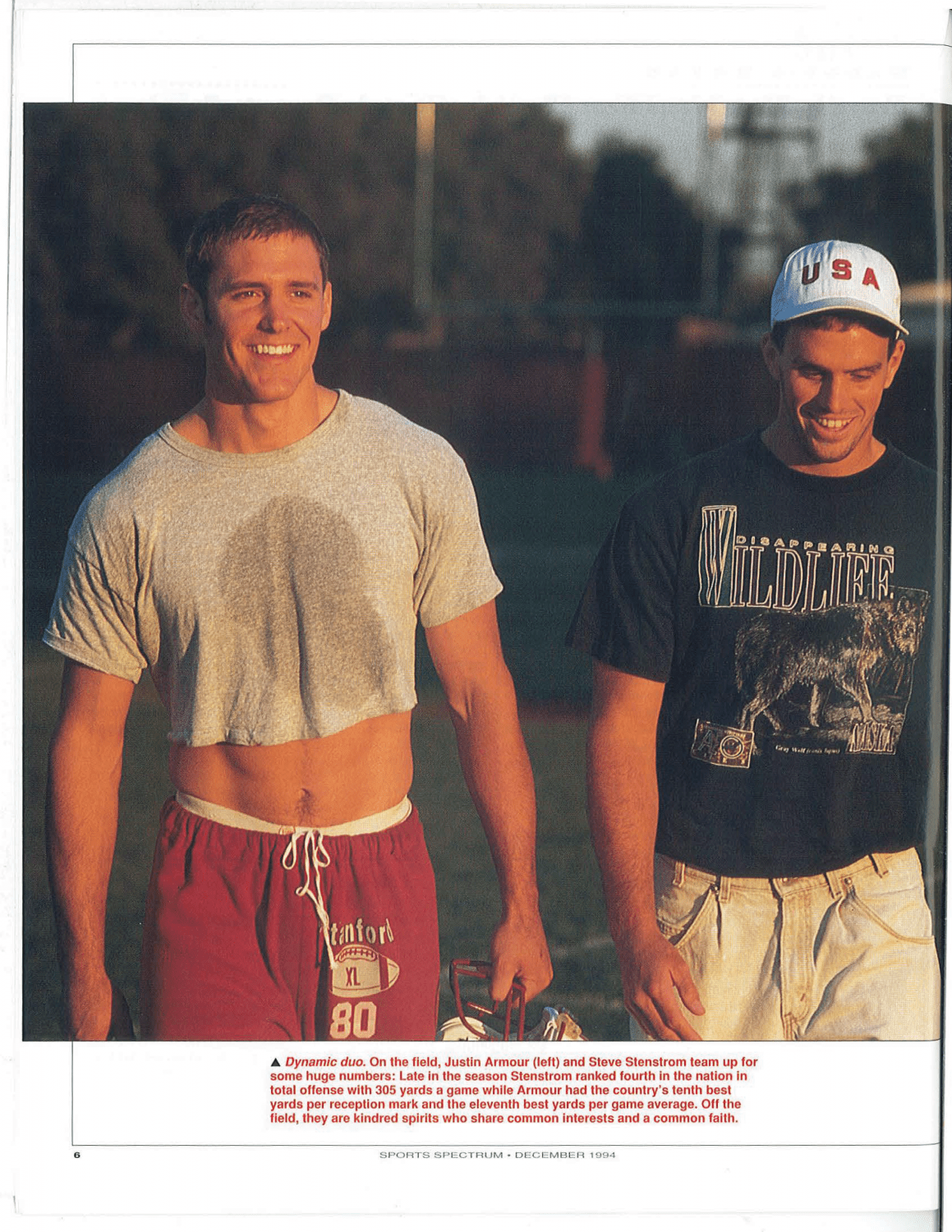 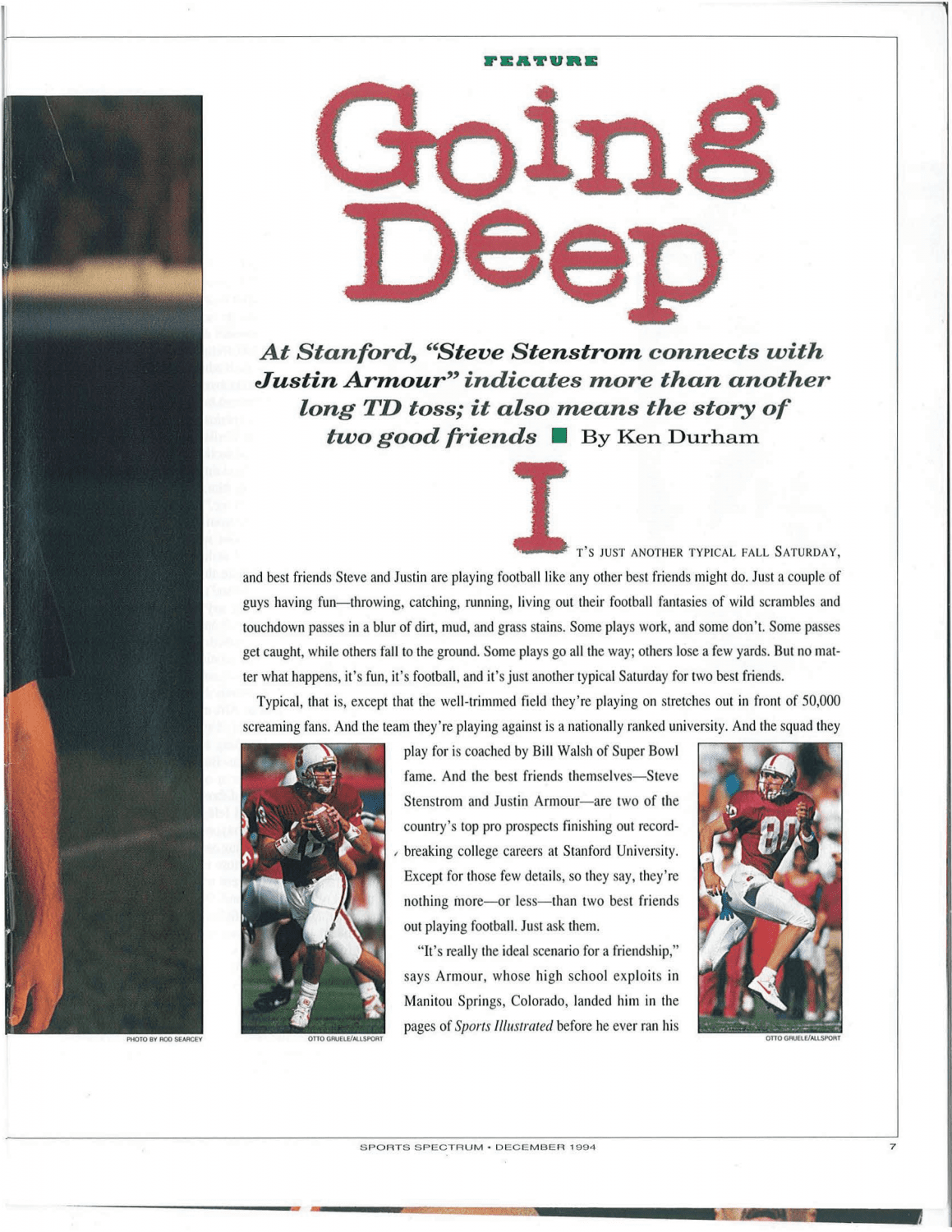 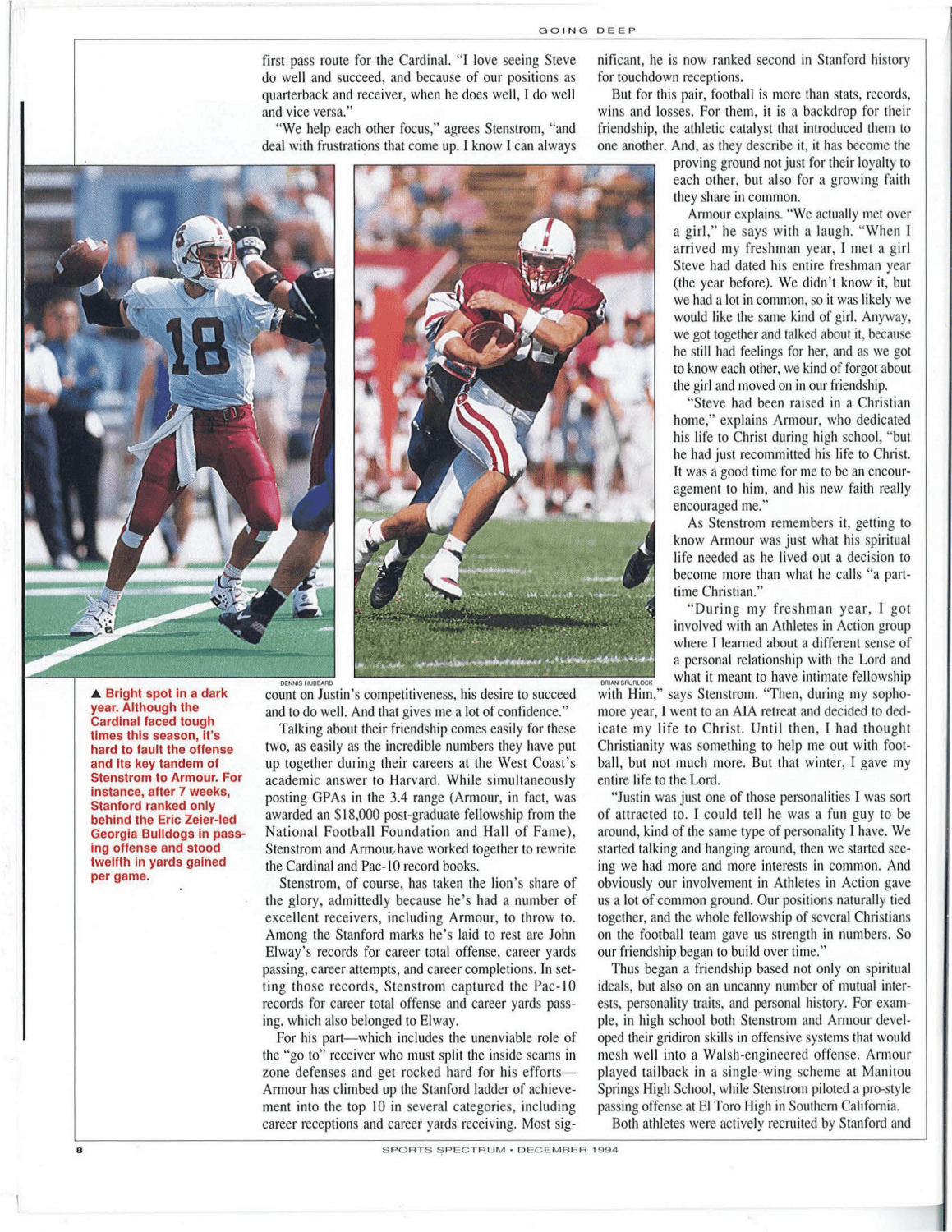 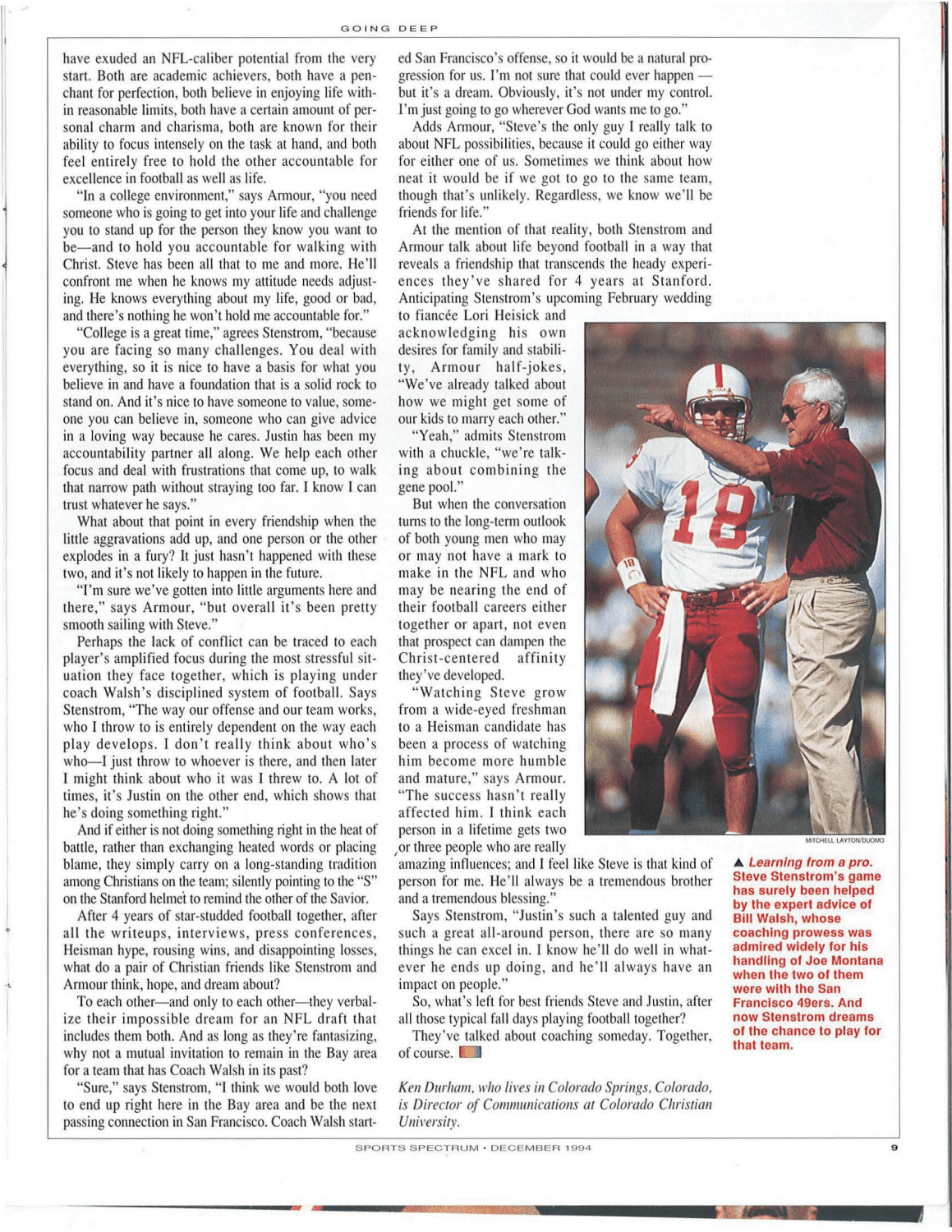