Larry Mize was no stranger to criticism. After making several mistakes in multiple golf tournaments, Mize earned the nickname, “Larry Demise” from the media. In the 1991 article of Sports Spectrum, Mize credits his faith in Christ with empowering him through his disappointments.

Learn why he thinks golf is a crazy game, and decide whether or not he was able to pull off the fantastically ’90s fashion combo of pepto-bismol pink and forest green in one outfit (see page 8).

Mize won the 1987 PGA Masters Tournament, four international golf tournaments, and played for the U.S. teams in the Ryder and Dunhill cups in 1987 and 2000, respectively. 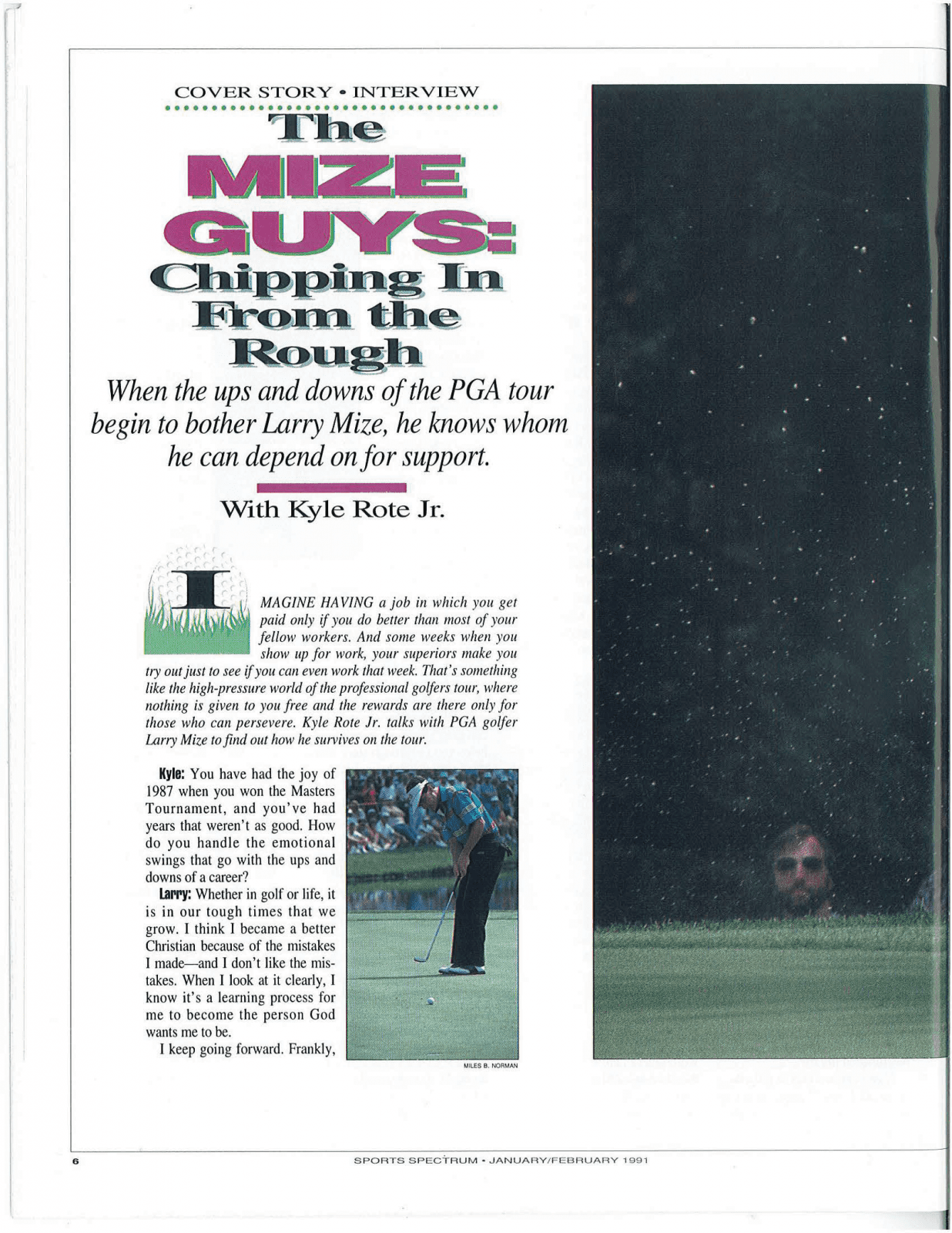 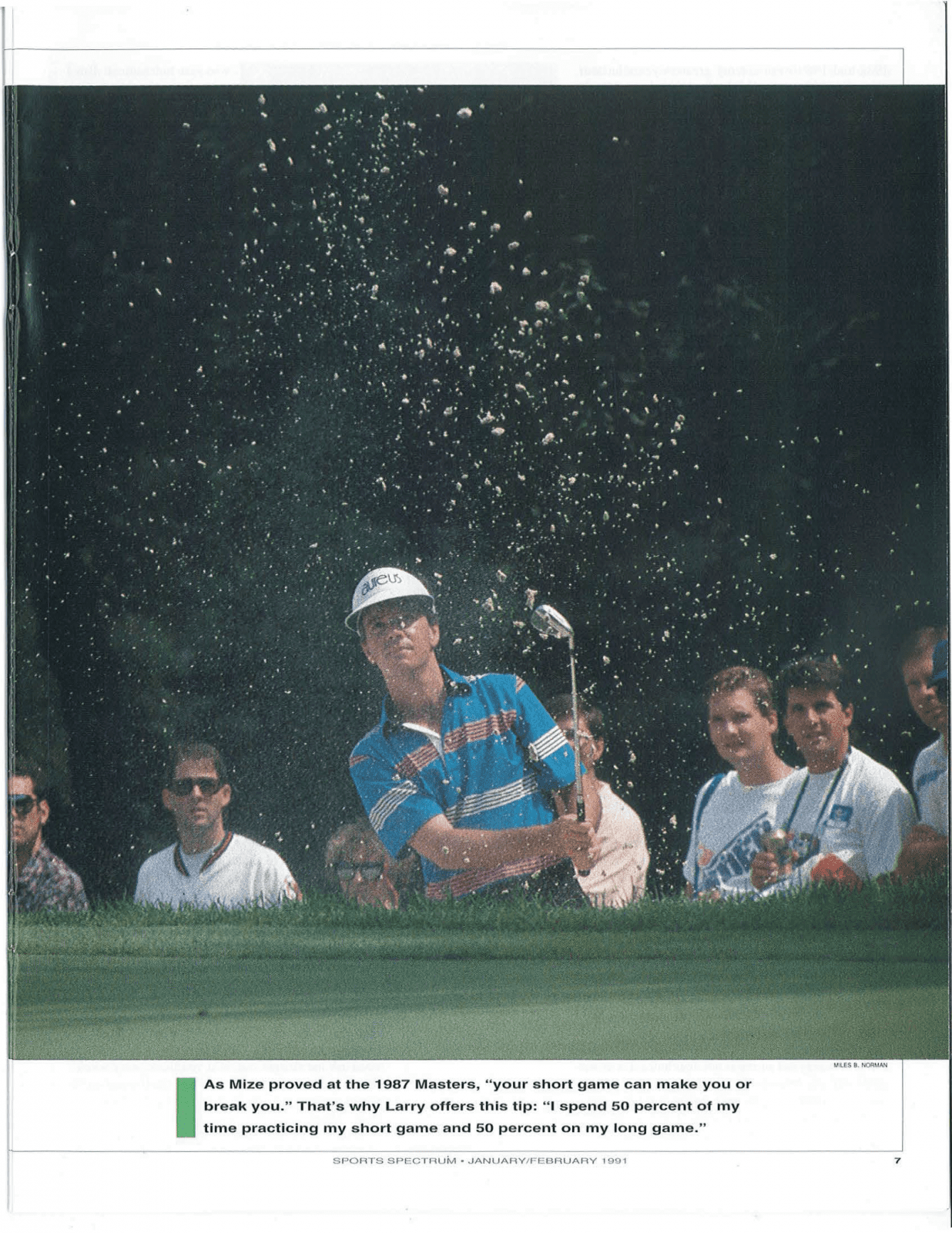 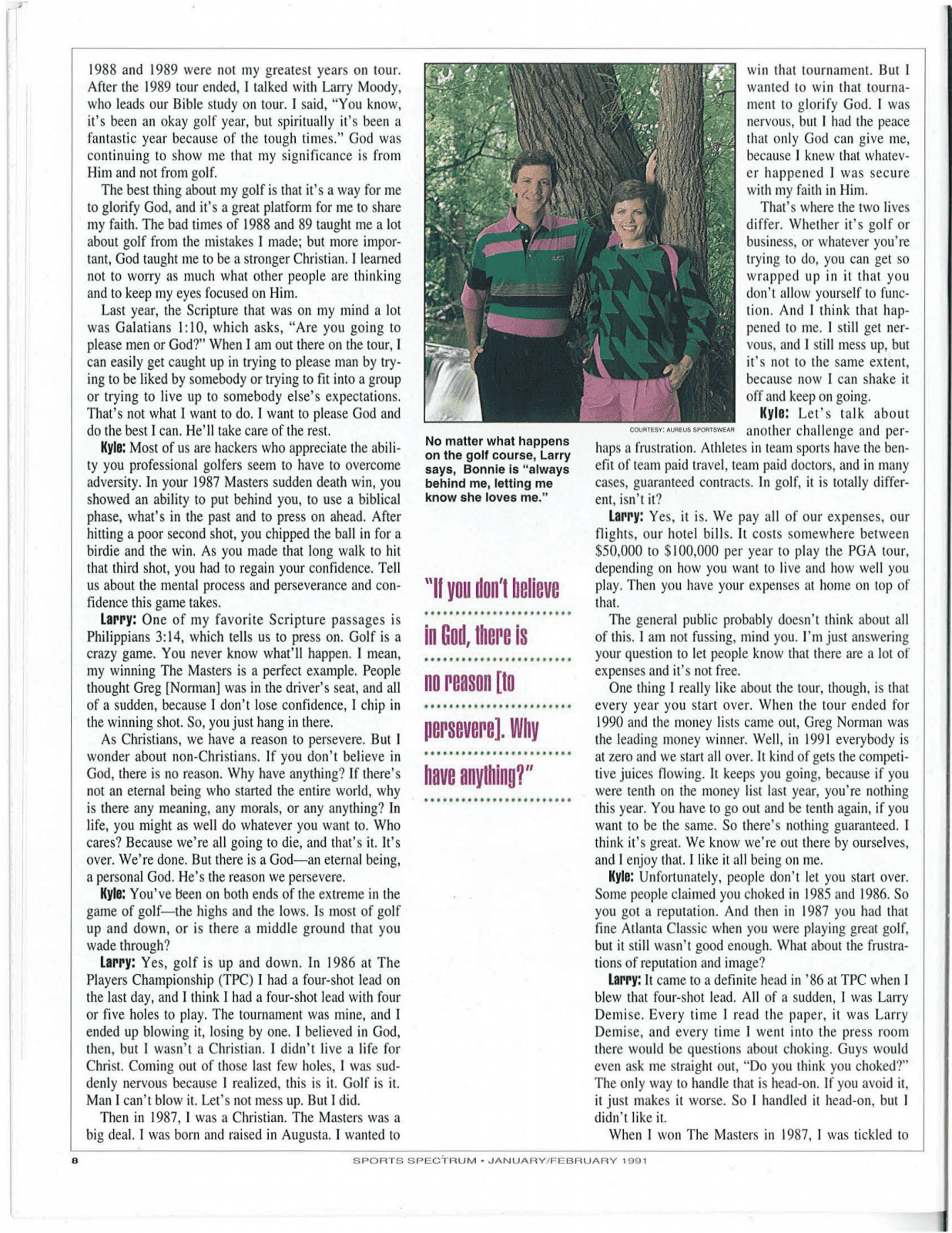 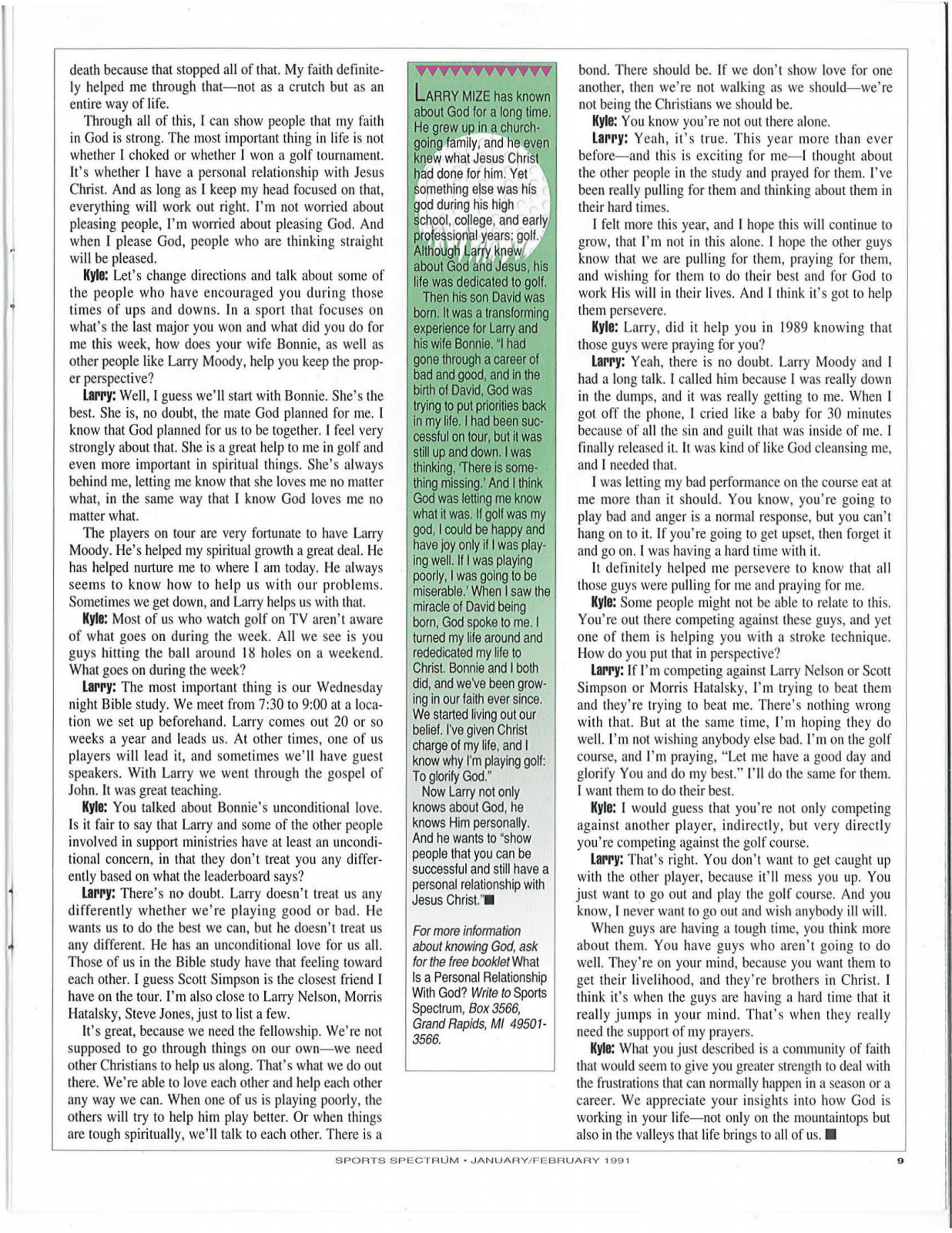