Determined to keep his faith central in his life, Bobby and his wife became Young Life leaders in the mid-90s while Bobby was racing, in order to pour into young people around them. He was never afraid to use mistakes he made as examples, and did his best to live out his faith in the auto racing world.

“I’ve found in my own career that I’ve had a better ministry to other people in the midst of my failures than I’ve ever had in my successes.”

Hillin is currently CEO of T-Rex Engineering & Construction in Texas. 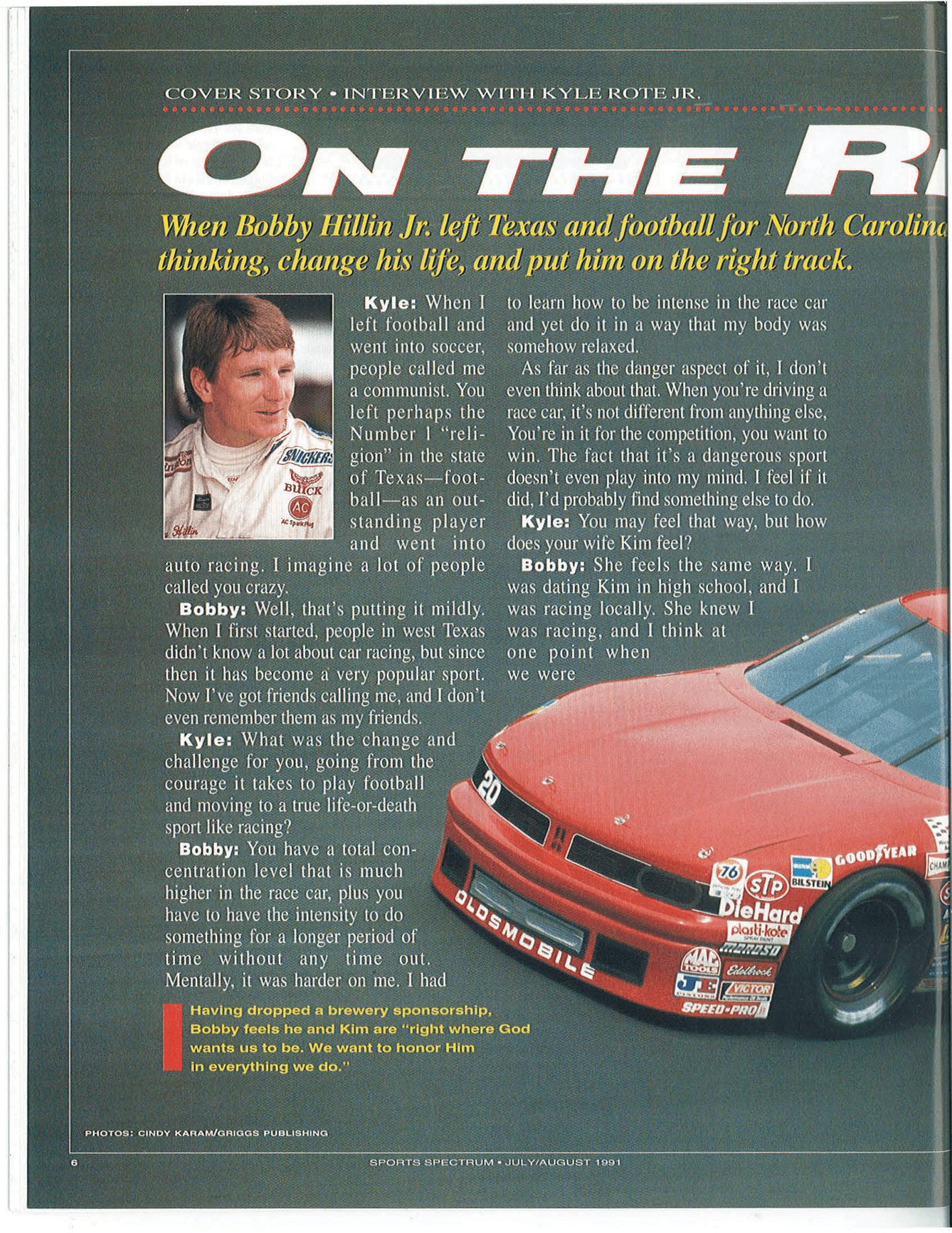 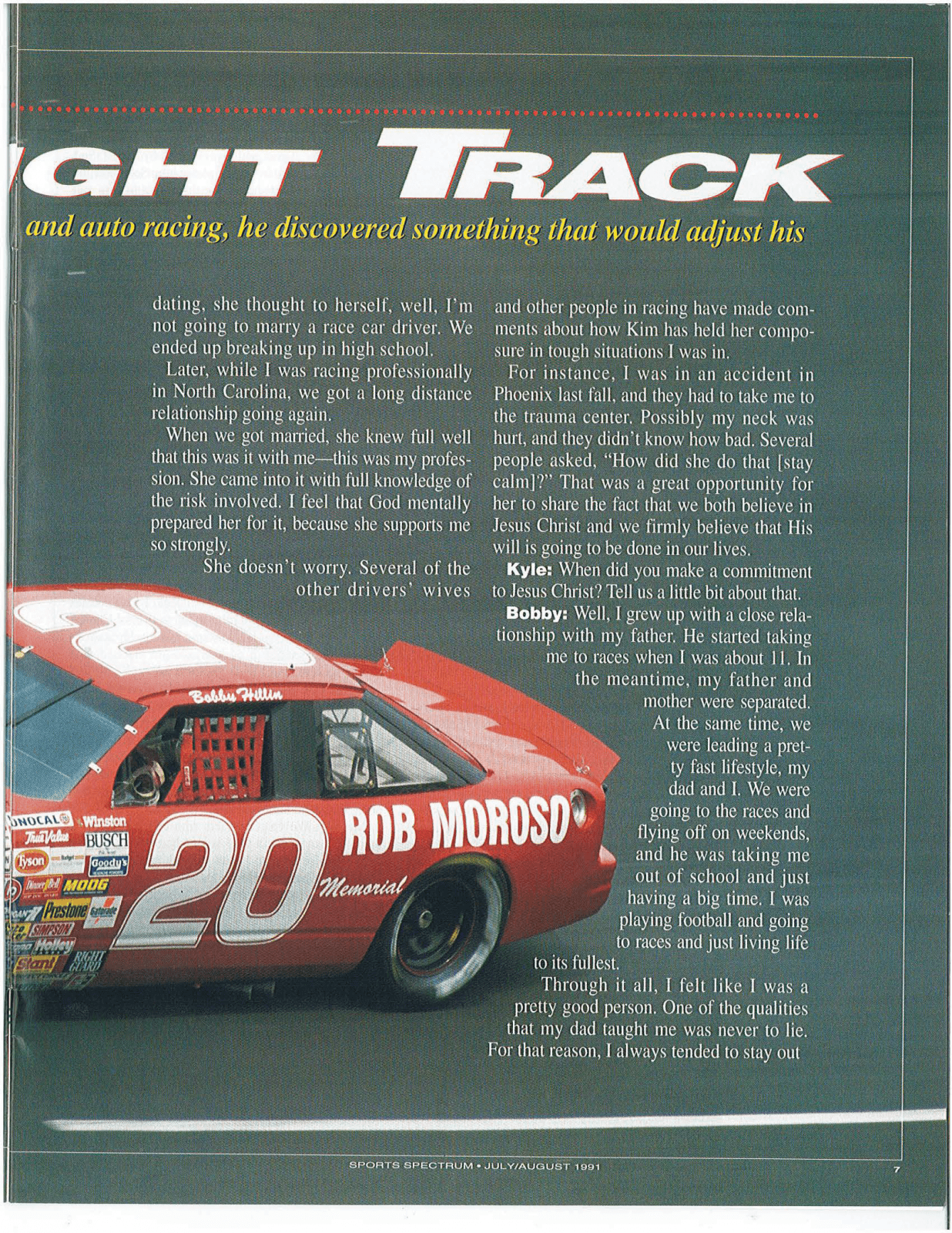 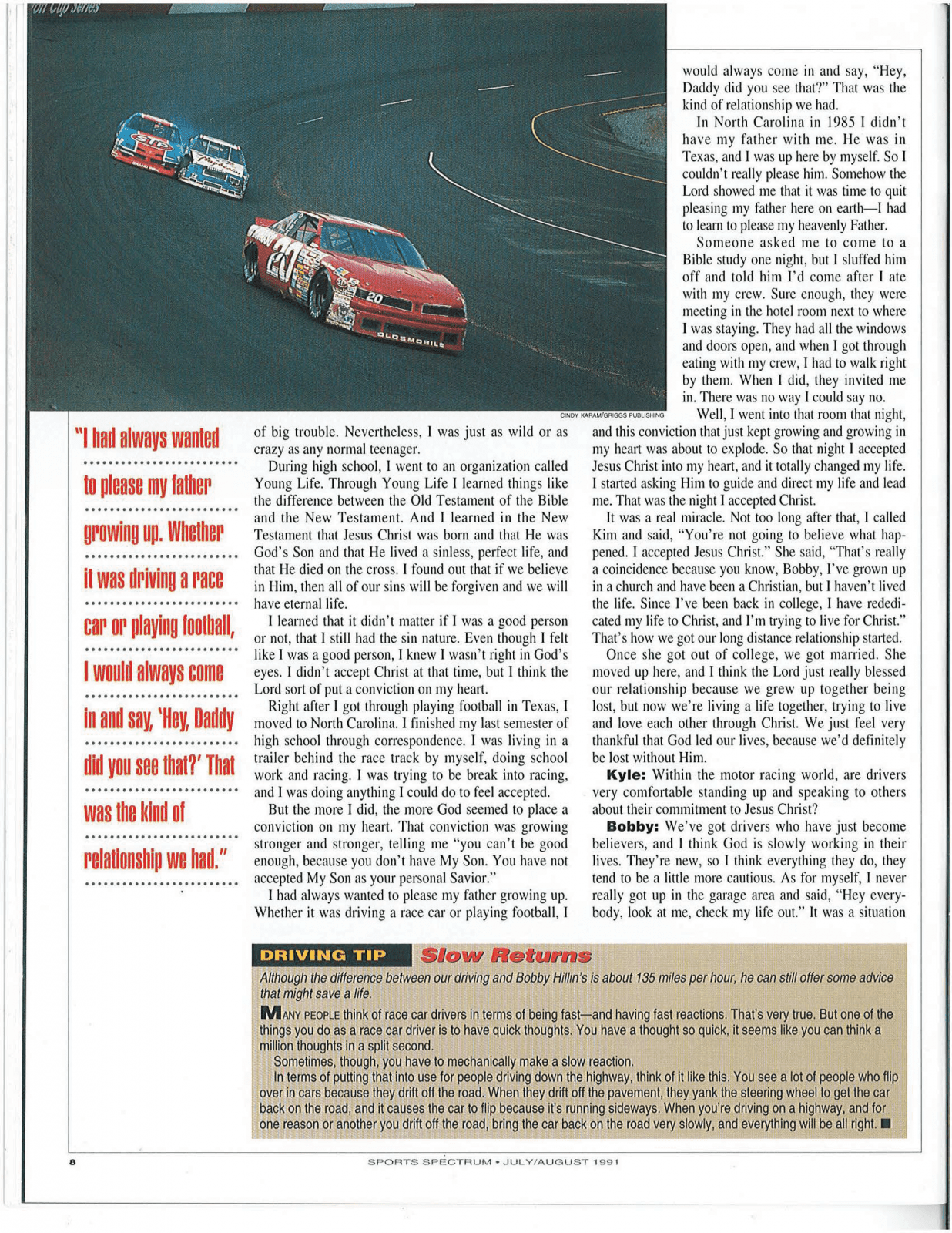 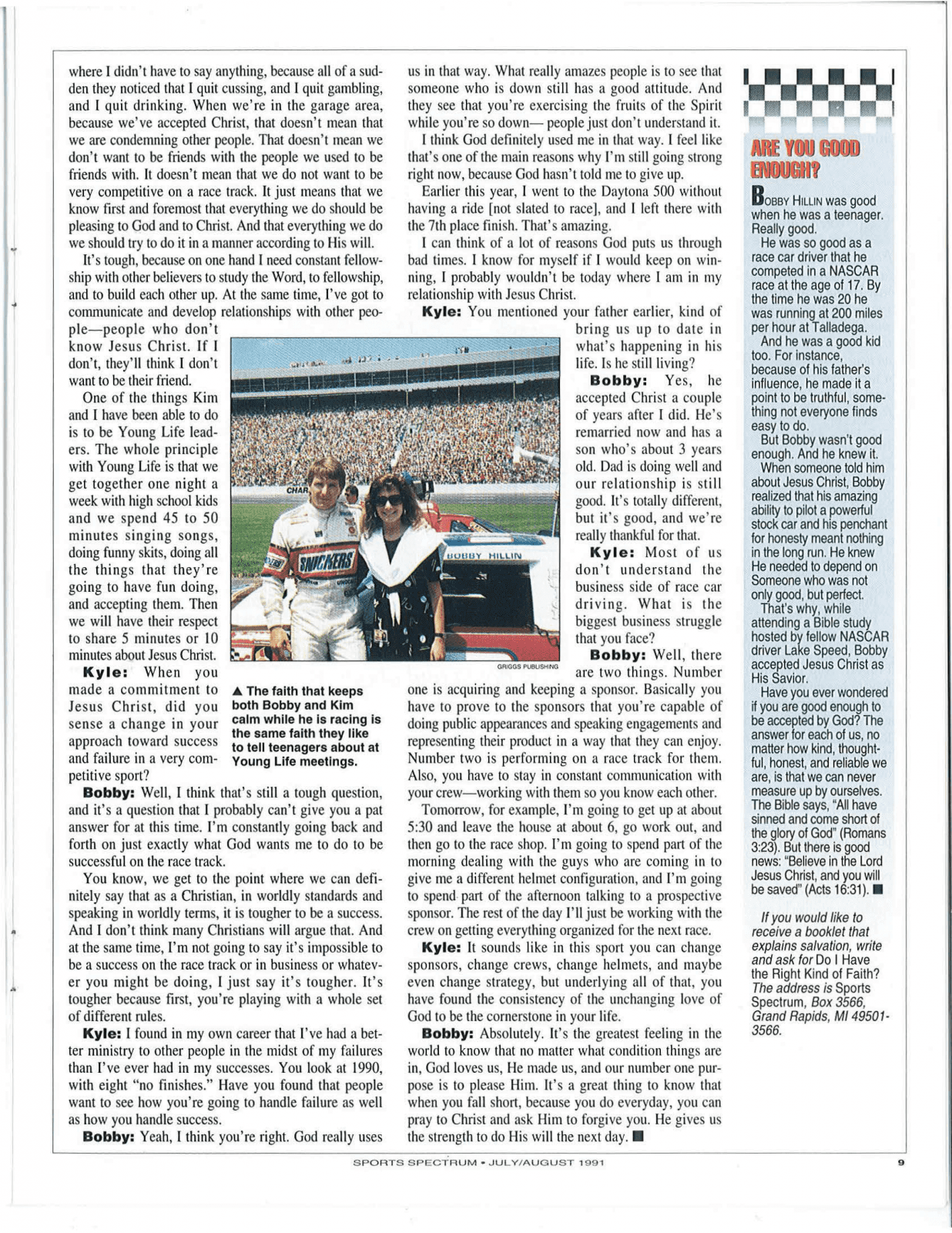