All rise! The Judge has passed Big Mac.

Many have stepped to the plate. None have hit 50 homers as a rookie.

Judge tied the record with his 49th homer off Kansas City Royals starting pitcher Jake Junis in the bottom of the third.

.@TheJudge44 has chased down the record.

49 homers – for a ROOKIE. Incredible. pic.twitter.com/yqbGnnH1eK

But it was a solo shot in the seventh that gave him the record of 50 home runs. He’s now gone deep against every American League team. 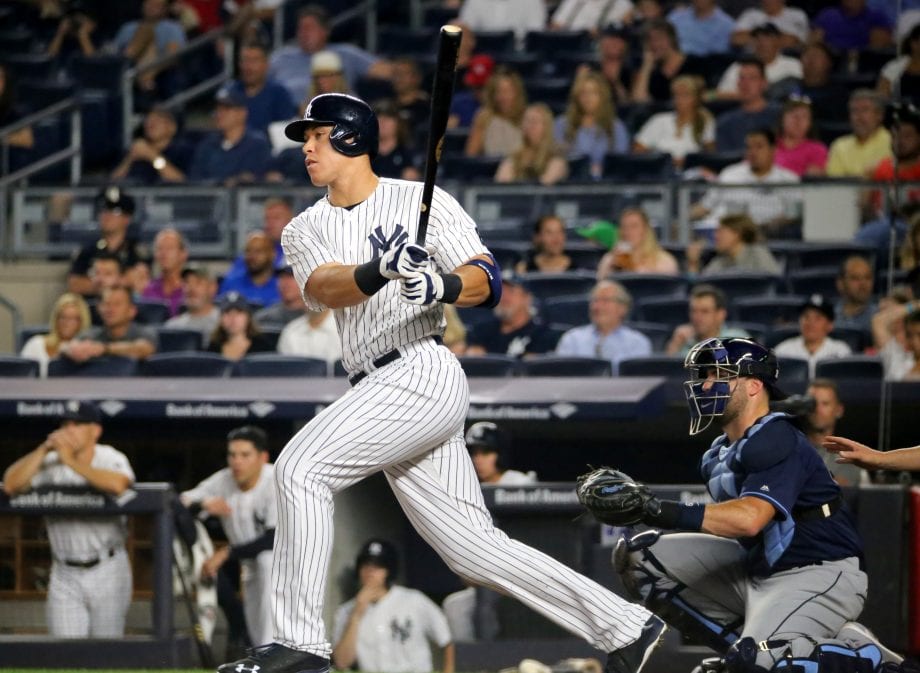 Judge has six games remaining against Tampa and Toronto at Yankees Stadium to extend the new rookie home run record.

The 6’7, 282 pounds Yankees slugger has had a unique journey to stardom.

Judge was adopted on the second day of his life by Patty and Wayne Judge on April 27, 1992.

“I feel they kind of picked me,’’ Aaron told The New York Post back in 2015. “I feel that God was the one that matched us together.’’

“We’re more blessed than he is,’’ Mom Patty told the Post. “Both of our children are adopted. Aaron has an older brother, John, 29, who is teaching English in Korea, and we’re real proud of him, too. Really, it was all meant to be.’’

In high school, Judge played wide receiver and defensive end, but chose to play baseball over football in college despite offers from Stanford and Notre Dame.

Judge went to Fresno State and was drafted by the Yankees in 2013.

With the home run number’s rising, many compare Judge to Miami Marlins slugger Giancarlo Stanton who leads the majors with 57 bombs.

“People have said, ‘Oh, the next Stanton,’ but I’m just trying to be the best Judge I can be every day,’’ Aaron told NY Post in 2015. “I’ve always been about the team aspect of baseball, pass the baton and keep it rolling.’’

The Yankees have clinched a Wild Card spot in the AL Playoffs, which starts next week.

You can follow Aaron on twitter @TheJudge44 where his bio states, “Christian. Faith, Family, then Baseball. If what you did yesterday still seems big today, then you haven’t done anything today!”