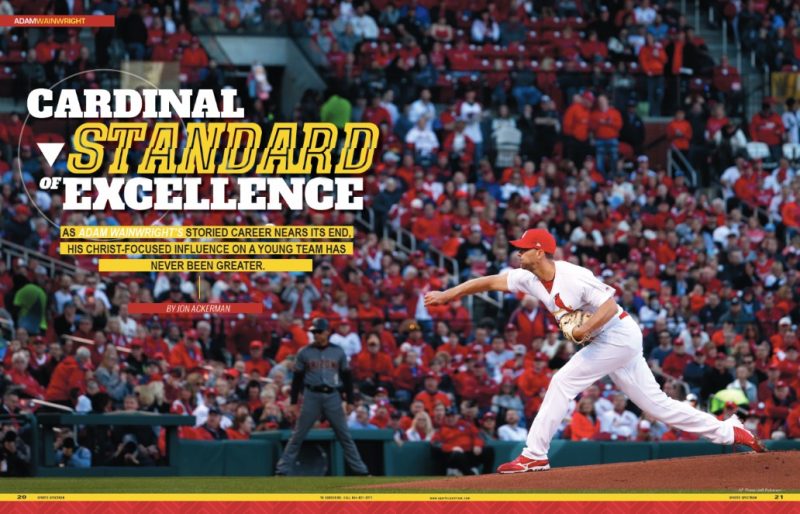 AS ADAM WAINWRIGHT’S STORIED CAREER NEARS ITS END, HIS CHRIST-FOCUSED INFLUENCE ON A YOUNG TEAM HAS NEVER BEEN GREATER.

Raised on the ball fields of Brunswick, Ga., a coastal town 40 miles north of the Florida border, Adam Wainwright revered the Atlanta Braves. His boyhood days coincided with the glory days of the Braves franchise — he was 10 when Atlanta appeared in its first World Series, 14 when it won the World Series, and in awe when a Braves pitcher won the National League Cy Young Award six of eight years from 1991 to ‘98.

With Greg Maddux, Tom Glavine and John Smoltz — all future Hall of Famers — the Braves boasted an embarrassment of riches with pitchers. And they added Wainwright to the farm system in 2000, taking Georgia’s Gatorade Player of the Year out of Glynn Academy with the 29th overall pick in the 2000 MLB Draft. He skipped college to sign a lucrative contract with his favorite organization.

As Wainwright reported for camp in the spring of 2001, there were his pitching heroes. He didn’t train with the big-league unit, but he launched his pro career at the same Walt Disney World complex in Orlando that Maddux, Glavine and Smoltz had been gracing for years. And from that first camp, Wainwright remembers an interaction with Maddux — or lack thereof — that he regrets to this day.

“Greg Maddux told me one morning, me and a couple other young guys in our first big league camp, he said, ‘Hey, I’ll be in this weight room sitting on this leg extension machine with my crossword puzzle, and I’ll be here every morning at 6 a.m. if you want talk pitching.’

“You know how many days I did that? Zero times, and he was my idol growing up. And I didn’t do it because it was 6 a.m. in the morning and I thought, ‘That is the dumbest thing. I am not getting there at 5:45 in the morning.’ I look back at that now and I go, ‘What was I doing? So stupid,’” Wainwright says.

“There’s no doubt in my mind that if I didn’t feel so connected to this young group of pitchers coming up — and even the young position players, but especially the young pitchers — it would have almost been a no-brainer for me to walk away.” — Adam Wainwright 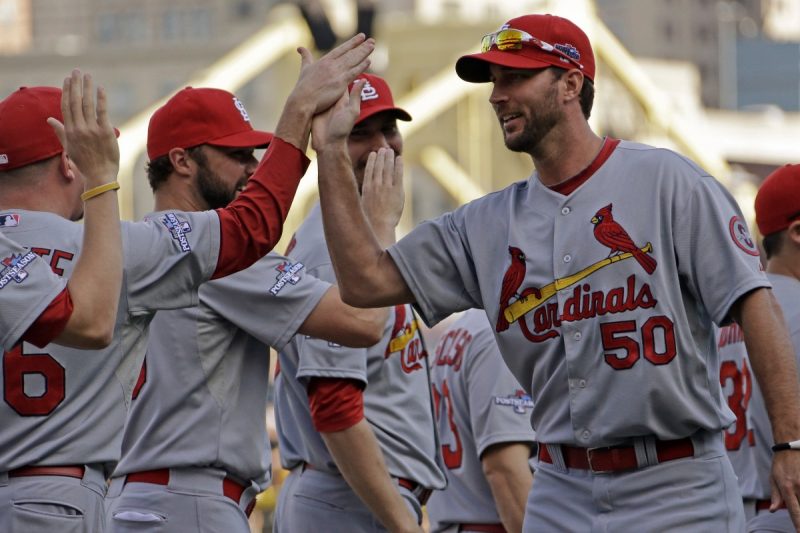 At 37, Wainwright is now that esteemed veteran younger pitchers aim to model. Like Maddux, he makes himself available to talk pitching with anyone who cares to engage. Yet, he’ll gladly discuss more than pitching too, inspired by another early-career incident involving a Braves Hall of Famer, this time being Smoltz.

“We went to a Bible study in spring training with the Atlanta Braves and they said that John Smoltz was coming,” Wainwright recalls. “With John coming to speak that night, our showing was incredible. There were so many people there who wanted to hear what he had to say. It was powerful to see a future Hall of Famer come and pour his heart and soul into a message for us.

“I know I was on the fence at that time in my own faith, as I’m sure many others in the room that night were. And we were able to see someone who we really looked up to share his faith through the platform he’s been given. By this platform, many are able to come to know and trust in Christ.”

This past October, Wainwright re-signed with St. Louis, the team he was traded to in 2003. He never got to pitch for his childhood team in Atlanta, but feels St. Louis ended up being a better fit anyway. His new contract is for one year, which will mark his 15th with the organization. He’s coming off a tough season in which he threw only 40.1 innings over eight games, as he sat out nearly four months with right elbow inflammation. Wainwright pondered retirement, and also the possibility of joining a new organization.