This World Refugee Day, which is June 20, I am reminded of what the word “empathy” means: the capacity to understand or feel what another person is experiencing from within their frame of reference.

It’s been said we can’t truly know someone until we’ve walked a mile in their shoes. Last November, I traveled with a team of Water Mission partners, including former MLB pitchers Blaine Boyer and Jason Standridge, to northern Uganda — home to more than 1.3 million refugees fleeing violence and persecution in South Sudan and the Republic of Congo.

We spent two days in settlements supported by our safe water and sanitation projects, meeting refugees and listening to stories of their harrowing and tragic experiences. 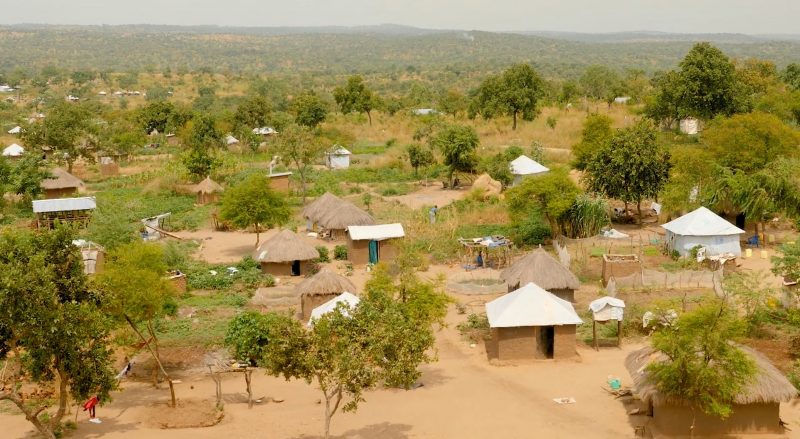 Aerial view of the Bidibidi refugee settlement in Uganda.

I have never fully known the depth of suffering faced by these courageous men, women and children. But our visit to two of the main refugee settlements on the border of South Sudan and Uganda gave me the opportunity to hear about what life is like for those who have survived extreme hardship and trauma. Because of their stories, I’ll never think the same of the refugee crisis in Africa.

The first story is of Mary, a mother whose husband was killed in a vicious attack in South Sudan. Their village was raided and many were killed. Armed soldiers stormed the streets, burning homes and shooting people indiscriminately. Mary saw people she loved fall to the ground right in front of her. She realized that the only hope she had was to run.

She and her two older children narrowly escaped. They meandered through the east African wilderness for three weeks, staying away from main roads to avoid detection. Finally, they made it to the Ugandan border and hopped a shuttle that brought them to Omugo refugee settlement — home to 65,000 fellow Sudanese seeking asylum from similar atrocities.

Mary left her job as a teacher, a good home and many relationships, including her happy marriage to her husband — all of it gone with no hope for a return. All she was able to salvage were her memories.

When I met Mary, we sat outside her hut made of sticks and dried mud. We gathered in her modest garden, which she planted herself and tended daily. Our team listened as she prayed, first in her native tongue (Kuku) and then in English. A smile beamed across her face as she professed her love for God and the fellowship she now enjoys with her new neighbors. 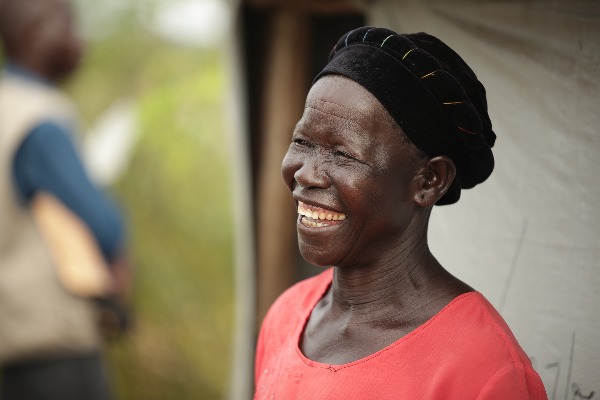 Mary fled the violence in South Sudan and arrived in the Omugo refugee settlement in 2018.

We asked her how she could have joy in the midst of so much pain. Mary explained that God had allowed her to accept the challenges and that she believed in His promise to never forsake her.

“When I think of how I lost my husband and the situation my children are in, I can get weak in my faith. But God reminds me to leave them to Him,” she said.

Mary thanked us for coming to Uganda to witness what was happening in the refugee settlements. She talked about Water Mission and other organizations who have brought much-needed assistance through the provision of basic resources.

Looking back, I remember her parting words: “Be careful that you remain prayerful.” Mary’s faith and joy during unimaginable suffering opened my eyes to the peace that God gives, one that surpasses all understanding.

Other stories told that day and the next broke my heart. Children without parents. Mothers losing babies. Families torn apart. I asked myself, “How does one begin to live again?”

I struggled to come up with an answer. There already existed an impossible task to shelter, feed and provide safe water to 1.3 million people. But beyond that, there was also the Biblical call to speak of and embody the hope we have in Jesus. Basic needs mean little when someone has lost the will to live. That was Esther’s story.

Esther was tall and slender, with short hair and piercing eyes. She told us how she escaped South Sudan with only two of her siblings and her husband. The rest of her clan, comprised of around 25 people, were killed. She, too, battled the elements of the African bush and arrived at Bidibidi — the second-largest refugee settlement in the world and home to a quarter million displaced people — to try to start a new life. 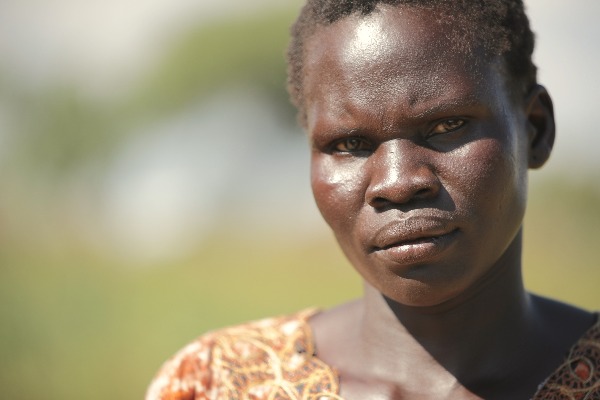 Once the immediate effects of her trauma subsided, Esther fell into a deep depression. She couldn’t help but fixate on the loss of her family and the loss of identity. Her voice dropped as she admitted to us that she made plans to take her own life.

As if by divine guidance, she heard of a Bible study being led by Water Mission at a nearby church. She decided to go. That day, she heard Revelation 21:4:

“He will wipe every tear from their eyes. There will be no more death or mourning or crying or pain.”

It was through this Scripture verse that Esther found hope and gave her life to Christ. She thanked God for saving her from giving up and for allowing her to learn of the restoration that is made possible through His forgiveness.

“It is impossible to be fulfilled without having a heart for God,” she said. “Because of this teaching, my wounds were released.”

Esther’s words immediately gave me perspective. That was the answer I sought! How else could anyone overcome these circumstances without the power of God?

God used these amazing women to show me that His love is available to any person who would call upon Him in all circumstances. And because of their stories, I now have greater empathy for the plight of the refugee and those who must survive in a world full of oppression and inequity.

As I consider what I’ve learned from refugees like Mary and Esther, in light of the injustices taking place in our country, I can’t help but draw a connection between the two. I’ve been asking myself lately:

How can we truly empathize with our African American brothers and sisters unless we listen to the pain that 400 years of racism has caused?

How can we understand the plight of the poor unless we listen to their pleas?

How can we move beyond the deep political divide unless we listen to the other side?

In general, how can we love without listening? 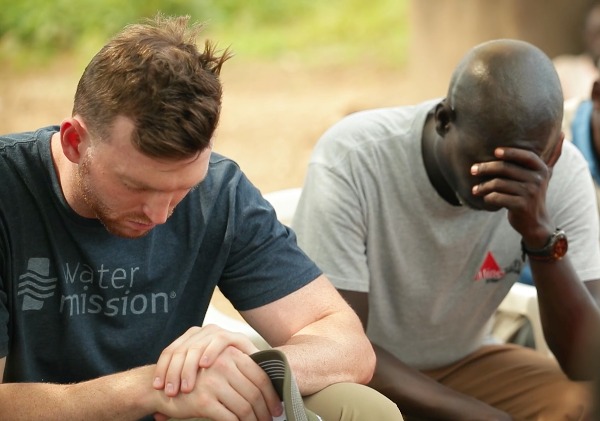 I believe empathy is at the root of the solution. We must first come with open ears and hearts before we can affect change to end oppression and suffering. Ravi Zacharias said it best: “You can’t fully understand someone’s heart unless you understand what hurts them.”

Ministry is messy and it takes time, but it’s exactly what God expects of those whose heart is for Him. Moments like these are an opportunity to lean into the Lord for wisdom and guidance.

I hope you join me in listening and praying:

God, heal our world and break our heart for what breaks Yours. Give us ears to hear. Let us be slow to speak and abounding in steadfast love. AMEN.