Blaine Boyer is a retired professional baseball pitcher living at the intersection of sports and Christianity. His faith is as strong as his pitch, proven both by his successful MLB career and philanthropic impact on the global water crisis through Water Mission. From Atlanta, Georgia, to Uganda, his example as a Christian athlete inspires fans, teammates and donors alike.

Boyer spent his childhood swinging a bat and running on sports fields in Marietta, Georgia. Athletics were a significant part of his life, although he now notes that it creeped into a form of idolatry. He was playing for the acceptance of his peers and the approval of a crowd. But at 15 years old, he had a life-changing conversation.

Sitting around a campfire at a friend’s lake house, his friend’s grandmother shared the story of Jesus. He was stirred by the news of forgiveness and eternal life. In that moment, Boyer began walking a new path — one that glorified God and used his gifts for the Kingdom.

Boyer officially entered Major League Baseball in 2005 as a pitcher for the Atlanta Braves. He spent the next seven years on the field before retiring in 2012 — or so he thought. By then, Boyer was married with two children (he now has three), and he regretted being away from his family when he traveled. He began working at a brokerage firm to be close to home. Just one year later, however, he felt convicted that he wasn’t using his God-given talents.

As Boyer told My Faith Radio in 2015, “I certainly don’t want to have to stand before our Father one day and have Him say, ‘Hey man, I gave you all these abilities and you squashed it.’” He felt the Lord leading him back to the game, compelled to use his talent once again.

Boyer signed with the Kansas City Royals in 2013. Although he has played on a number of teams since then, until his retirement in 2018, one important thing changed: his family traveled with him.

Between playing baseball and being a husband and father, he also made time to carry out the commission of Galatians 6:9. The Apostle Paul writes, “Let us not become weary in doing good, for at the proper time we will reap a harvest if we do not give up.” Boyer’s involvement with Water Mission, a Christian engineering nonprofit, opened his eyes to the global water crisis. 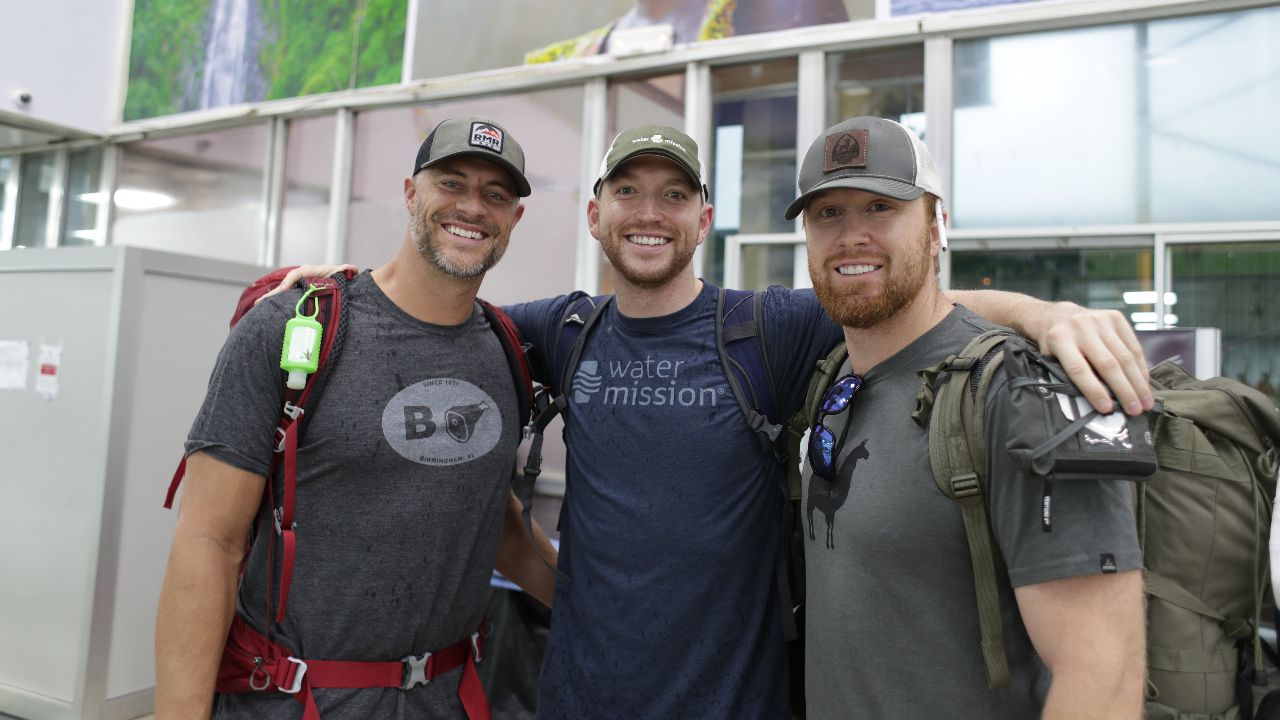 Blaine Boyer (right) with Jason Standridge (left) and Kyle Hanlon on a 2019 trip to Uganda. (Photo courtesy of Water Mission)

In 2019, Boyer accompanied Water Mission and two other baseball players, Jason Standridge and Kyle Hanlon, on  a trip to Bidibidi, Uganda, the world’s second-largest refugee settlement. They witnessed the challenges that people displaced by war and famine endure.

“Being on the ground here in Bidibidi has really brought home what these women and children had to endure — to walk 15 days just to get into the refugee settlement,” he said. “To hear about how unclean water has ravaged this area with disease, and how things have now changed, has been mind-blowing.”

Of the 230,000 refugees living in Bidibidi, Boyer spent time with two refugees in particular, Mary Yangi and Jesica Ponga. They shared with him about how the water supply was unreliable, unsafe and never enough. Both women had lost loved ones on their journey to the settlement and were weary from walking long distances in the hot sun to the water source. 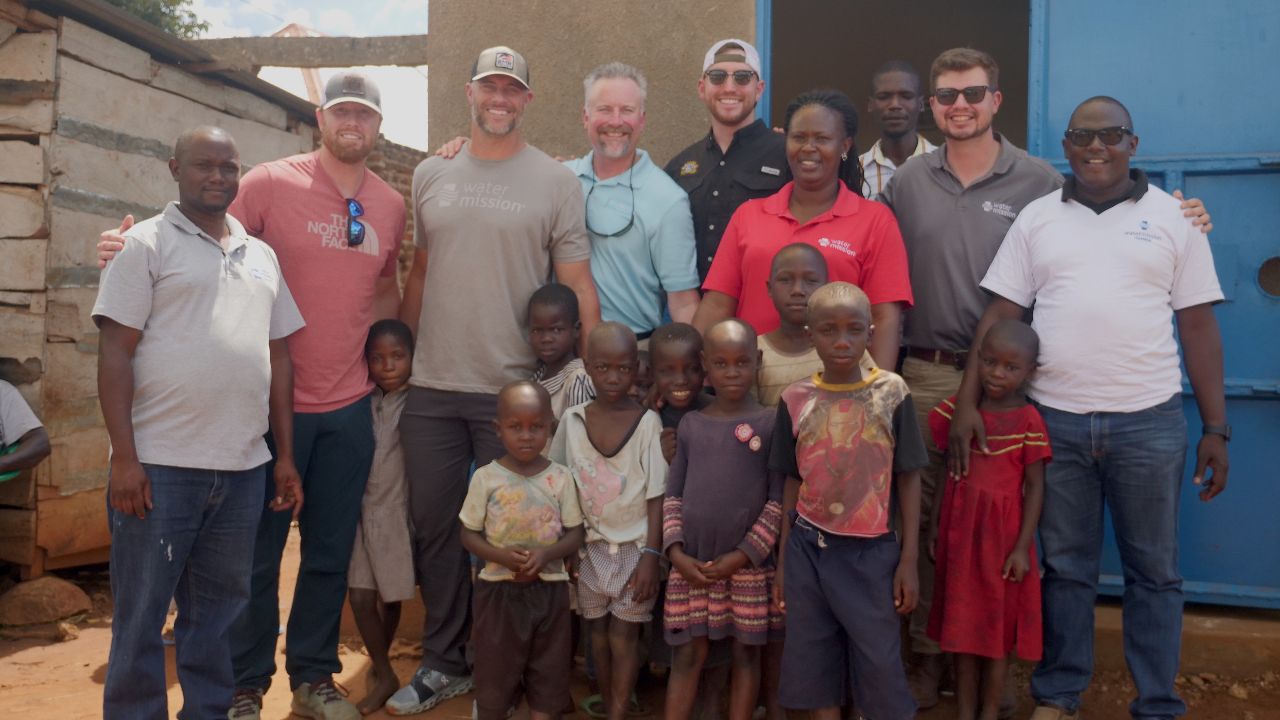 Blaine Boyer (second from left), Jason Standridge and Kyle Hanlon visited Uganda in 2019 to serve to in need of clean water. (Photo courtesy of Water Mission)

On Boyer’s trip, he saw how Water Mission has provided the settlement with safe water solutions near dwellings, with multiple taps to serve many people at once. Moved by what he witnessed and the testimonies he heard, he acknowledged, “We all have to band together to overcome this.”

Boyer and his family’s support of Water Mission is a tangible example of doing good for others. Boyer continues to use his gifts to the glory of God.

To learn more about safe water, sanitation and hygiene solutions in developing nations and disaster areas, please visit watermission.org. You can join the team of Christian athletes like Blaine Boyer who help ensure that all people have access to safe water and an opportunity to experience God’s love.