How faith drove a former D-I basketball coach to broadcasting

They say there are three different answers to prayer.

B. God says no (but yes to something better).

In the case of a certain former basketball coach, whose name now hits ESPN airwaves and headlines a podcast that’s featured everyone from Dabo Swinney to Dwight Gooden, the answer might have been, “D. All of the above.”

At the tail end of the 1980s, Richmond Weaver was on staff with one of the most successful Clemson men’s basketball programs since Bill Foster took the Tigers to the Elite Eight in 1979-80. A student manager under two-time Atlantic Coast Conference Coach of the Year Cliff Ellis, who ranks in the top 20 of NCAA Division I basketball coaches with more than 800 wins, Weaver parlayed experience with a 24-8, ACC-champion Tigers team into the baby steps toward his own D-I legacy.

With a management degree from Clemson in tow, he found his first assistant job with New Jersey’s Farleigh Dickinson University in 1993, making inside ticket sales for the Brooklyn (then-New Jersey) Nets along the way. A year later, he moved to the University of Maryland-Eastern Shore to help coach the Hawks. Two seasons with UMES kept alive Weaver’s childhood dream of a life intertwined with hoops. And even after that program dismissed its entire staff in 1996, the aspiring head coach had his sights set on a reunion with Ellis, who had joined Auburn University and was set to replace his exiting right-hand man.

“One of his top assistants was going to take the head coaching job at a JUCO (junior college),” Weaver told Sports Spectrum. “(But) unfortunately, the Auburn assistant decided not to take the JUCO job. It was late summer and most of all the jobs had been filled.”

So Weaver held out hope. Except, as he did it, he also bristled at what he considered lowly openings.

“Pride began to set in, as I felt that I couldn’t accept any job other than a job at a Division-I school,” he said. “While both FDU and UMES were low Division I, I still felt that I was a Division-I assistant coach, [and] therefore that’s the only level that I could continue coaching.”

Before long, his dream of working in sports had evaporated. And it wouldn’t return for decades.

By recommendation of his college roommate, Weaver latched onto a medical-equipment sales position as a “temporary” solution. At the time, he was “disenfranchised with basketball because I thought I got the short end of the stick,” but mostly, he just needed to make a living. In February 1997, he got into the pharmaceutical business, beginning his sales job. And since, by the following year, he was also married to his wife, Karen, the “sense of needing to have stability” started overtaking the desire to, at some point or another, revive his path to coaching. 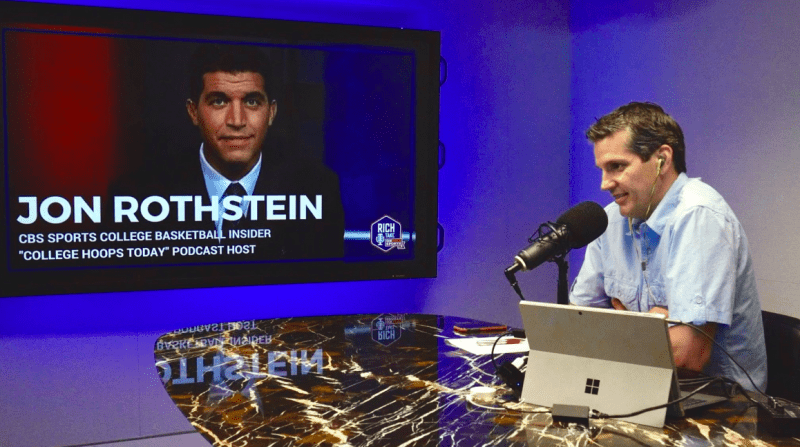 Richmond Weaver was no longer an up-and-coming D-I basketball coach. He was no longer the next big name to emerge from out of Cliff Ellis’ shadow. In a society and particularly a sports world hyper-focused on “what have you done for me lately?” attitudes and celebrity status, he was a nobody.

He lost his coaching connections, most of which were kept in a pre-Internet era of “letters, direct phone calls on a landline” or voicemails. For the first time in years, he skipped the Final Four. He didn’t renew his membership to the National Association of Basketball Coaches. And when he was promoted to national sales trainer late in 1998, a transition necessitating a move to San Diego, he figured that was the nail in the coffin.

“I remember thinking to myself as we were on the plane, ‘Well, that’s it. I’ll no longer be a basketball coach.'”

Almost 10 years later, however, Weaver found himself on the precipice of new life. He was still neck deep in healthcare sales, and he still had another 10 years of similar work awaiting him. But it was in 2007, when he began believing in Jesus Christ as his Lord and Savior, that Weaver finally started freeing himself of pressure to do everything from resurrect buried career goals to fully appreciate fatherhood.

“My life before then was always about trying to fill a void with anything from this world,” he said. “Never knowing my biological father, I have always struggled with abandonment issues, and it was even more pronounced as we had our first child in 2000 … That void was filled in 2007 with Jesus, and I now know that I have the ultimate Father, a Heavenly Father, who loves me with love that could never be put into words.”

Spurned to “reject passivity” in his relationship with God, Weaver kept on chugging along. And a decade later, after his passion for sports was rekindled thanks to new perspectives on its role as an escape from childhood dysfunction, he felt the call to get back on the court for good. Just not in the literal sense.

It started with watching the 2017 national championship between Clemson and Alabama, a football game that starred his alma mater and convinced him “anything’s possible.” It continued with winning a silent-auction bid to see ESPN Upstate Radio behind the scenes, something he wished for as an avid podcast listener. And it solidified with ESPN’s Mark Sturgis inviting him and his college coaching experience onto the South Carolina airwaves to talk March Madness.

“At that point,” Weaver said, “I knew God was telling me to start a podcast.”

If he had thrown up a prayer something like 20 years earlier, when the stars just nearly aligned for a life in sports before fading to Earth, it appeared, in 2017, that God was finally answering it. His dream didn’t come about as he had originally hoped. (“Never in a million years” did Weaver expect to be podcasting, which he does now alongside current, former and Hall of Fame athletes and analysts on “Rich Take on Sports.”) But it did, in fact, come about.

Weaver is now based in Greenville, S.C., where Karen and their three kids can hear Rich on ESPN Upstate as a co-host of “The Huddle,” named 2016’s Sports Talk Show of the Year by the state’s Broadcasters Association. His podcast, which kicked off in May 2017, has already churned out almost 75 episodes, every one focused on “the influence and impact of sports in our daily lives.”

So while a lengthy D-I coaching career may not have been in the cards, God’s plan most definitely was.