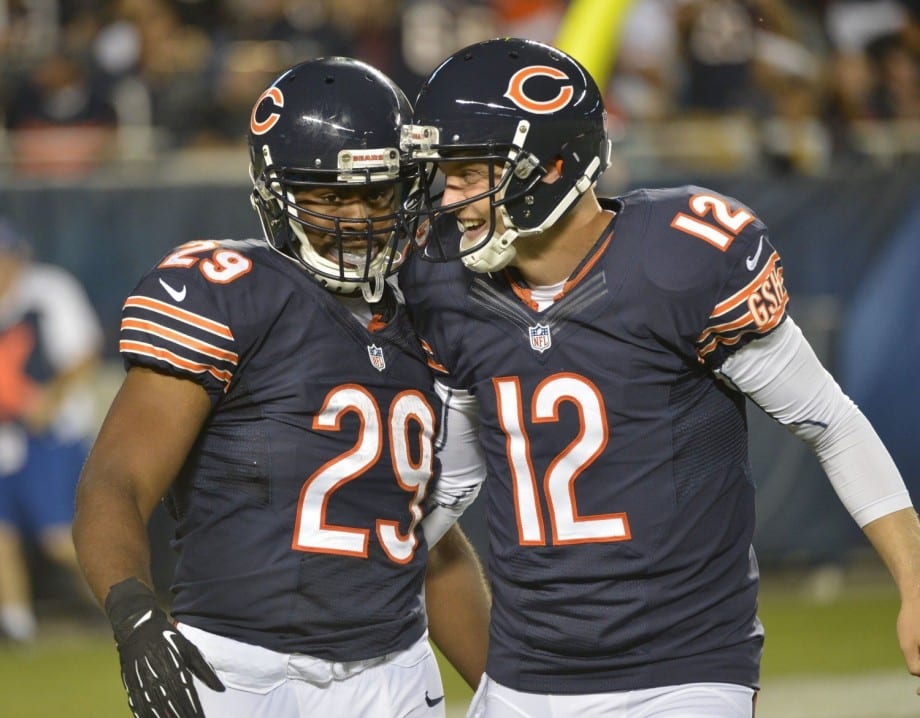 But he was ready for whatever God had for him.

“There are paths that cross in your life that are out there; you don’t even know they are coming,” he said in a My Story video by the ministry, The Increase. “What are you going to do when you get them? And are you going to join God in His mission or are you just going to miss or are you going to be so consumed with what (you have) going on that (you) miss what you can do with Him?”

McCown’s career  began in 2002 with the Arizona Cardinals, but he has never played a full season. After getting in only two games in 2008 and one game in 2009 (both seasons with the Carolina Panthers), he played in the United Football League in 2010 with the Hartford Colonials and had the league’s highest passer rating.

No NFL team came calling, though.

“My prayer and my desire was to be in the locker room, so I go through that whole offseason and, again, the phone doesn’t ring,” McCown said in the My Story video. “So, I said, you know what, I’ve got to do something besides sit on my hands and wait; I need to get out there and serve.”

He volunteered to coach quarterbacks at Marvin Ridge High School, just outside of Charlotte, N.C.

Just after the 2011 high school season ended in a playoff run in November, Chicago called McCown because of an injury to starter Jay Cutler.

McCown played three games near the end of that season, but returned to Marvin Ridge to coach quarterbacks in 2012 after being cut again.

“We get scarred and we get hurt because what we expected did not happen,” McCown said. “When I sit in my quiet moments, I say I want to please God, my heart is to please God, and there’s gotta be faith involved, and there’s gotta be things and elements in my life where I can’t see what’s coming next. If anything, it has encouraged me to push myself in those moments as much as I can.”

Brett Honeycutt is the managing editor at Sports Spectrum magazine. This story was published in the November 2013 DigiMag.