Like many collegiate athletes around the country, Liberty University junior Abby Phillips is dedicated to success. Unlike many others, Phillips competes in two different sports: volleyball and high jump.

Prior to competing in track, Phillips was focused solely on volleyball. Everything changed, however, when the Sante Fe Christian High School (Solana Beach, California) track coach saw her during a club volleyball practice. He noticed her athletic ability and asked her to come to a track practice. She reluctantly agreed, but that reluctance quickly turned to joy as he encouraged her in her new sport. 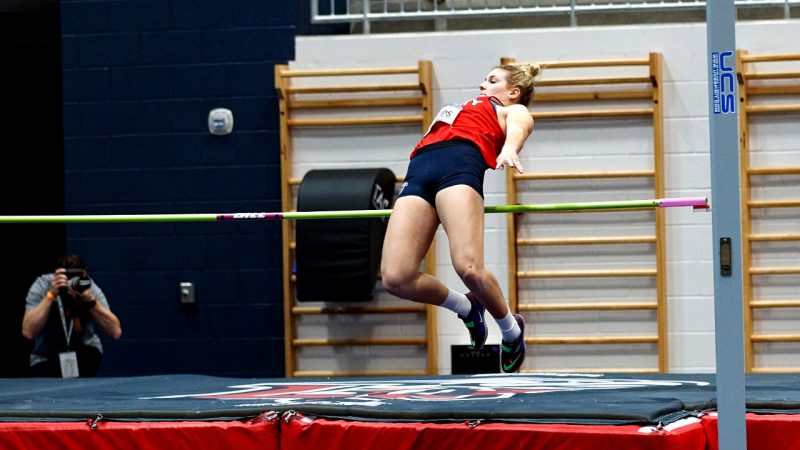 Phillips was a track athlete in her freshman, sophomore and junior years of high school. In her senior year, she dropped track to focus solely on volleyball.

That move paid off as she received a scholarship to play volleyball for Liberty. Once there, Phillips reached out to the track team to see if a spot was open for her. This time, she would only compete in high jump instead of the six events she did in high school.

“She asked me if [playing two sports] was a possibility early on and I was like, ‘Yes, absolutely,’” Liberty volleyball head coach Trevor Johnson told the Liberty Champion in 2020. “When you have an athlete like that, it is awesome you can share, and it does not conflict with both sports. If it helps [the track team], great.”

Preparing for two different sports can be exhausting, but for Phillips, the relationships she is able to cultivate make the struggle worth it.

“One of the things I’m most passionate [about] is just my relationships,” Phillips told Sport Spectrum. “And so, the idea of meeting new people and having another whole team and other people that I get to spend time with and grow closer with and train with, was so exciting for me.”

In addition to these rewarding relationships, competing in high jump allows Phillips more control over her success than is possible in volleyball.

“I love volleyball and it is my primary sport, but so much of it is out of my control, whether it’s playing time, traveling or my stats for that day,” she said. “But track is consistently my event and I can work towards it and it’s up to me. That feels so much greater because I’m in control of it, but even the failures make it greater because it’s on myself.”

“My sport and my competition is an act of worship, and it’s by the way that I compete and carry myself and talk to my teammates, talk to my coaches and respond that ultimately showed Christ through me to others. That’s why the Lord’s given me these talents and these gifts. They’re not my own at all.” — Abby Phillips

As a self-proclaimed follower of Christ, Phillips uses sports as an avenue to praise God. Instead of using her gifts to glorify herself, she uses them for a higher purpose.

“Volleyball and track are an act of worship,” Phillips said. “My sport and my competition is an act of worship, and it’s by the way that I compete and carry myself and talk to my teammates, talk to my coaches and respond that ultimately showed Christ through me to others. That’s why the Lord’s given me these talents and these gifts.

“They’re not my own at all. He gave them to me to serve as an act of worship to Him.”

Even though she grew up in a Christian home, it wasn’t until high school that Phillips truly embraced the Gospel.

“I think I kind of made my faith my own in high school when I was faced with trials and temptations and that kind of thing, and had to realize like, ‘Am I going to live for the world or live for the Lord?’ So, I definitely made the decision to truly live out my life instead of just going through the motions of going to a Christian school and church and just making it like that,” Phillips said. 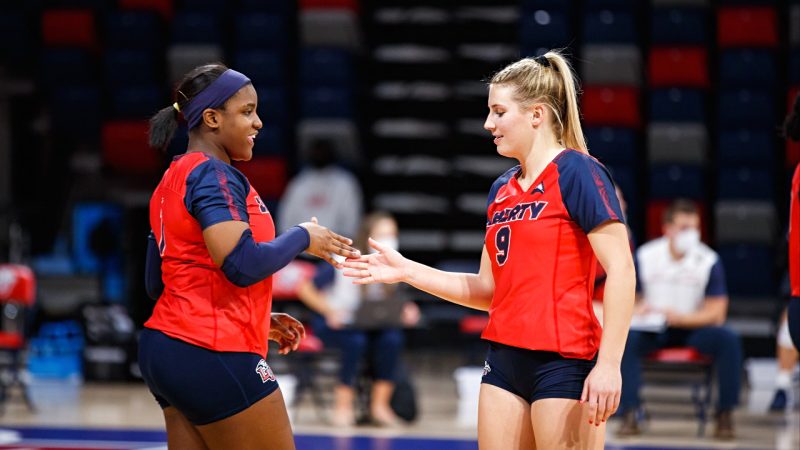 While she now attends one of the largest evangelical Christian schools in the world, she often competed with non-believers in high school. Doing so provided her with the opportunity to share the truth of Christ with those who may not share her faith.

“Just even the way that I’ve been able to talk and be in a relationship with them but still be different from them has caused my secular friends to ask questions of, ‘Why do you do this?’ and, ‘Don’t you do this? That doesn’t make sense to me. I know Christians do that, but why?’

“So I’ve been able to have those vulnerable and authentic conversations, not coming from any place of judgement or anything like that, but just truly to understand why we believe different things and why we don’t do certain things,” Phillips said. “It’s through my actions that I’ve been able to be a testimony to non-believers.”

Even though she will not be able to compete this fall due to a torn ACL she sustained in the spring, Phillips looks forward to glorifying God on and off the volleyball court and the track next season.

Kaleo Kanahele Maclay is a Paralympian, pastor and mom going for gold in Tokyo