Baseball has a unique way of forming bonds between individuals of diverse backgrounds and personalities by putting complete strangers together with the common thread being the pursuit of baseball.

The dynamic deepens, however, when teammates share a love of Jesus — as is true for Toronto Blue Jays prospects Grant Townsend and Trevor Schwecke, who played together for the Vancouver Canadians this season in the short-season Northwest League.

Both players point to their parents for instilling the importance and virtues of faith in them throughout their childhood, until their relationship with God became their own as they grew older, particularly in their college years. But it didn’t happen overnight.

“I got a little too caught up in the college scene during my freshman year, and I lost contact with my faith in terms of just talking to Jesus, and praying,” Schwecke recalled of his first year at UWM. “Looking back, it’s very easy to take the route where you’re trying to impress everybody and live that lifestyle, but it is so much more worth it to choose a life of faith and a relationship with Jesus Christ, and focus on what you’re doing with Him.”

Schwecke, a native of Marshfield, Wis., came to a realization during his sophomore year that he had to make changes in his life.

“It was almost like an epiphany where I realized, ‘I’ve got to change my life around,’” Schwecke said. “I grew exponentially in my faith that year once I devoted my life completely to Jesus Christ.” 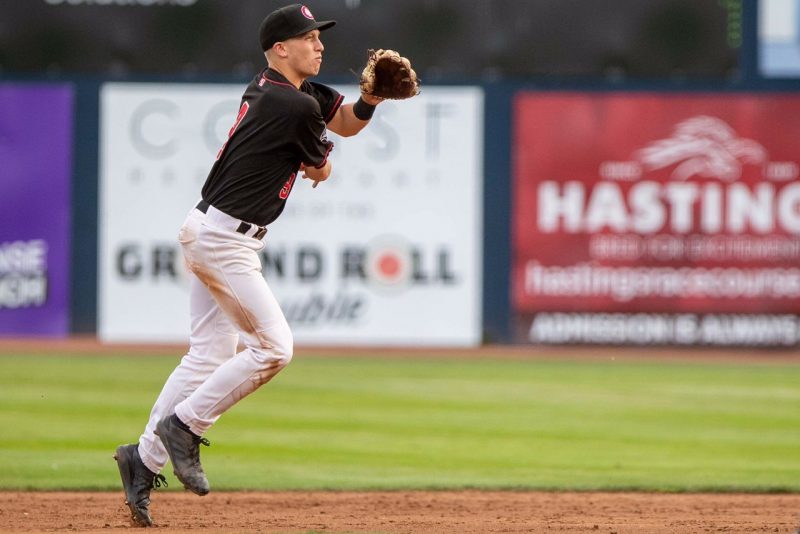 “I grew exponentially in my faith that year once I devoted my life completely to Jesus Christ.” — Trevor Schwecke

Schwecke attended and played three years at UWM, and points to relationships with teammates being instrumental in “opening the door” back to faith. One teammate he pointed to was pitcher Jake Sommers, who now pitches in the St. Louis Cardinals organization.

“Every week, we’d have a what was like a book club, and we read one that talked a lot about the adversity that you will face when pursuing a relationship with Jesus, including things like temptations and anything you might deal with on a daily basis,” Schwecke remembered.

Further, Schwecke was invited to attend meetings with UWM’s chapter of Athletes In Action, which met weekly at the home of a coach on the women’s basketball team.

“Every Tuesday night there was about 10 to 15 people, and we would just read from the Bible and talk about it. It was a really intimate time of hearing testimonies and sharing experiences,” Schwecke said.

Schwecke says that a tangible change for him has been how he carries himself on the field.

“I used to be a guy who would throw my bat and curse when I got back to the dugout after a bad at-bat, and I knew that that is not how I wanted to carry myself,” he said. “Baseball is a game of failure, and because of that, when you’re between the lines, it can be really easy to be quick-tempered. One way I started to change that is staying a little more humble and more relaxed. I try to see God’s plan and trust in His process, and that helps me to not get too caught up in the statistics and the results of every single at-bat.”

Townsend’s perspective on baseball’s role in his life is similar.

“My faith really helps me through all the highs and lows. It’s bigger than baseball, it’s bigger than anything I’m going through, and that perspective has really helped me get through some tough times,” Townsend said, while also noting that his faith walk and his career are closely intertwined. “In baseball, there’s always going to be some low times and there have been times in my past where I felt lost, and I didn’t know what was next for me in my career and in my life. Those are the times where leaning on my faith and knowing that God is bigger than all of it really helped me through it.”

Townsend studied and played two years at Central Arizona College before transferring to Oral Roberts University, where his relationship with Jesus grew strong roots in his one year on campus.

“ORU was a very faith-based school, which was great. I chose to attend ORU because the baseball program is great, but I really found out that not only was faith an important part of the school, but it was big on the baseball team as well,” Townsend said. “Everything around you at ORU is faith-based, and that makes it so easy to find yourself. From classes, to going to chapel, to the baseball team, which was very faith-oriented. I really developed a strong, secure faith during my year at ORU.”

One person in particular whom Townsend built a lasting friendship with at ORU, based on faith and baseball, was fellow pitcher Taylor Varnell, who now pitches in the Chicago White Sox organization.

Upon signing with the Blue Jays last summer, Townsend pitched the remainder of the 2018 season with the Blue Jays’ rookie affiliate in Bluefield, W.V., where he says the team was joined by a chaplain once a week to lead chapel services. 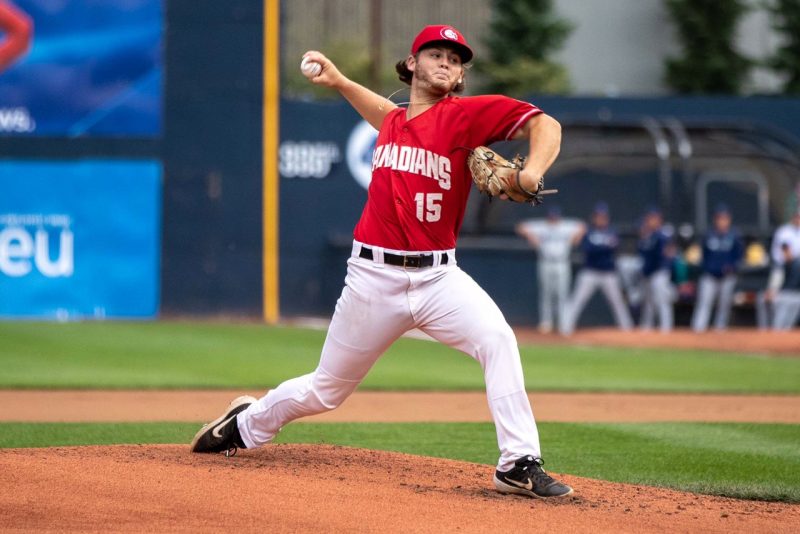 “My faith really helps me through all the highs and lows. It’s bigger than baseball, it’s bigger than anything I’m going through, and that perspective has really helped me get through some tough times.” — Grant Townsend

Players often take leadership of chapels in Vancouver, which Townsend says is a critical time to set aside.

“It’s nice that with the bus rides or other times we have available, we’re able to do chapel as a team. It’s just some of the guys getting together for 15 or 20 minutes, and we just read some Scripture and talk about it,” Townsend said. “Chapel makes it easier to maintain our faith with our hectic schedule. At chapel, we’re all like-minded, so it’s a really comfortable setting to talk about things and really express what we’re thinking or feeling.”

Schwecke said that he begins every day in prayer and last summer began to read each book of the New Testament, and then write about how each reading can be applied to his own life.

“Baseball has provided me a bridge to my faith in Jesus. Part of my morning prayer every day is to stay humble, and without Jesus, I wouldn’t be able to do it,” Schwecke said.

Both players have had solid seasons. Townsend has made eight starts on the mound, and took a no-hitter into the seventh inning of a start back in June, while Schwecke was named a Northwest League All-Star.

Through all the ups and downs of baseball and life, a verse they both keep in the front of their minds is Isaiah 41:10.

“That verse really helps me when I’m feeling down or doubtful, to remember that God is bigger than anything I’m going through and it gives me peace knowing that wherever I’m at in the moment, it really does not matter in the big picture because I know God’s got me,” Townsend said.

Townsend encourages other fellow athletes growing in their faith while pursuing their athletic careers to heed the words of 2 Corinthians 5:7: “For we walk by faith, not by sight.”

“When things are not looking good, or maybe you don’t know if you’re making the right decisions, if you’re following God, He’s got you. And He’ll take you down the right path, and no matter what kind of future you might have planned, the only answer He’s going to give you is ‘not yet’ or ‘I have something better,’” Townsend said.

Schwecke’s message is to simply remember each day what and Whom is ultimately important.

“My relationship with Jesus Christ is more important than anything that happens between the lines,” Schwecke said. “Everything in this life is temporary, but your life with Jesus is everlasting. It takes a lot of courage to say ‘no’ to temptations because you value your relationship with Jesus, and it’s not going to be a one-time thing where you’re completely transformed; it’s a step-by-step process. It’s not always going to be easy but it is infinitely worth it.”

“I’m not a perfect Christian, but that’s not what it’s about. It’s about trusting and allowing God to change you a little bit every day,” Schwecke concluded.

RELATED STORIES:
— Toronto Blue Jays rookie Bo Bichette enjoying MLB debut for the ages
— Rays’ Andrew Kittredge pitches ‘for the Lord’ while on up-and-down baseball journey
— Joel Davis knows ‘there’s a bigger plan for me and it’s more than just the game’
— Josh Mitchell on pitching in Royals organization: ‘God was every bit the reason I made it’