In The News: Zach Johnson 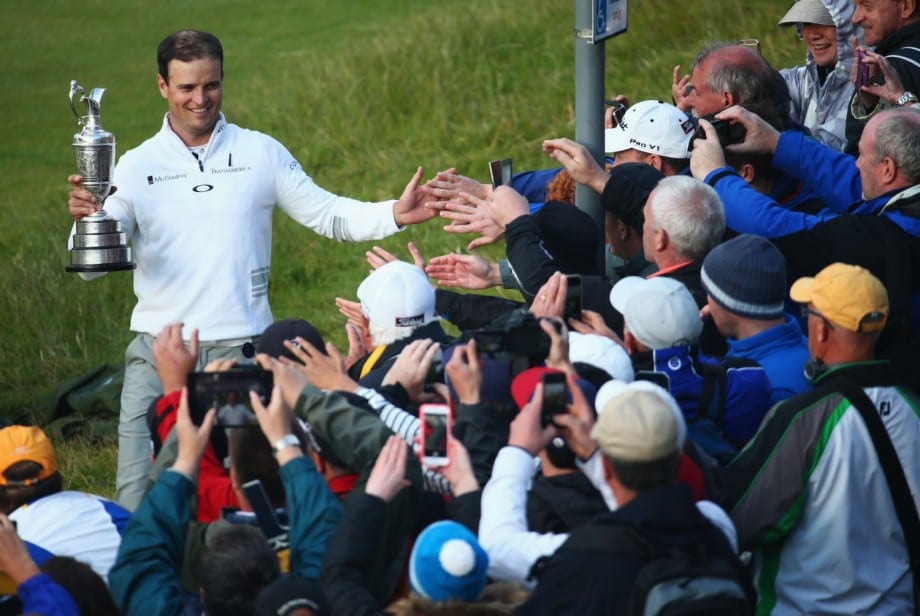 From Zach Johnson’s first PGA Tour win to his most recent victory in the British Open on July 20, he has remained consistent.

Not just in his play, but in how he talks after each win.

“I was reading bits of scripture to myself, things like Psalm 24:7 (which says, “Lift up your heads, you gates; be lifted up, you ancient doors, that the King of glory may come in”),” he told reporters after winning the British Open, his second victory in a Major, in a four-hole playoff against Marc Leishman and Louis Oosthuizen. “I’ve been reading them all week. I thank God for the talent He’s given me, and I take it seriously.”

When he won his first Major, the Masters in 2007, he told reporters, “I felt regardless of what happened today, my responsibility was to glorify God, and hopefully He thinks I did.”

Johnson explained why he is so mindful to acknowledge God when he sat down with Sports Spectrum in an exclusive interview in 2007, “Golf is really my ministry. I just spoke from the heart and let people know how I felt. I’ve always had a platform for Jesus; now I just have a bigger platform.”

Even though people may not have heard much about Johnson’s faith before his Masters victory, he had been talking about God all along.

Just three years before, when he won his first PGA Tour title, the BellSouth Classic in Atlanta in 2004, he shared what was, and still is, closest to his heart when he was interviewed by reporters, “I’ve said it 100 times and I’ll say it again, I feel like I’m an instrument of God’s work out here. God works through me, and I went with it. I get a little ahead of myself at times, and I go back to what got me here (God). I mean, I leaned on Him and it was great.”

In between that first PGA Tour win and his latest victory, he has sandwiched 10 more PGA Tour victories, including four that he won in a playoff.

Calm under pressure on the course, and consistent in his speech after victory has helped Johnson lead a life that is God-honoring.