By Jason Romano May 13, 2017
Kirsten Ferguson tapes an interview with The Increase - Colorado Springs, Colorado, March 2016

D’Brickashaw Ferguson was the fourth overall pick in the 2006 NFL Draft by the New York Jets. The 6’6, 310 pound offensive lineman went on to start every game he played with the Jets in his 10-year NFL career and was elected to three Pro Bowls. 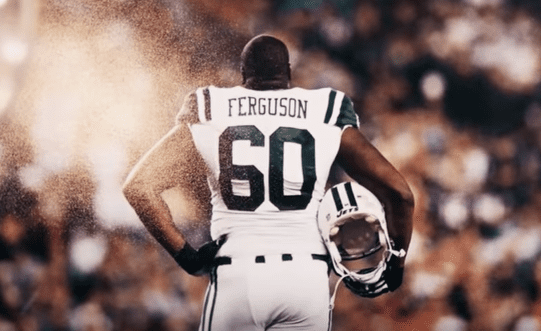 Being an offensive lineman, ‘Brick was known to use his strength to protect Jets quarterbacks over his decade in the league. But it was his job as a husband where that protection and strength was needed most during an extremely difficult time.

D’Brickashaw married Kirsten in July 2, 2011 and immediately, the couple dreamed of beginning a family.

“All the things you dream about as a little girl,” said Kirsten. “You meet your husband, the love of your life. You move into a beautiful home and then you have children and you kind of live happily ever after. That was my mindset.”

Soon after being married, the Fergusons became pregnant.

“We went in and we saw the ultrasound,” said Kirsten. ” I was just chitchatting with the girls doing the ultrasound and then all of sudden it went quiet. My doctor told me by this time you should be seeing a heartbeat but there wasn’t even a baby. There was nothing.”

D’Brickashaw and Kirsten were experiencing a miscarriage.

Kirsten says she was in the worst pain, having to be induced and deliver a baby that would not survive.

“I just remember screaming his (D’Brickashaw’s) name,” said Kirsten. “And he comes running in and it looks like a murder scene in our bathroom.”

D’Brickashaw Ferguson knew that the only thing he could do was be there and support his wife during this difficult moment.

“She’s very very weak at this time,” says D’Brickashaw. “And I’m like, I have to be strong because we’re supposed to lean on one another. God had shown up in our life before and I knew that he was real and I just knew that this was one of our trials.”

The next six months were filled with more trials and conflict for the Fergusons. Kirsten was focused on having kids, but D’Brickashaw wasn’t ready to jump back in after what they just went through. After seeking wisdom from pastors and counselors, it helped bring them clarity and unity as a couple. Soon after that, they got pregnant for a second time.

As they began to plan a trip to Israel, Kirsten decided, at 8 1/2 weeks pregnant, to check with the doctor before leaving and make sure everything was ok.

“The lady put the gel on,” said Kirsten “I look up at the screen and there was no heartbeat. The baby was just lying at the bottom of the sack. And that was really hard. I remember asking them to keep checking but there was nothing.”

The Fergusons had experienced a second miscarriage.

“I was angry with God. I was mad,” said Kirsten. “I couldn’t understand it. It was so hard to just live everyday life.”

Kirsten Ferguson says the hardest day for her was going to church on Mother’s Day.

“The Pastor asks all the Moms to stand up and he gives every woman a rose. And that feeling of having to stay seated was so heartbreaking.”

But Kirsten says that while it was hard to continue going to church, one day, while sitting down in the sanctuary, a random woman that she didn’t know, came up to her, without knowing who Kirsten was and she said to her, “God has not forgotten you.”

“I was blown away by what she said. Blown away. I just broke down. I told her ‘you have no idea what those words just meant to me.’ And I just remember having hope in that prayer. I hear you God. I know you’re still there.”

And after hearing that prayer, Kirsten’s relationship with God grew stronger. And then, for a third time, Kirsten got pregnant. After months of prayers and hopes and fears and doctor’s appointments, the world was introduced to Eden Grace Ferguson. 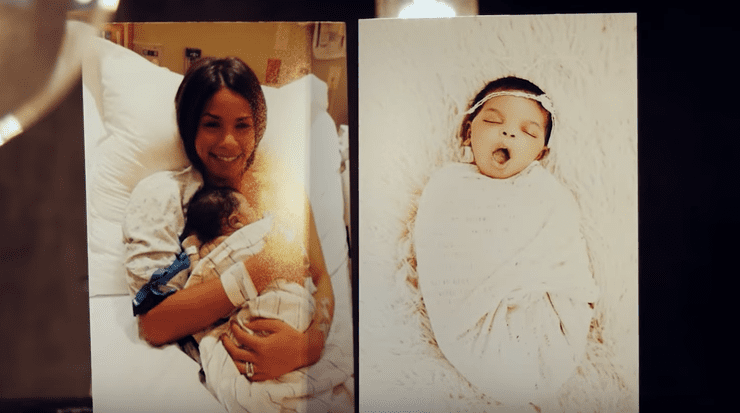 “I don’t even know if I have words that I can describe the joy I felt,” said Kirsten. “It was just like, of course it’s you. Of course I was waiting for you.”

And then one year later, Emery Faith Ferguson came into this world. The Ferguson’s now had two daughters. 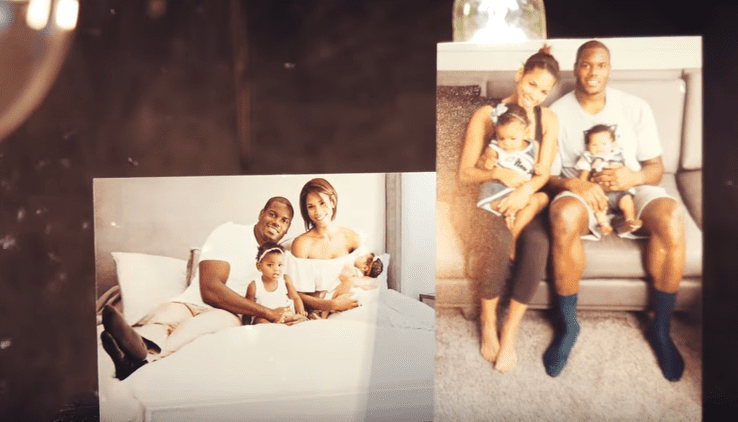 D’Brickashaw and Kirsten Ferguson with their daughter’s Eden and Emery. (Photo courtesy of the Ferguson family)

Kirsten’s message to everyone out there going through difficult moments is a simple but profound statement.

“God has not forgotten you.”

D’Brickashaw and Kirsten’s full testimony and story is featured at TheIncrease.com

You can also watch it below.