Stefen Wisniewski is a 32-year-old NFL offensive lineman who is currently a free agent. He’s started three of the past four Super Bowls, winning Super Bowl LII in 2018 with the Philadelphia Eagles and Super Bowl LIV in 2020 with the Kansas City Chiefs. Below, Wisniewski shares about the trials he experienced in 2020, how God was sovereign over them all and how he aims to see Christ increase in his life.

As a kid born and raised in Pittsburgh, who grew up attending football games in black and gold, I was thrilled when the Steelers offered me a contract last year. My family went crazy with the news.

However, my Steeler experience didn’t turn out as I expected. I thought I’d have a chance to be a starter, but that didn’t happen. I only played in one away game, in which I was injured and then placed on injured reserve for eight weeks. Prior to this, I’d never missed that much of a season due to injury. As an athlete, when you’re hurt, you essentially have no value to a team. You can feel kind of worthless.

Thankfully, my identity is in Christ.

Through faith in Christ, I am an adopted son of God. I am forgiven. I am loved. God is for me, not against me, and I am more than a conqueror. Because of Christ’s shed blood on the cross, I will spend eternity in Heaven with God. These Biblical truths are the solid foundation on which I build my life. Any foundation or identity other than faith in Christ is like a house built on sand — eventually it will fall.

My identity or attitude shouldn’t change whether I’m playing great or terribly, hurt or healthy, starting or on the bench. I believe Christians should have the best attitudes on the team, and in the world, because of our eternal perspective. I was able to rejoice despite my frustrating circumstances because I knew God was with me through it all.

“I believe God allows us to endure trials for a purpose and He can end a trial whenever He chooses. It was a rollercoaster year for me, and these trials ensured I knew all of it was His doing. All glory goes to Him, in victory or defeat.” — Stefen Wisniewski 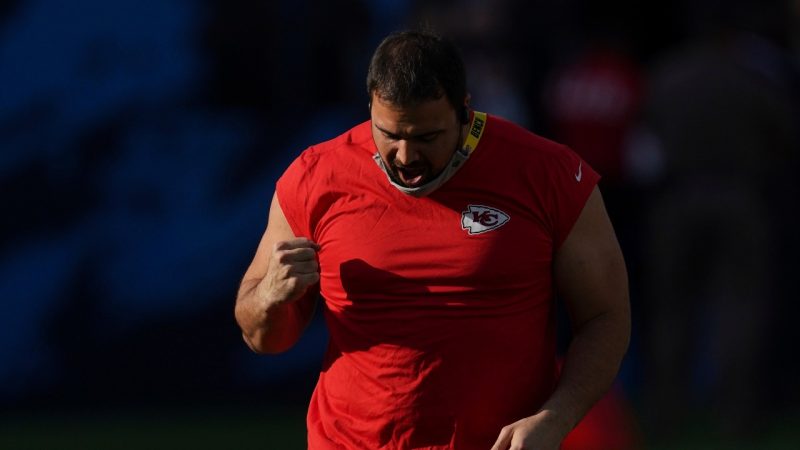 After being on IR, I was cut from the Steelers and spent a few weeks unsigned, and unsure if I’d ever play again. But two weeks later, the Chiefs called and I was really excited to play there again, having won the Super Bowl with them the previous year. I was hoping to get my starting job back, and while that didn’t work out at first, I found myself starting in the Super Bowl — my third Super Bowl start in the past four years.

It’s so crazy and humbling to see what God can do — whatever He wants, whenever He wants. I believe God allows us to endure trials for a purpose and He can end a trial whenever He chooses. It was a rollercoaster year for me, and these trials ensured I knew all of it was His doing. All glory goes to Him, in victory or defeat. We lost the Super Bowl, which was heartbreaking. But I still led the postgame midfield prayer, because God is worthy of our worship and thanksgiving no matter what happens.

Looking back, I wouldn’t have written the story any differently. God wrote it in a way where He is the only one who can say, “Yeah I did that, not you.” I am 100-percent aware that none of this is about me. It’s all about God.