Mary Pierce is a former pro tennis player who won two singles Grand Slam titles during her career: the 1995 Australian Open and 2000 French Open. She was inducted into the International Tennis Hall of Fame in 2019. Below, Pierce shares her story about tennis success, coming to know the Lord, and how Christ has increased in her life.

I give all the glory to the Lord, because I was born again just three months before that tournament.

When I was born again in March 2000, I finally understood why I was playing tennis. Before, it wasn’t really what I wanted to do; I wanted to be a pediatrician. But from the very first day I touched a racket at 10 years old, I was playing as well as kids who had been playing for years. So when I was born again, I knew obviously that it was God who gave me this talent to play tennis.

Ok, now Lord, what do You want me to do?

I was ready to do anything He wanted me to do, but it was clear God wanted me to play tennis. So I was determined to do my best for the Lord so that He would get all the glory. My faith in Jesus changed everything in my life. In everything, I wanted to give my best for God’s glory.

Playing the French Open as a French player is an amazing experience. You have the whole crowd behind you and the atmosphere and energy is incredible! But there is also a lot of pressure and expectation. All of the French players have a lot of trouble playing at Roland Garros because of that. But that year, in 2000, I was so different. I was so changed. Even the journalists saw that I was more calm; they thought I had done mental training. I told them, “No, I haven’t done any mental training. Now my life belongs to the Lord.”

After I gave my life to the Lord, I knew that when I went to go play matches, I wasn’t in control. From then on, I knew God was in control so I had nothing to worry about. The only things I could control were my effort and my attitude, so that’s what I did. It took all of the pressure, stress and expectation off of my shoulders.

“I was so different. I was so changed. Even the journalists saw that I was more calm; they thought I had done mental training. I told them, ‘No, I haven’t done any mental training. Now my life belongs to the Lord.'” — Mary Pierce 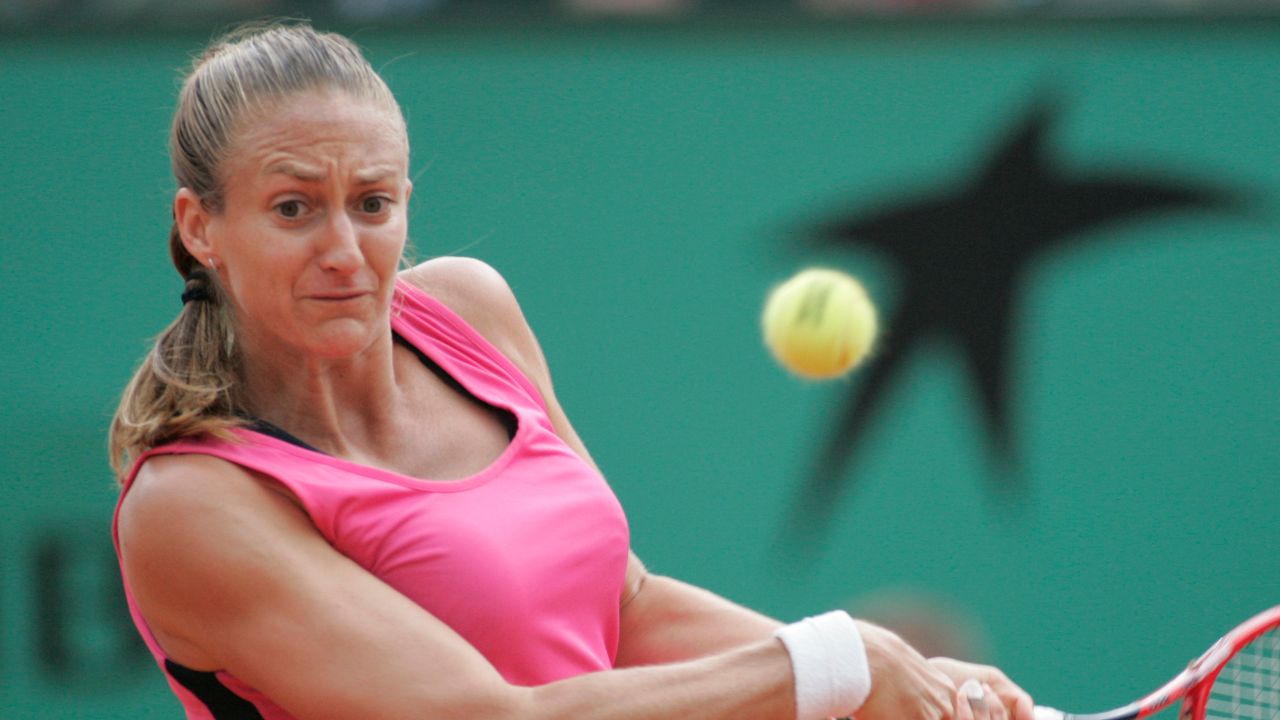 I was raised Catholic and went to Catholic school and mass every Sunday. I believed in God and prayed every day, but I had a really hard childhood. My father was my tennis coach and he was extremely abusive verbally and physically. Life was hell on earth. I was living in fear every day until I left home at 18 years old. I left with a lot of hurt, anger and unforgiveness.

I continued to play tennis and was able to have incredible success. I was able to compete professionally at such a high level, but on the inside I was so hurt, vulnerable and full of so much pain. I was searching for something that was going to heal my heart. I started to have a lot of questions and began spiritually seeking. I was really in search of the truth. I wanted something that would bring me peace and heal my heart.

Despite all the success I had in my tennis career — at 19, I made my first Grand Slam final; at 20, I won my first Grand Slam title; ranked No. 3 in the world, I was at the top of the world — I was so empty. Looking from the outside anyone would think, “Mary has got it made!” Everyone from the outside would want my life but on the inside I was so empty and miserable, and I didn’t know what I was missing. I tried filling it with so many different things like relationships or partying, but nothing could fill that void. Things were only temporary and I would feel worse and worse. I was crying out for help.

Then a girl on the tour became friends with me. Linda Wild, an American, was really different. She really stood out. I knew she had something different. She really cared about me as a person, and no one else on the tour was like that. One day while we were chatting, she asked me, “Do you know who Jesus is?” I said “yes,” but then she asked me if I had a personal relationship with Him, and I said “no.” She told me He was alive.

She asked me if I believed in Heaven and hell, and I said “yes.” Then she asked if I died today, would I know where I’d be going. And I said, “Well, I think I’d go to Heaven.” She asked me why, and I said, “I don’t think I’ve done anything too bad or enough of it to go to hell.” She told me that wasn’t true.

She then told me how she was born again and that the Bible was very clear on how we can be certain that we will spend eternity with Him in Heaven. She explained to me about how I could believe in Jesus, repent from my sins, be born again to live for Him, and then have Jesus in my heart.

I couldn’t believe it was that simple! I just knew that what she was saying to me was the truth. It spoke to my heart. I wanted what she had and she had Jesus in her heart.

For me, it was very clear. I was in my hotel room one morning and said, “That’s it. I’m done living my life this way.” Alone in my hotel room I prayed and gave my life to Jesus. It was then that I had an incredible peace and knew the love of Jesus. I knew I was forgiven and had eternal life. That’s when He started to heal my heart from my past wounds. He took it all away as if I was a new person.

For me, this is the greatest miracle in my life — after being born again.

Bears RB David Montgomery as he enters contract year: 'Without God, I can do nothing'

INSIDE THE CHAPEL PODCAST: Jaguars Chaplain Maurice Williams — 'Audience of One'

Raiders QB Derek Carr content in Christ: 'I don't need the world to give me anything'

Get our weekly newsletter in your inbox every Wednesday morning.