Still on the Diamond 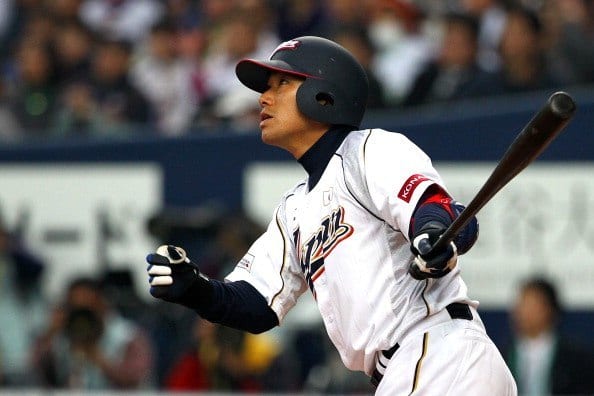 Aikawa credits his Christian faith and appreciation to God for his long career in professional baseball. He recalls becoming a Christian after going to church with his family as a youngster. “I was in the third or fourth grade in elementary school and was impressed by my parents’ praying and worship of the Lord, and I have tried to carry on that tradition.”

The family consists of six members, including Aikawa’s mother and father and three siblings besides himself. Their religion is Baptist.

Hailing from Chiba Prefecture east of Tokyo, Aikawa was a high school baseball star in Tokyo and was selected as a No. 5 draft choice by the Central League Yokohama BayStars in 1995.

Despite being drafted so low, he later became one of Japan’s best catchers, an all-star and a member of the first World Baseball Classic championship team in 2006. He also represented Japan in the 2013 Classic and the 2004 Olympic Games in Athens, winning a Bronze medal.

In 2009, he exercised his right to free agency and moved from the BayStars to the Central League rival Tokyo Yakult Swallows.

Through the 2014 season, Aikawa had played in 1,401 games as a catcher, compiling a batting average of .259. In recent years, as age began to catch up with him, he saw less playing time and appeared in only 58 games in his final season with the Swallows.

Retirement may have crossed his mind, but he felt God giving him the opportunity to play for the Giants—a dream of most every Japanese professional ballplayer—in 2015, which resulted in his signing with Yomiuri. The Giants needed an experienced catcher such as Aikawa, as the club is at a crossroads with players at that position.

Giants all-star catcher Shinnosuke Abe, himself a 14-year veteran, will be moved to first base during the 2015 season, and second-year backstop Seiji Kobayashi may not be ready to assume the catcher’s duties full time. With Aikawa, the team has a man with the background to assist in the development of Kobayashi and take a turn behind the plate when necessary. He would also be a valuable pinch hitter.

“I am excited to join the Giants and to be extending my career,” Aikawa said. “I would like to play actively until age 40 and, after I retire, I hope to remain in baseball as a coach or in some other capacity.” 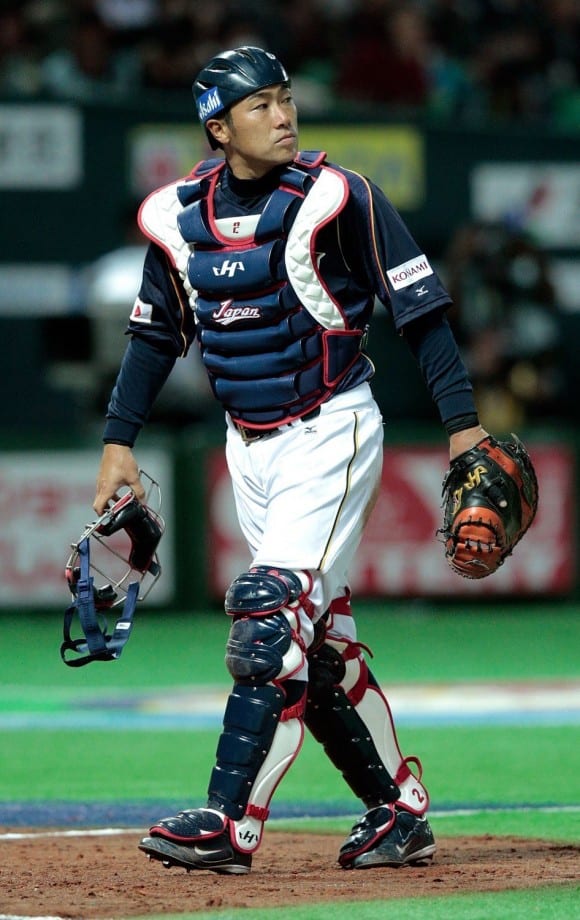 Aikawa has always been a rather low-key type of player; one who just goes out to do his job every day and not expecting any fanfare or a lot of credit. There was one notable exciting incident, however, that occurred on Sept. 14, 2013, when he got into a brawl with Hanshin Tigers American outfielder Matt Murton, an intensely religious and high-profile Christian player.

On a close play at home plate, runner Murton barreled into Aikawa, and they exchanged shoves in an un-Christian-like manner, as benches emptied and teammates from both sides charged the field to separate the unlikely pair of fighters. Both were ejected from the game and fined 150,000 Japanese yen (about $1,500 at the time).

The following day, Murton said it is his style not to play half-heartedly and, since Aikawa was blocking the plate with the ball, he had no choice but to go in hard and try to jar the ball loose.

“I have nothing personally against Aikawa,” Murton said of his fellow Christian. “But, even if it was my brother on home plate, I will go in hard. Aikawa held onto the ball anyway, so good for him.”

For his part, Aikawa admitted he lost control, no doubt remembering it was Murton who had slid into another Swallows catcher, Masahiko Tanaka, earlier that season. Tanaka suffered a dislocated shoulder in that collision. Aikawa had also been bowled over on a similar play by Yokohama’s burly first baseman Tony Blanco.

“Looking back, I suppose it was a normal play,” Aikawa said of the incident with Murton. “I know Murton was just doing his job in trying to score for his team, and Americans have a different, more aggressive style than Japanese on a play like that.”

Japanese baseball chief of umpires Osamu Ino also said he did not think there was anything wrong with the play, but the Tigers team apologized to the Swallows, and Aikawa was OK after being examined at a hospital.

Unfortunately, Aikawa says, he does not often have the opportunity to attend church during the season, due to his traveling schedule and the fact day games are usually played on Sundays. However, he feels the presence of the Lord and lives his Christian faith every day.

“There are always hurdles and obstacles to overcome in daily life, but knowing God is there helps me get through difficult times,” Aikawa said. “I wish more Japanese people would find Jesus Christ as I have, and I am thankful I have been able to play professional baseball for such a long time.”

A native of New Jersey, Wayne Graczyk went to Japan in 1969 with the U.S. Air Force and is a 1977 graduate of Tokyo’s Sophia University. Wayne was the long-time (1977-2004) sports editor of the Tokyo Weekender newspaper, he covers Yomiuri Giants baseball games for Nippon TV and Radio Nippon and, since 1976, he has compiled the Japan Pro Baseball Fan Handbook & Media Guide and has written the “Baseball Bullet-In” column in The Japan Times. He is a member of the Tokyo Sportswriters Club and the Foreign Sportswriters Association of Japan. This story was published in the April/May 2015 Digital issue of Sports Spectrum. Log in HERE to view the issue. Subscribe HERE to receive eight issues of Sports Spectrum a year.