Tigers utility man Brandon Dixon: ‘I’m learning to be content with where He has me’

“Expelliarmus!” Detroit Tigers utility man Brandon Dixon exclaimed to his wife, Caroline, as they fired spells at one another around their new home in Arizona. During quarantine, they watched almost everything, including all of the Harry Potter movies from start to finish.

“My wife and I had never watched any of the Harry Potter movies and we watched them in a week. We now cast spells at each other when someone does something the other doesn’t like,” Dixon said.

Through the first few months of 2020 and the start of a new marriage just three months before, Dixon and his wife have already shared a unique set of challenges that put their faith to the test not long after they said, “I do.” During these unforeseen trials, Dixon has made the most of his circumstances and allowed this time to deepen his dependence on Jesus Christ.

“My wife and I got married in December, so one thing I’ve been learning in my faith is how to live life with another person,” Dixon told Sports Spectrum. “Another big thing I learned is trusting His plans and His sovereignty. He closed doors I thought He would open and opened doors I thought were closed.”

The first “closed door” came on Dec. 21, 2019, just moments before Dixon stepped foot on a flight to South Africa for his honeymoon. He received an unexpected phone call regarding the upcoming season.

“I was basically told that I was not on the 40-man roster,” Dixon said with a sigh.

To make room for two free-agent signings, Dixon — who played 117 games for the Tigers in 2019, and 74 for Cincinnati in 2018 — was designated for assignment to the Tigers’ Triple-A team in Toledo, Ohio. But, before the news could settle in, Dixon had a flight to catch.

“At that point, I was disappointed, but still wanted to enjoy that time with my new wife, Caroline,” Dixon said, brushing off the thought as he had tried to brush off the intruding phone call.

Dixon’s honeymoon gave him the chance to take baseball off his mind for a couple of weeks before he started to mentally get ready for the coming season and rest in something greater than himself.

“As Caroline and I got back from South Africa, I was just trying to prepare for whatever lay ahead.” Dixon said, and later admitted, “Baseball challenges my faith a lot. The business of baseball isn’t always fair, and learning to show up every single day and work your hardest challenges who you’re going to trust — yourself and your thoughts and your emotions, or the Lord and His sovereignty and His timing.” 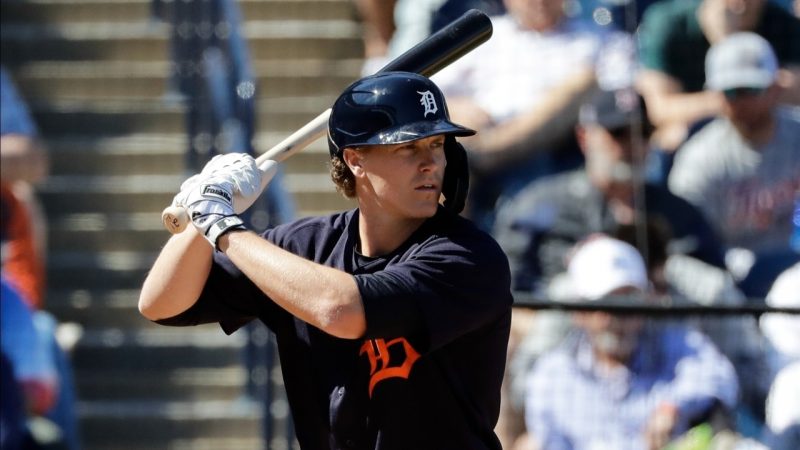 Dixon headed out to Florida in early February for spring training. A couple of weeks in, the Detroit Tigers faced increasing restrictions at their spring training facilities due to COVID-19.

“It came in waves. Everyone kind of figured it would last a week or two. They told us we were going to keep practicing and play a couple of games,” Dixon said. “But, then the NBA shut down and people started to realize that this might be longer than everyone expected.”

The day the NBA paused its season sent baseball into a tailwind, trying to figure out its next move.

“That was a whirlwind of a day. They finally told us to go where you want to be for a while, so my wife and I packed up and road-tripped out to our new home in Arizona,” Dixon said.

When Dixon initially arrived back home, most facilities, gyms and training centers were closed, but that didn’t keep Dixon off the field. He and a few of his former teammates returned to the days of their youth and met at the field for some recreational baseball in the hot, summer sun.

“I had to wait until facilities would open for pro players, but I continued to lift and get some of my routine in at my house,” Dixon said. “Then, I also played a lot of sandlot games at a local high school with some old teammates and other people I’ve played with. Every Friday, we had some pitchers, catchers and hitters who would face each other at a local high school field.”

These “sandlot” games kept Dixon ready for when baseball returned at the end of July.

The excitement can’t be contained #baseballisback

“Whenever second spring training started, we were all in Detroit for two weeks. Then, they told each of us where to go. I was hopeful that something had changed, but you never really know. When they told me [Toledo], it just is what it is. Again, part of being a baseball player,” he said.

With the unchanging news, Dixon looked to God and sought comfort in advice from a previous teammate.

“One of the best things I’ve ever heard is I had a friend tell me: ‘If the Lord wants me back in the big leagues, I’ll be in the big leagues,’” Dixon said. “And that could apply to so many different circumstances. Whatever that desire is for whoever, if He doesn’t want you there, I promise you it’s never going to happen.”

Dixon and his wife, along with their golden doodle, Pip, headed to Toledo for summer ball. At the Tigers’ Triple-A site, without minor-league games, the short season consisted mostly of scrimmages.

“In Toledo, the whole time you’re there, you’re just practicing, lifting, and doing inter-squad scrimmages. We had to wear masks in the weight room and batting cages, pretty much everywhere except for when we were playing. It was so different,” Dixon said. “There were no fans. It was just us. So, we faced the same players over and over and over.”

While following a similar routine day in and day out and being confined to his team, Dixon prioritized getting to know some of the rookie players and newest additions to the Tigers. He saw the way the group of older, more experienced players in Toledo was able to supply a community for them to be a part of.

“With the young, new players, we got to know them like anyone would get to know them in any way that we could. There was a good balance of older players to younger players, so we were able to bring them into something,” Dixon said. “You want the younger guys to feel comfortable right away and have the young guys be around that example from the older, experienced ones.”

Dixon saw investing in his younger teammates as a part of his purpose this summer.

“I see it as part of my ‘why’ as a teammate, a Christian, a leader, you name it, is to pour into people’s lives,” Dixon said.

“There is more in life than just baseball and playing at the stadiums I want to play at, so I’m learning to be content with where He has me.”
— Brandon Dixon

Off the field, Dixon prioritized spending time with his wife. While he admitted there wasn’t much to do in Toledo, one way Dixon and his wife filled the time was taking their dog out for exercise.

“My wife and I would find and discover new nature parks to walk our golden doodle, Pip,” Dixon said.

On the field, Dixon adjusted his mentality at the plate and saw the immediate effect.

“I was hitting very well, hitting for power, doing all of the little things, and making adjustments from last year,” Dixon said. “I was more hesitant in the real season, so I was able to focus on not being that way in practice. It was a good time to try some things, specifically working on a more consistent approach. I cut down on pitches I was chasing and, rather, focused on pitches I can drive. I learned to trust that method of hitting and saw a lot of results.”

Back to The Bigs

Dixon’s work in Toledo caught the attention of the Tigers’ interim manager, Lloyd McClendon, who pulled him up for Detroit’s final six games of the season. At the time, Dixon was under the impression that he would be joining the practice squad.

“They told me that for the last road trip I would be a part of the taxi squad. But, the first day I was there, they told me I was going to be a part of the team, which I wasn’t expecting,” Dixon said. “It wasn’t an ideal situation, there were injuries, but I just focused on having the same approach at the plate and continue doing what I was doing in Toledo. I knew there were six games left, so I wasn’t going to put pressure on myself. I felt like I was just going to go out there and play and enjoy it.”

“There is more in life than just baseball and playing at the stadiums I want to play at,” Dixon says, “so I’m learning to be content with where He has me.”