Match Made in Heaven: Mal Stokes trusts God in grappling with loss of twin sister Mia

By Christy Cox Jul 7, 2020
Mal (left) and Mia during their freshman year with the USC-Union Lady Bantams. (Photo courtesy of Stokes family)

Her name is Mia.

For a sacred time here on earth, she was half of a perfect match — a match so perfectly designed, in fact, that those witness to it knew without a doubt it came directly from the hand of God.

But now, now that Mia is home with her Creator, those left behind are left grappling with the whys of God’s design. Why, God? Why create two perfect images only to take one away? What are we to make of this plan of Yours when You erase half of it? How does a heart You designed never to have to beat a second by itself learn to live alone?

The nights are the hardest now for Mal since Mia’s been gone. It’s been just over four months since those screaming headlights crossed the center line in early February and divided a car of University of South Carolina-Union softball players into those who would live and those who wouldn’t.

Of course Mal and Mia Stokes were together that night. But they sat on different sides of the car.

Premier athletes devoted to softball, their family and their faith, they had only one rule: They stick together. Playing since they were little girls, over the years some questionable coaching and painful injuries would bedevil them both, but their love for one another and the sport proved far more powerful than their competitive drive.

Those who know them say love earned them spots playing for America’s Team with ACIS and traveling internationally. It’s what made them so attractive, and why the identical twins could count softball royalty and gold medal-winners like Leah O’Brien Amico and Jennie Finch as close, personal friends. 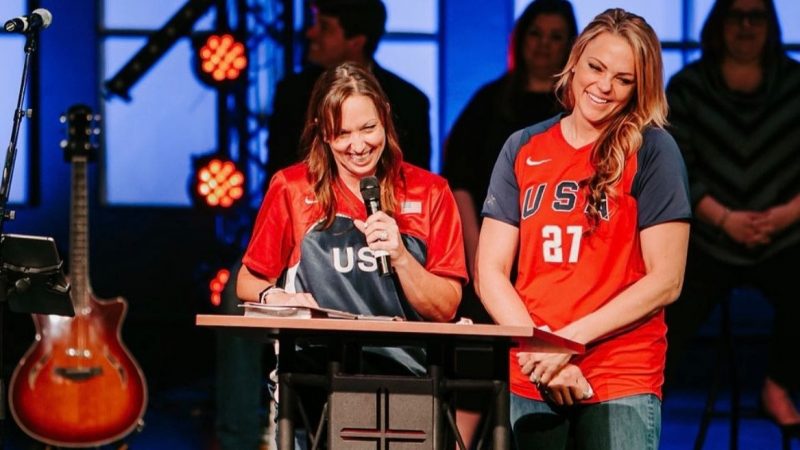 Wherever they went, even if you couldn’t tell Mia and Mal apart, it didn’t much matter — people were attracted to the light of the perfect match.

Of course, the two would play college ball together. They picked USC-Union, a junior college, as close as they could get to their Charlotte, N.C., home where mom, Holly, and dad, Eric, were less than two hours away and would never miss a game — even as they balanced never missing older brother Matt’s games, himself a college baseball player for the University of Mount Olive.

The Stokeses are an exceptionally close family. If Mia and Mal were the perfect match, it was within the bounds of this “fierce five.” Leaving home, despite staying as close as they did, college was a difficult transition for the twins. Even that night, that last night, Mia and Mal were on the phone yakking it up with Holly and Eric only minutes before.

It was February 7, 2020. The Lady Bantams were due in Columbia, S.C., the next morning for a game. Four players — Mia and Mal and their teammates, Grace Revels and Devyn Royce — were shopping at Academy Sports for undershirts. Game day was expected to be cold.

Seven minutes after Mia and Mal hung up the phone with their parents, an alleged drunk driver traveling more than 80 mph slammed into their car head on. Mal and Devyn were on the driver’s side. Eighteen-year-old Mia and 20-year-old Grace were on the passenger’s side.

In a beautiful, welcoming way, their home has become a memorial of sorts to Mia and to the perfect match — because it is all but impossible to see Mia without Mal. Holly says Mia’s high school senior photo is the lone photo of Mia alone.

Mal says she doesn’t have nightmares, doesn’t dream about the accident. She remembers the side of the road. Her shattered arm. The angel of a fireman who held it for her because she was in so much pain. He would tell her that he, too, was a twin. He would share with the Stokeses his despair as Mal called out for her Mia.

But it was already too late for the girls on the passenger’s side of the car. Mia would be pronounced dead at the scene, Grace at the hospital.

Part of the match made in Heaven had returned home. And facing life alone is the hardest part for the twin left behind. 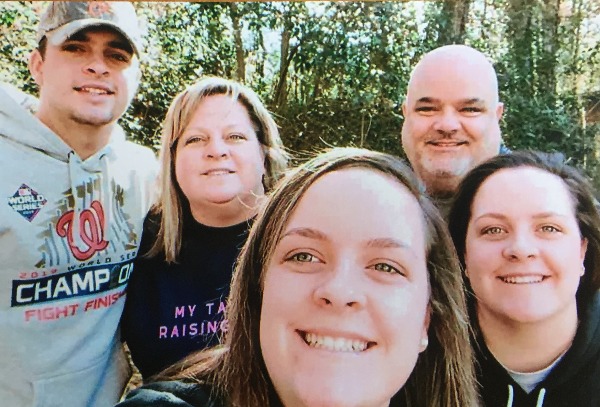 Mal says at night when it’s quiet, that’s when her mind races. That’s when she looks at the tattoo on her arm, the same one she shared with her sister, the verse from Ecclesiastes 4:9, “Two are better than one.” She wonders when and how she will be strong again without her perfect match.

For her parents, the agony, as it is with twins, is twofold as well. Losing Mia, and walking Mal through the loneliness of surviving while feeling that half of her has died, is gut-wrenching.

The Stokeses are a God-fearing, faithful family. I ask them about this, the ease of worshipping Jesus on the mountaintop when everything is good, when He’s granted you the “perfect match.” What does that faith look like now when you’re left with one heart where there’s meant to be two? When your “fierce five” is now a party of four?

For Mal, there are no easy answers as she faces where she is right now. She cannot imagine playing ball again without her twin, though encouraging messages flood her Facebook page proclaiming playing again would be exactly what Mia would want.

She is rehabbing well, and though she’s modest in self-assessment, I have seen the video, and she is already throwing like a beast. (You just cannot turn those kinds of gifts off; a car accident is incapable of robbing raw talent.) She is too nervous to drive and is not returning to USC-Union. She says she loved the school but can’t bear the thought of playing there without Mia.

But as she tells you all the things she cannot do now without Mia, you can’t help feeling — knowing, actually — that even in the midst of this exceedingly devastating chapter, God is already busy crafting His next work, His next design for this perfect match.

While Mal is reluctant to even think about heading out without Mia, she nonetheless understands she has a powerful story to tell about love and teamwork and serving others in the name of Christ and for the love of sports. That was what the sisters lived, the theme Mia was passionate about, and its lessons are meant to be shared. To tell them well means to keep her sister close by.

I sense, even as Mal says she’s not yet ready, she knows someday she will be. She’s resting in the love of family and friends who are fortifying her and preparing her for this, even if she is yet unaware. And someday she’ll pick up a ball and find joy again on the field because that really is what Mia would want. Someday she’ll speak directly to a heart wounded like hers and God will use that moment to bring a little healing to them both. 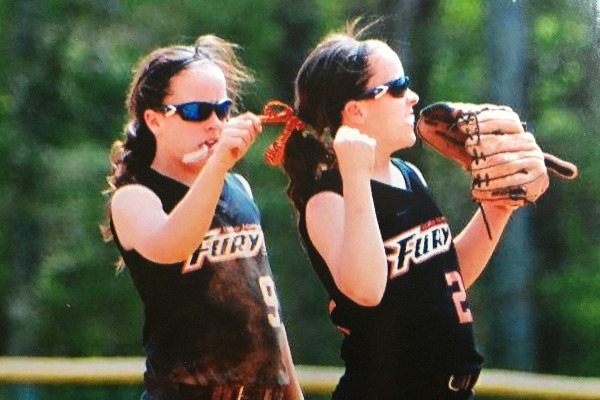 Since her death, the Stokeses have found countless writings of Mia’s dedicated to her profession of faith and her love of Christ. One such writing they’ve framed says, “My love for God is a whole lot better than my love for softball. I need to keep my love for God higher than any other love that I have.”

These writings — “hugs from Mia” they call them — bring the Stokeses immeasurable peace as they cling to one another, their church family and God during these days of trying to make some sense out of the incomprehensible.

Together, as always, they’re trusting that the One who created the perfect match — and holds their Mia this moment — still has a perfect plan for them all.