Beach volleyball is nothing new to Los Angeles. Many accounts have it originating in Santa Monica, the coastal city just west of L.A. But the game is one of the newest and fastest growing sports in the collegiate world.

And one coach at UCLA is making sure her players have the leadership tools needed to have a strong footing off the court.

Jenny Johnson Jordan is entering her fourth season as an assistant coach for the Bruins’ beach volleyball team. An alum who made her mark on the volleyball hardwood from 1991 to ‘95, she was a two-time captain, a two-time All-Pac-10 First-teamer, and a member of the 1991 national championship team. During her time in Westwood, she grew close to her teammates, which led to a life-changing moment her sophomore year.

“I had some teammates who were believers and they made an impact in my life,” Johnson Jordan said. “So for me, it was a time when I really owned my faith.”

She was also heavily impacted by a football player she met in her dorm named Kevin Jordan, who became a Christian just six months earlier. They soon began to date and later married.

“We kind of had that [spiritual] journey together,” she said. 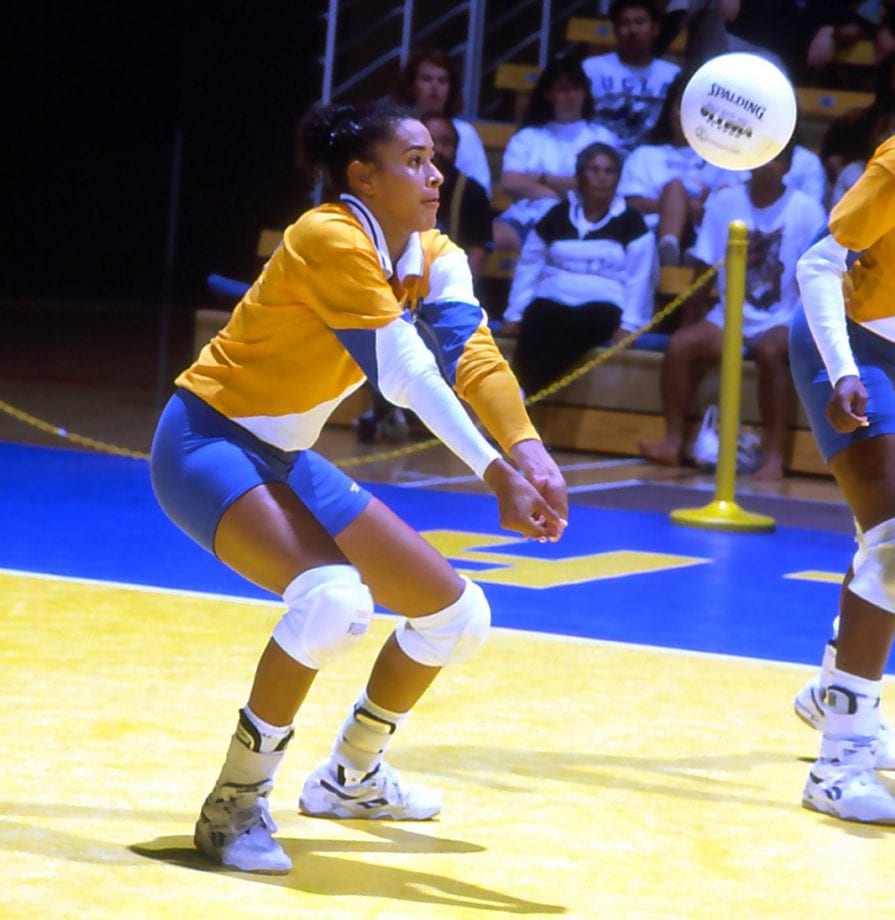 After college, Johnson Jordan turned pro and hit the beach. She teamed with partner Annette Davis and won a silver medal at the 1999 Beach Volleyball World Championships, finished fifth at the 2000 Sydney Olympics, and served as an alternate for the 2004 Athens Games.

In between all those matches, Johnson Jordan  joined her husband in ministry, as he spent a decade as UCLA’s football chaplain through Athletes in Action. The two later carried their ministry to Pittsburgh, where Kevin was the Steelers chaplain from 2009-12.

But the beaches and Southern Californian sun called the native back home, so the family moved back to Los Angeles looking to start a new chapter, as Johnson Jordan’s pro career ended in 2012. That’s when she began dabbling in coaching, which set her on course for her next career move.

“Stein Metzger and I were freshmen together at UCLA and he was coaching the beach team, and asked me if I would join the staff,” Johnson Jordan said. “So at that point we were just starting the program; it was pretty limited. But since then it’s really grown.”

Johnson Jordan came on staff in 2014 and started a new student-athlete ministry at UCLA with her husband called “4TheJourney.” It’s a play off the uniform number four, which both wore while playing in blue and gold.

“Our transformation as believers really happened in college,” Johnson Jordan said. “That was the most pivotal time for us and so I believe that’s why we’re back in the college setting, working with college athletes.”

The two invest spiritually in the lives of coaches and athletes on campus — leading Bible studies, serving as chaplains for teams that request them (including the football and women’s basketball teams), having men’s groups called “Man2Man,” leading a weekly student-athlete chapel gathering called “Bruin Varsity Life,” and having one-on-one mentoring sessions with athletes. Working with her husband on campus has made the work a delight.

“It’s a beautiful thing and something sweet and special that we can share together,” Johnson Jordan said. 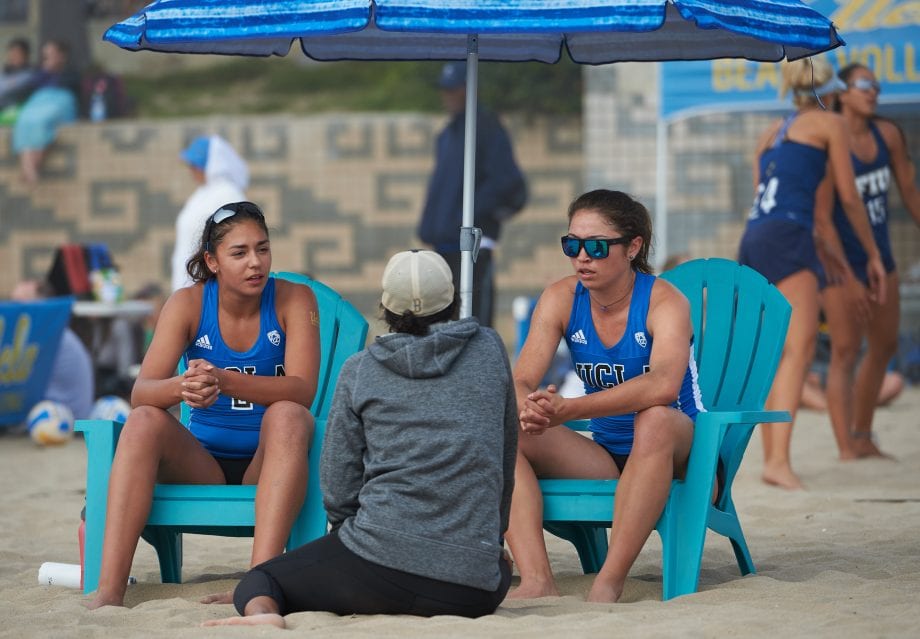 She also loves the rewards of working with student-athletes.

“It’s great to see a student-athlete really make that connection,” Johnson Jordan said. “But we also know that at the same time that it’s not going to happen for every college student, every athlete we see in those four years. So a lot of it is planting seeds and being available and listening, and maybe the transformation doesn’t happen in college, but trusting that it will happen eventually.”

Walking through life with athletes also reveals many of the heavy topics some of them experience, such as anxiety, depression or even disordered eating. They are tough subjects to navigate, but Johnson Jordan takes comfort knowing she doesn’t need to have all the answers. God will handle the situation.

“For me I have that peace, so it frees me up to be a listening ear and to offer very pragmatic help when needed, and then know at the end of the day it’s going to be in God’s hands and He will take care of it,” Johnson Jordan said.

Johnson Jordan’s leadership in campus ministry carries over to her responsibility as a coach. One of her first points of emphasis is to teach players how to adjust from playing on the hardwood to the sand.

“People assume that if you’re an indoor player then it’ll actually translate to the beach, and that’s just not the case,” Johnson Jordan said. “On the beach, there’s only two of you on one side and you have to be pretty skilled at every skill. So you have to pass. You have to set. You have to hit. Sometimes you get to specialize a little bit more with a blocker and offender. But other than that, you have to be able to execute every skill well.”

RELATED: What it takes to be a great volleyball player or coach?

One of the best ways she discovered how to help the players was to demonstrate in practice the type of intensity and communication she looked for on the court.

“Sometimes they have to see it to understand what it is that I’m asking and how it’s different from what they’re doing,” she said.

The teachings have paid off. Beach volleyball became the 90th NCAA championship sport in 2016, and the Bruins went 22-8 that first year and improved to 30-6 in ‘17, advancing to the eight-team NCAA Tournament both seasons.

This season the team posted a program-best 35-3 record, capturing the first ever Pac-12 Conference Beach Volleyball Championship over crosstown rival USC, and extended their program-record win streak to 30 in a row.

With the success on the beach, UCLA has been tabbed as the top-seed in the NCAA Beach Volleyball Tournament. The Bruins will look to accomplish a yearlong goal of winning the national title, but for Johnson Jordan, guiding athletes in the ways of the Lord, with her husband by her side, will ultimately have an impact greater than winning a shiny trophy.

“I love to compete,” Johnson Jordan said. “I love to train and play the game and to coach, but to me there’s always the bigger picture.”

**This story appears in the Winter 2017 issue of Sports Spectrum Magazine. Support our ministry and subscribe here.**

SS PODCAST: Trent & Tori Dilfer on their unique father/daughter relationship with Christ at the center

Faith, sports equip Grace Gehlken to love and serve others through Water Mission