At 6’5″, identical twins Heather and Heidi Burge have always been a tall order, especially on the basketball court. Former Guinness World Records holders as the world’s tallest identical twins (they were edged out in 2007 by 6’7″ twins Ann and Claire Recht), the Burges found their niche playing basketball in high school.

Talented on their own, they were formidable as a duo. When considering colleges to play for, they came as a packaged deal, signing with the University of Virginia and helping lead the team to three consecutive Final Fours.

This 1992 Sports Spectrum article discusses the twins’ on-court achievements, and how the two maintained their faith in college.

Bonus points if you can find the best alliterated or punny nickname in the artice for the sisters (our favorite is “the Twin Towers”).

Both sisters played professionally for international teams and the WNBA, and retired in the early 2000’s. The 2002 Disney movie, Double Teamed, was inspired by their lives as sisters and pro basketball stars.

Heidi now works as a physical therapist, and Heather worked as a Spanish teacher before becoming a mother. Both have coached youth basketball in camps or schools as well. 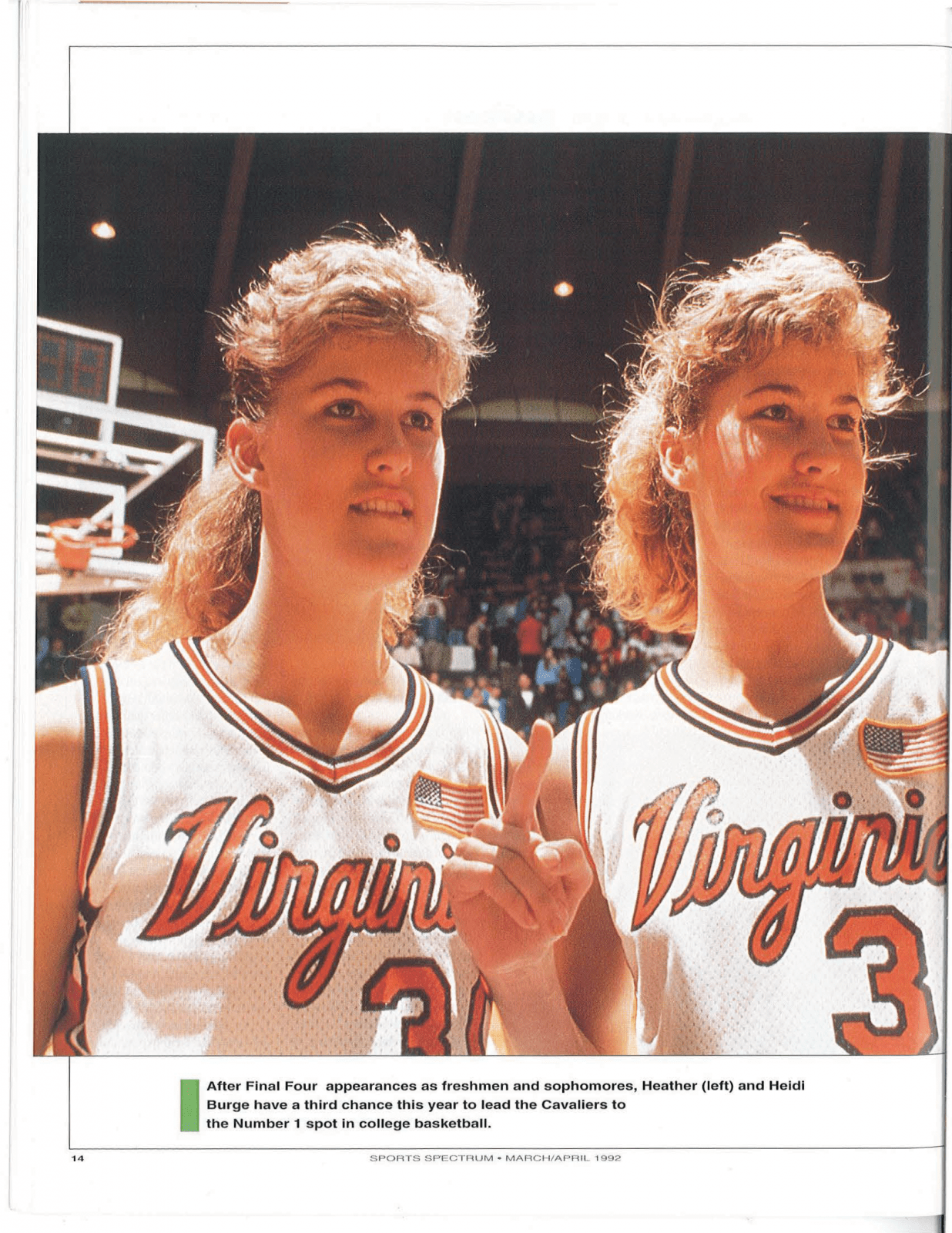 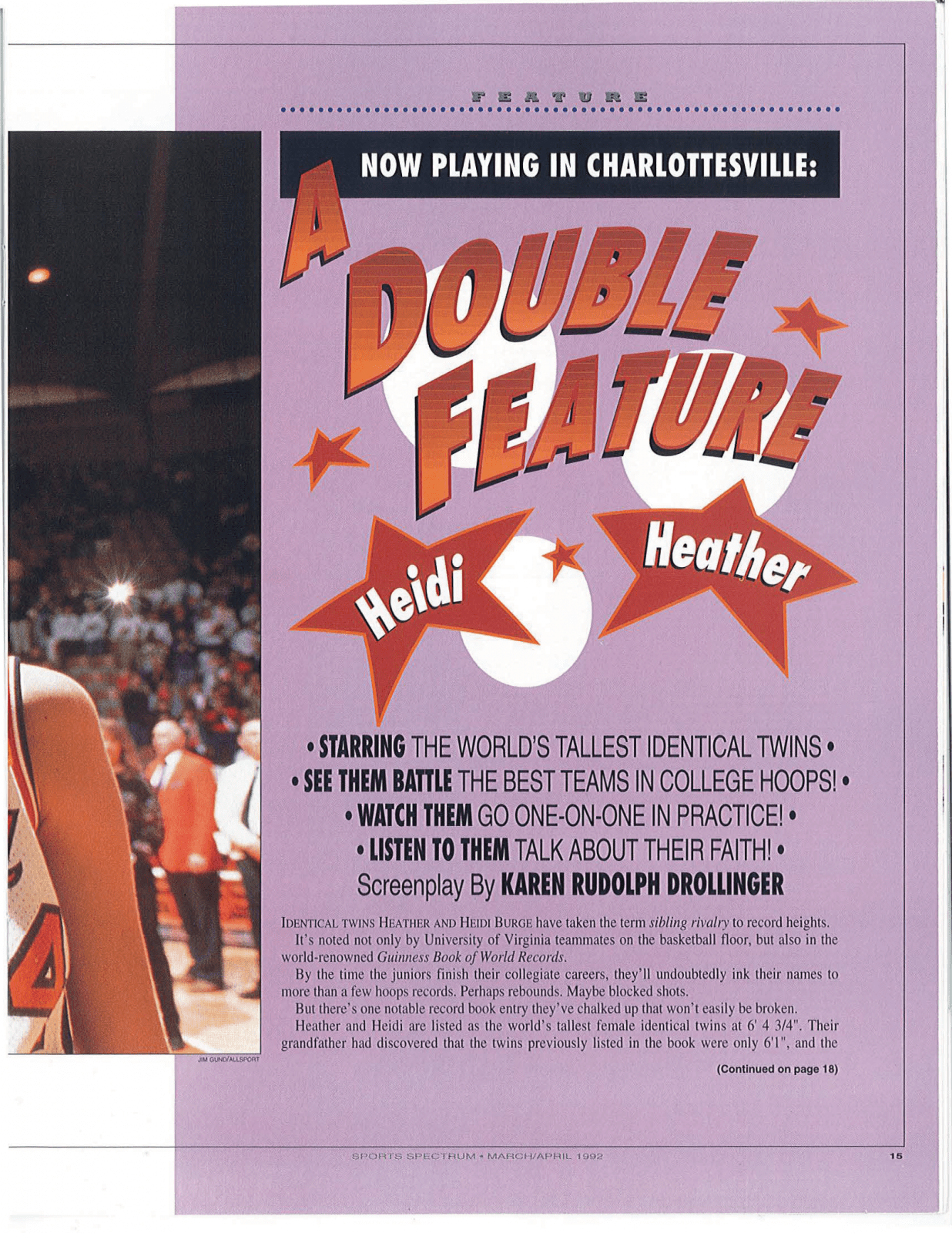 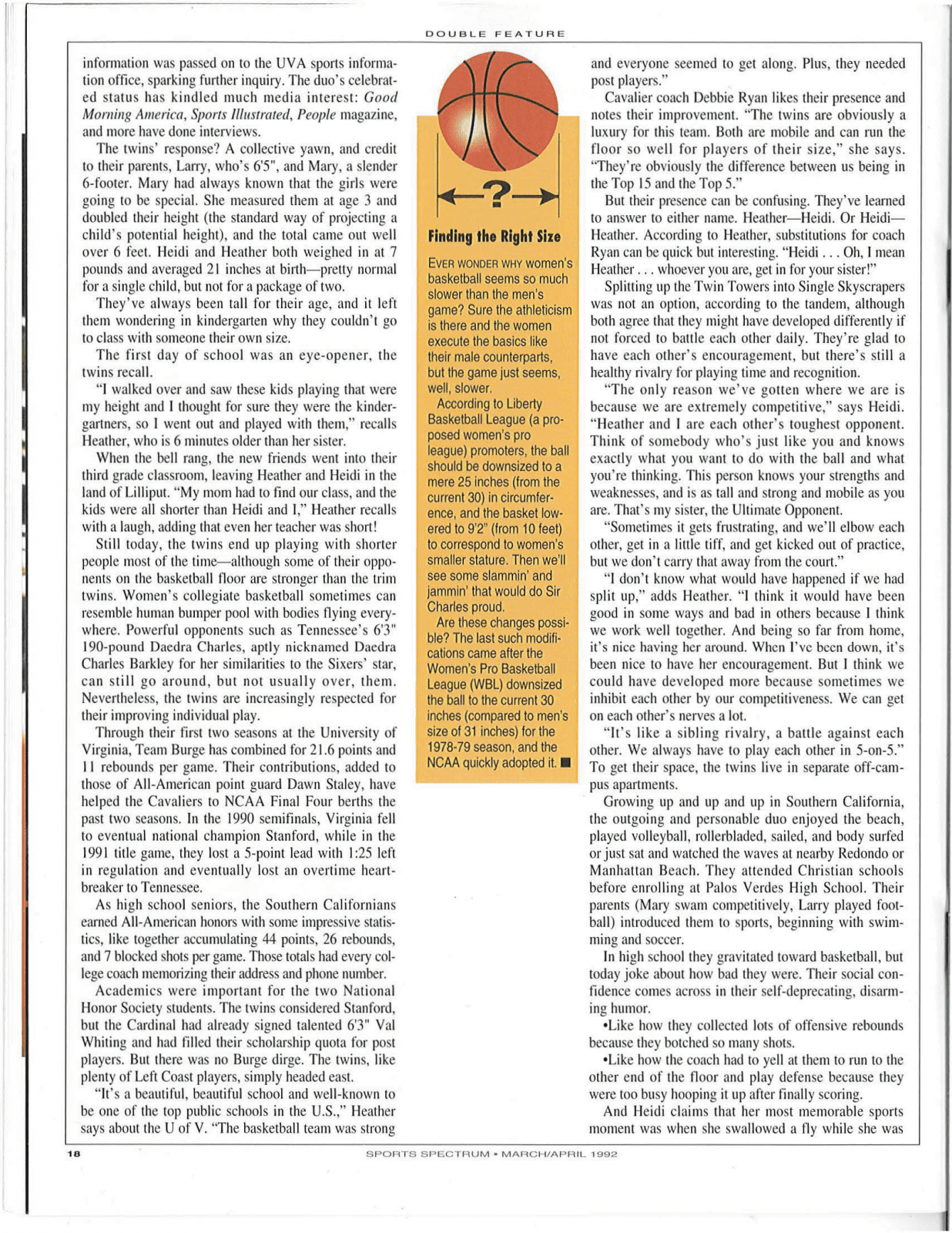 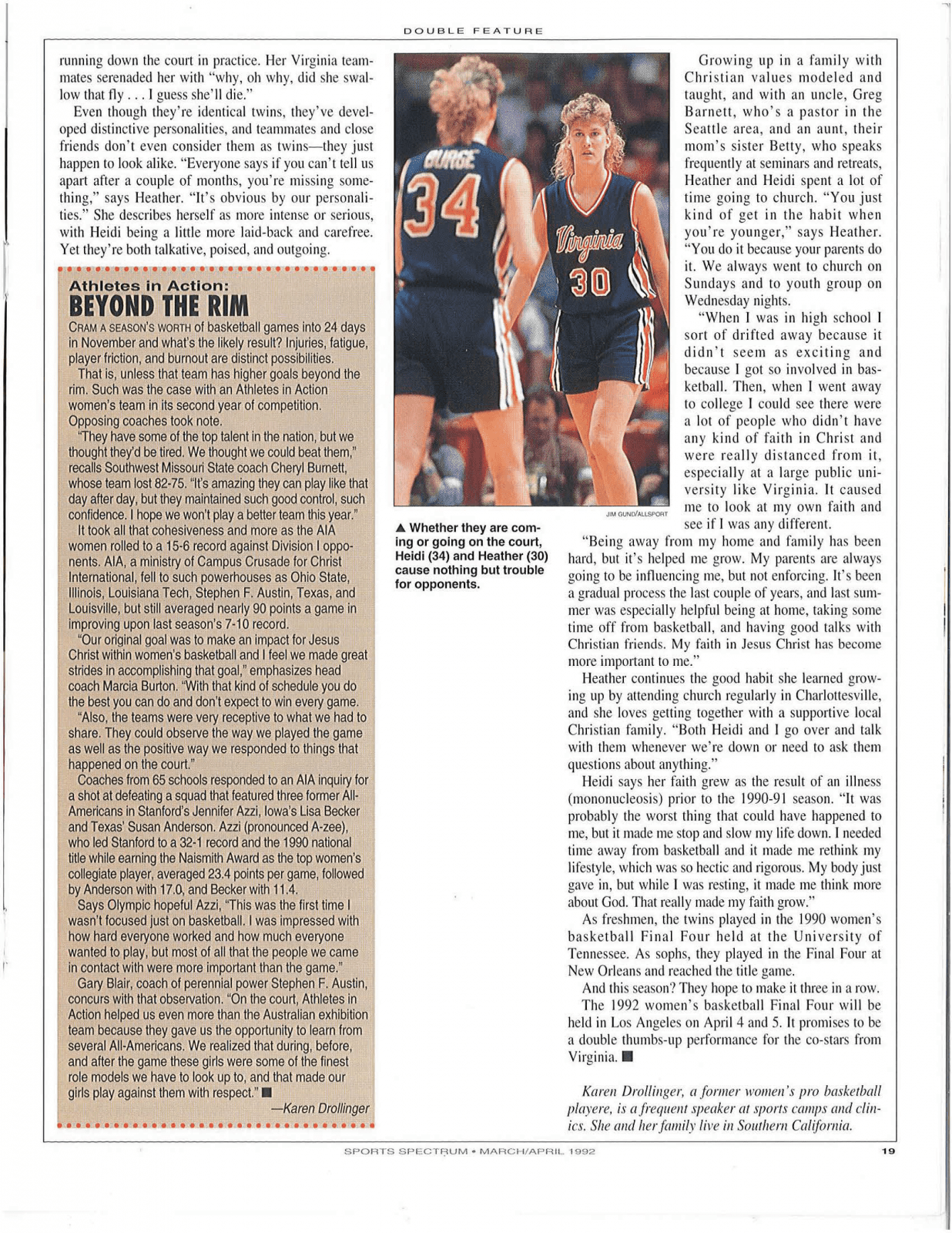