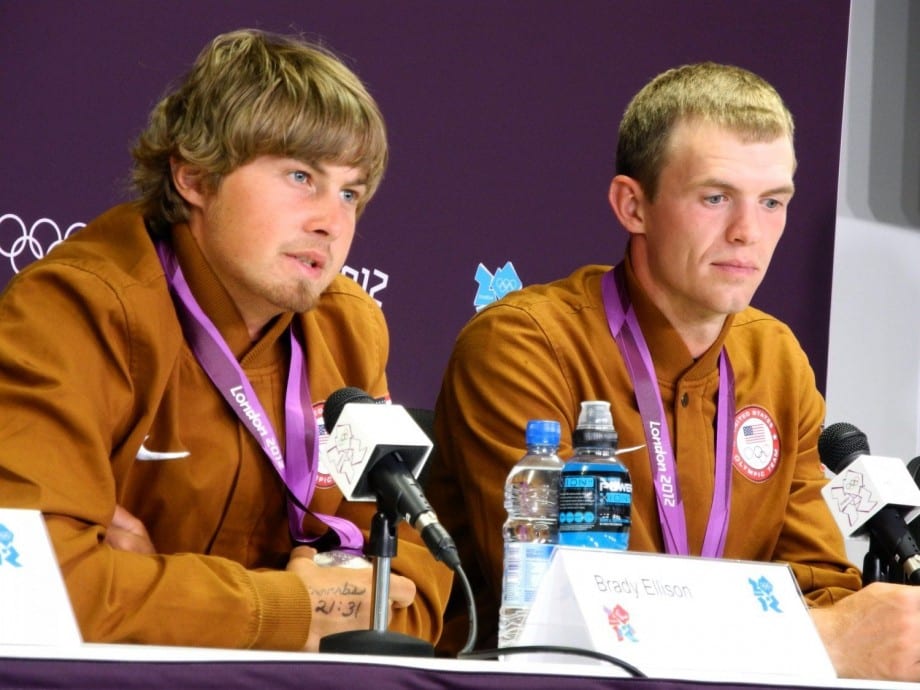 The U.S. trio scored a big win over South Korea in the semifinals before falling to Italy 219-218 in a gold medal match that came down to the last arrow. The Italians needed a perfect 10 on the last shot and got it.

During the match, Ellison wore the Scripture reference Proverbs 21:31 on his right hand: “The horse is made ready for the day of battle, but the victory belongs to the Lord.”

He described why the verse is meaningful to him in a press conference following the match, noting that it’s important to work hard and to be as prepared as possible.

“But when it comes down to it, victory is in the Lord’s hands,” Ellison said. “He gives out the medals at these Games, or at least, that’s my opinion.”

Wukie, who narrowly made the U.S. team, echoed Ellison’s sentiments. Throughout the trials process and the Olympic competition, Wukie said it was important for him to keep his focus on the Lord whether he made the team or not.

“I work hard and do my best to the best of my ability, and I trust God with the results,” Wukie said. “He said that all things work together for good for those who are in Christ Jesus, and so that’s really my focus.

“I can’t necessarily always say how people are going to view me or view that, but I can trust the Lord that He’ll allow the truth to be shown to other people.”

Ellison said he and his teammates “all decided that the team event is where we wanted to spend the most time, because it was going to be the most memorable. We could share it with each other, and that would mean so much more to us to go out there and win a medal together than individually. So we put a lot of work into practicing team rounds.”

Wukie joked that the silver medal may end up in his sock drawer.

“It’s a huge blessing to have been here and to have gotten a medal,” he said, “and we couldn’t be more excited about it. We all tend to be pretty humble about our accomplishments and don’t like to brag about it too much.”

He added that he hopes the team’s medal will have a positive impact on archery’s popularity going forward.

“To be able to take a medal, I think, is going to be really helpful in making people want to participate in it more and be involved with it,” Wukie said.

First published in Baptist Press (www.baptistpress.com). Reprinted with permission. Tim Ellsworth, in London covering the Olympics for Baptist Press, is editor of BP Sports and director of news and media relations for Union University in Jackson, Tenn. Get Baptist Press headlines and breaking news on Twitter (@BaptistPress), Facebook (Facebook.com/BaptistPress ) and in your email (baptistpress.com/SubscribeBP.asp).