Around the Net - Athletes turn to Christian rapper Lecrae for inspiration 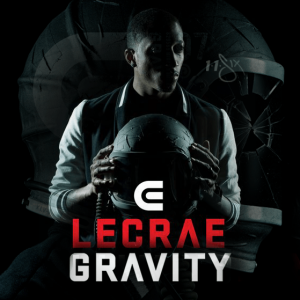 A recent feature on ESPN.com reveals that Christian rapper, Lecrae, has become an inspirational figure and leader amongst Christian athletes. Lecrae speaks at many different teams’ chapel services and has developed friendships throughout the sports world. Some of his closest friends in sports include Bubba Watson, Dwight Howard and Justin Forsett.

When asked about the issues he talks about with the athletes at chapel service, Lecrae says, “I think one of the biggest issues is really just significance and purpose, and not having your identity wrapped up in your performance on the field, because you’re more than a professional athlete.” (ESPN.com)

He recently met Houston Rockets point guard, Jeremy Lin, and had this to say about meeting him:

“What Jeremy talked to me about was just the reality of everyone kind of pulling at him, and a lot of people expecting him to make decisions that would please them,” Lecrae told ESPN Playbook earlier this week. “He’s kind of a reserved kid, a reserved young man, and it’s not really his demeanor to be all in the mix like that, and to be pulled every which way.

“He was talking about that struggle and that wrestle, and I’m a firm believer in God. That’s one of the things I was encouraging him, which I do with my music as well. I’m a firm believer that God has the answer, and God will provide the solution that you ultimately need. I just told him to stay connected to him in every which way. That’s kind of what we talked about.” (ESPN.com)

In Sports Spectrum’s own interviews, many athletes have mentioned Lecrae’s music as one of their favorites. TNA wrestler, AJ Styles, talked about the influence Lecrae and Christian rap has had on his life and former NC State baseball player Ryan Mathews, now in the Oakland A’s organization, said that Lecrae is one of his top two favorite artists to listen to.

Sports Spectrum staff writer Steve Copeland spoke with Lecrae this past winter in Indianapolis at the Super Bowl about “influencing the influential” :