Fisher and Underwood have strong foundation in marriage 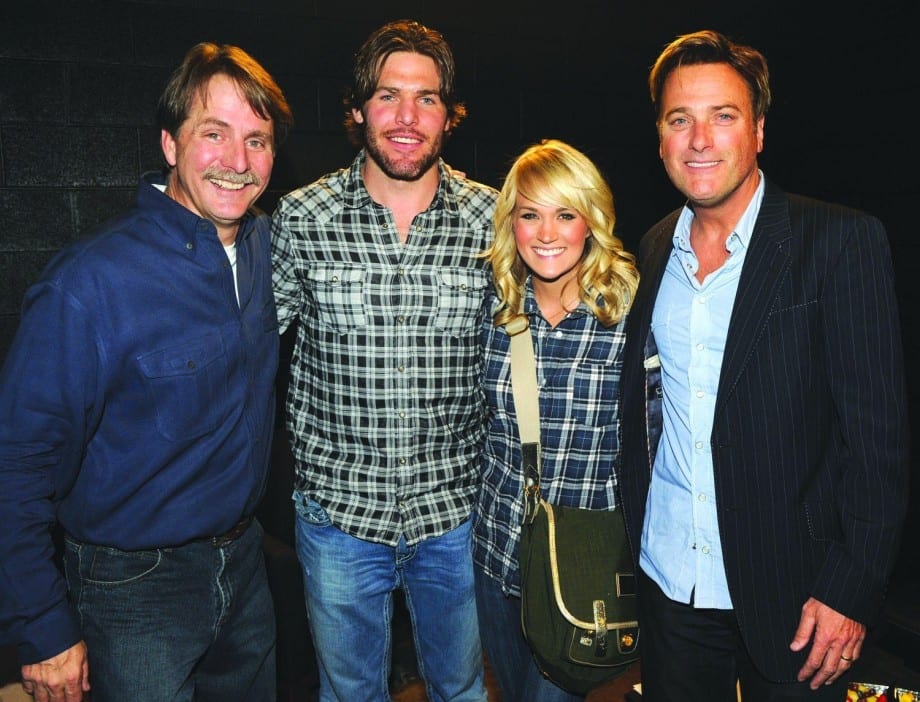 Mike Fisher is used to defending the goal. He’s known for doing so with hard, physical play on the ice. Fisher is also accustomed to defending his beliefs. He’s never shied away from sharing the Christian values that set him apart within much of the NHL community.

But on February 10, 2011, Fisher was put in the unusual position of defending his character and his motives. On that day, the 10-year veteran Ottawa center was traded to the Nashville Predators. And while trades are commonplace in professional sports, it was the fact that his country superstar wife Carrie Underwood lives in Nashville that raised the eyebrows of some Senators fans. One radio station in Ottawa even vowed to stop playing Underwood’s music.

Fisher says he had nothing to do with the controversial trade but, despite the negative feedback, has been pleased by the end result.

“You’re always going to face a little bit of criticism from time to time,” he says. “But I was so blessed in Ottawa for so many years. The fans were great to me there. I was blessed to have some good friends and family nearby. So I really just try to focus on all those good things and how fortunate I was. I think it’s about putting things in to perspective and I know that God had His hand in all of that. He allowed me to be drafted close to home and then the trade happened. I didn’t ask for the trade or want to leave, but it was probably the best things that could ever happen.”

Throughout his career, Fisher has relied on a walk with Christ that started when he was 6 years old and deepened substantially as a 22-year old aspiring athlete. By the time he met Underwood, Fisher was emotionally and spiritually ready to handle the inherent pressures of a long-distance, high-profile dating relationship and eventual marriage.

“When we dated and then when we were first married, it was just a week here and a weekend there,” Fisher says. “That became our norm and we got used to it. We talked on the phone and Skype. We were able to do (Bible) studies together and pray together. Because we’re both busy, we’re always looking at our schedules. You just make it work. It’s tough to go a month and not see each other, which we have done, but when you do see each other, there’s nothing better.”

Last year, Underwood told the Ottawa Citizen that Fisher makes her “a better person” and praised the fact that “he talks about his faith openly.” Those kinds of statements remind him of his sobering biblical responsibility as the leader of the couple’s marriage.

“I take it very seriously,” Fisher says. “We’re both doing this thing together, but I take it seriously that we make sure we’re encouraging each other and praying together and growing spiritually. That’s such an important thing. The closer we feel to God, the closer we feel to each other. When we’re in the Word and growing and doing things we need to be doing, it makes the relationship so much better.”

Chad Bonham is a freelance writer who lives in Broken Arrow, Oklahoma.