Airing It Out -- Tuck it away, not worth fighting

By Brett Honeycutt Feb 15, 2012
Seems Justin Tuck created quite a stir, in the secular and Christian community, when he bought each of his Super Bowl-winning New York Giants teammates, coaches and front office staff a memento to mark an occasion that only 45 other teams had ever experienced... 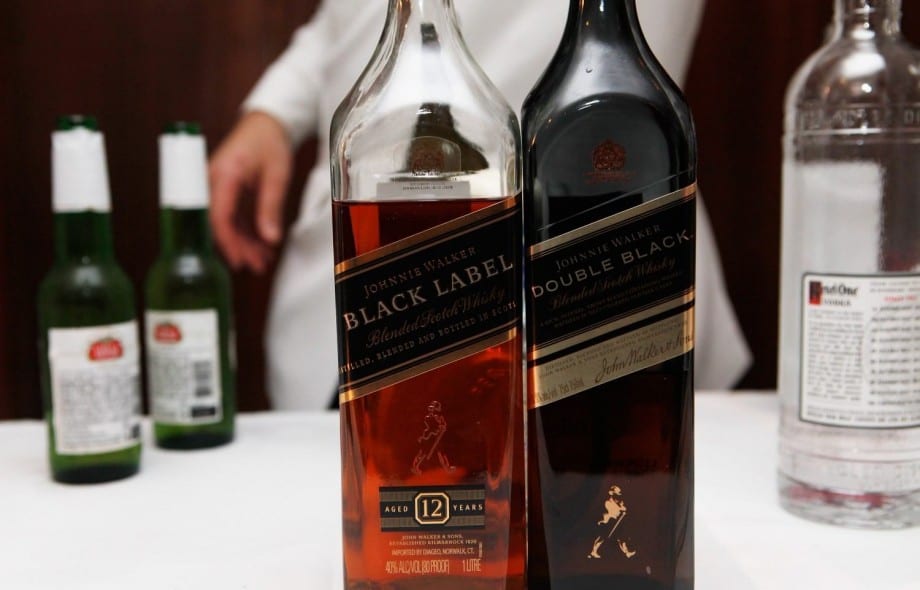 Seems Justin Tuck created quite a stir, in the secular and Christian community, when he bought each of his Super Bowl-winning New York Giants teammates, coaches and front office staff a memento to mark an occasion that only 45 other teams had ever experienced.

Tuck gave each of them a one-of-a- kind gift, a bottle of Johnnie Walker Blue whisky with the name of the player, coach or front office staff and the words “Super Bowl XLVI champions” engraved on the bottle. It was to commemorate their monumental 21-17 victory against the New England Patriots in the Super Bowl.

I don’t drink and I am not going to try and defend or ridicule Tuck’s gesture, even though I could cite Ephesians 5:18, which talks about getting drunk yet doesn’t condemn drinking: “Do not get drunk on wine, which leads to debauchery. Instead, be filled with the Spirit.” I could also cite I Timothy 5:23 that suggests using wine for medicinal purposes, but doesn’t condemn wine: “Stop drinking only water, and use a little wine because of your stomach and your frequent illnesses.”

I could also cite Proverbs 20:1, which says, “Wine is a mocker and beer a brawler; whoever is led astray by them is not wise.”

But, as Christians, we shouldn’t go at each other’s necks on something that people on each side of the issue could defend with scripture. Some, I have found out, have used scripture out of context and have deceitfully used it to fit their theology.

When I think about how they mishandled God’s Word, I am reminded of II Corinthians 4:1-2, “Therefore, since through God’s mercy we have this ministry, we do not lose heart. Rather, we have renounced secret and shameful ways; we do not use deception, nor do we distort the word of God. On the contrary, by setting forth the truth plainly we commend ourselves to everyone’s conscience in the sight of God.”

But this column isn’t about all of that, because each side could debate for days on which side is right. I do know that we are held responsible if we do something that would make a fellow believer stumble, as I Corinthians 8:13 and Romans 14:13, 21 say. Paul even went so far as to say that even though certain things are ok, that it’s best not to do it if it would cause a fellow believer to stumble (see Romans 8:21).

But, in the case of the engraved bottles of whiskey, we’re not even talking about drinking. It’s a keep-sake, and a fairly expensive keep-sake at that.

You can’t even talk about the appearance of evil, as I Thessalonians 5:22 says, because possessing the memento isn’t evil, even if it does have alcohol in it. And, also, according to scripture, some would say, it isn’t evil.

So, we are not left with very much—except what Paul says in Romans 8:17-20, the verses that proceed the one where he talks about not drinking if it caused a Christian brother to stumble. Those verses key in on the very thing we, as believers, should focus on every day—and that is the Kingdom of God and the encouragement of believers. Consider this passage in Romans 14:17- 21.

“For the kingdom of God is not a matter of eating and drinking, but of righteousness, peace and joy in the Holy Spirit, because anyone who serves Christ in this way is pleasing to God and receives human approval. Let us therefore make every effort to do what leads to peace and to mutual edification. Do not destroy the work of God for the sake of food. All food is clean, but it is wrong for a person to eat anything that causes someone else to stumble. It is better not to eat meat or drink wine or to do anything else that will cause your brother or sister to fall. Because, if we don’t focus on the Kingdom of God and the encouragement of believers (as Paul also talks about in Hebrews 10:25, then we will waste time on something that has nothing to do with the Kingdom of God.)

I’ll end with asking you to read II Peter 3:11-18, while asking you to pay close attention to verse 16, “…His letters contain some things that are hard to understand, which ignorant and unstable people distort, as they do the other Scriptures, to their own destruction.”

So, instead of concentrating on trivial matters, let’s first and foremost focus on the Kingdom—just like Paul encourages us to do in Romans 14—and thereby avoid the destruction mentioned in II Peter 3:16.

This column was published in the February 2011 Sports Spectrum DigiMag. Print and digital subscribers, log in and view the issue here. Brett Honeycutt is the managing editor of Sports Spectrum magazine. His column addresses topics from a biblical perspective. Follow him on Twitter-@Brett_Honeycutt.