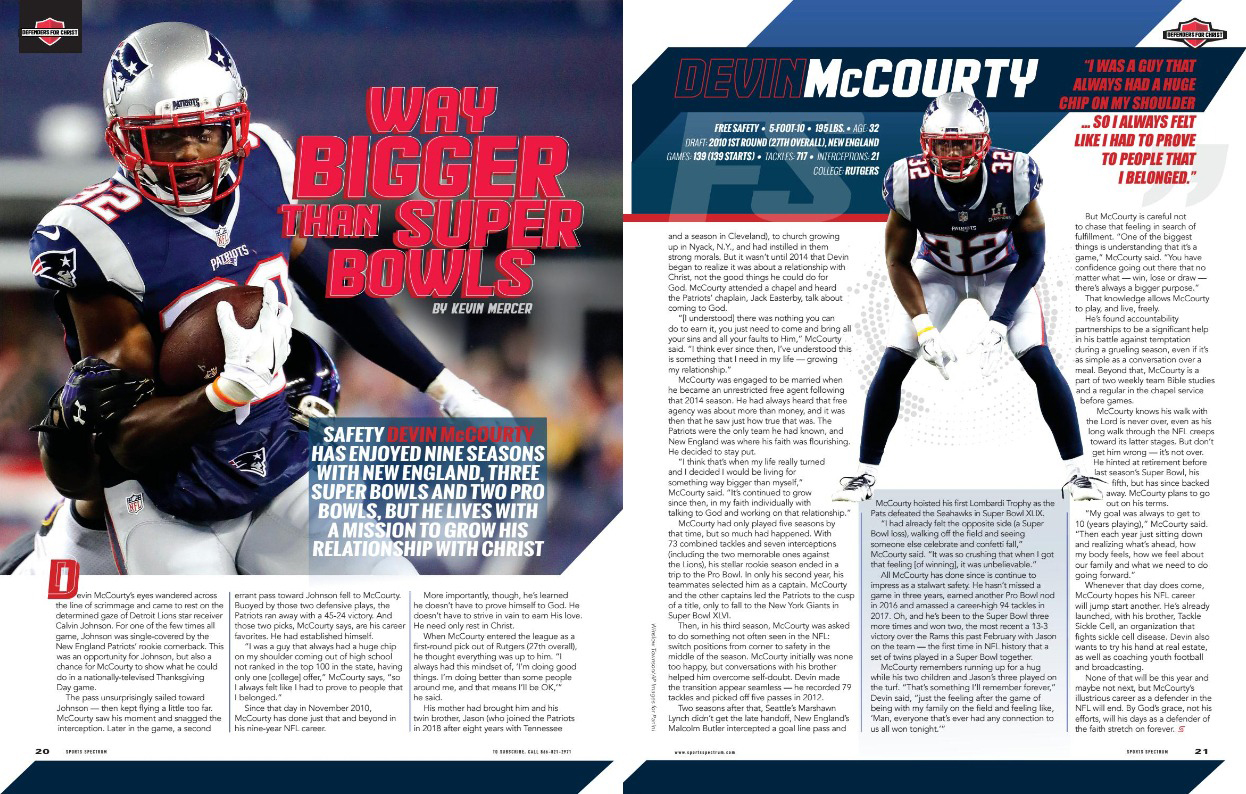 SAFETY DEVIN McCOURTY HAS ENJOYED NINE SEASONS WITH NEW ENGLAND,
THREE SUPER BOWL WINS AND TWO PRO BOWLS, BUT HE LIVES WITH A MISSION
TO GROW HIS RELATIONSHIP WITH CHRIST

Devin McCourty’s eyes wandered across the line of scrimmage and came to rest on the determined gaze of Detroit Lions star receiver Calvin Johnson. For one of the few times all game, Johnson was single-covered by the New England Patriots’ rookie cornerback. This was an opportunity for Johnson, but also a chance for McCourty to show what he could do in a nationally-televised Thanksgiving Day game.

The pass unsurprisingly sailed toward Johnson — then kept flying a little too far. McCourty saw his moment and snagged the interception. Later in the game, a second errant pass toward Johnson fell to McCourty. Buoyed by those two defensive plays, the Patriots ran away with a 45-24 victory. And those two picks, McCourty says, are his career favorites. He had established himself.

“I was a guy that always had a huge chip on my shoulder coming out of high school not ranked in the top 100 in the state, having only one [college] offer,” McCourty says, “so I always felt like I had to prove to people that I belonged.”

Since that day in November 2010, McCourty has done just that and beyond in his nine-year NFL career.

When McCourty entered the league as a first-round pick out of Rutgers (27th overall), he thought everything was up to him. “I always had this mindset of, ‘I’m doing good things. I’m doing better than some people around me, and that means I’ll be OK,’” he said.

“I was a guy that always had a huge chip on my shoulder… so I always felt like I had to prove to people that I belonged.” 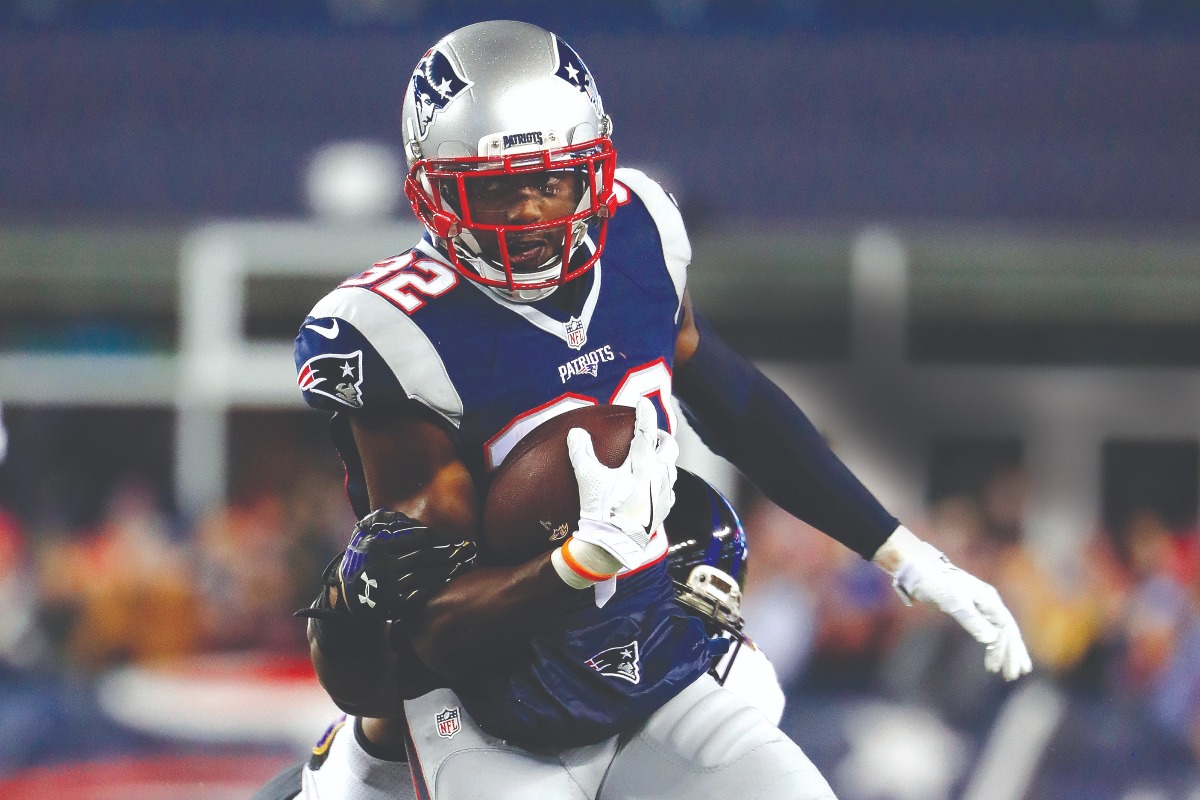 His mother had brought him and his twin brother, Jason (who joined the Patriots in 2018 after eight years with Tennessee and a season in Cleveland), to church growing up in Nyack, N.Y., and had instilled in them strong morals. But it wasn’t until 2014 that Devin began to realize it was about a relationship with Christ, not the good things he could do for God. McCourty attended a chapel and heard the Patriots’ chaplain, Jack Easterby, talk about coming to God.

“[I understood] there was nothing you can do to earn it, you just need to come and bring all your sins and all your faults to Him,” McCourty said. “I think ever since then, I’ve understood this is something that I need in my life — growing my relationship.”

McCourty was engaged to be married when he became an unrestricted free agent following that 2014 season. He had always heard that free agency was about more than money, and it was then that he saw just how true that was. The Patriots were the only team he had known, and New England was where his faith was flourishing. He decided to stay put.

“I think that’s when my life really turned and I decided I would be living for something way bigger than myself,” McCourty said. “It’s continued to grow since then, in my faith individually with talking to God and working on that relationship.”

McCourty had only played five seasons by that time, but so much had happened. With 73 combined tackles and seven interceptions (including the two memorable ones against the Lions), his stellar rookie season ended in a trip to the Pro Bowl. In only his second year, his teammates selected him as a captain. McCourty and the other captains led the Patriots to the cusp of a title, only to fall to the New York Giants in Super Bowl XLVI.

Then, in his third season, McCourty was asked to do something not often seen in the NFL: switch positions from corner to safety in the middle of the season. McCourty initially was none too happy…