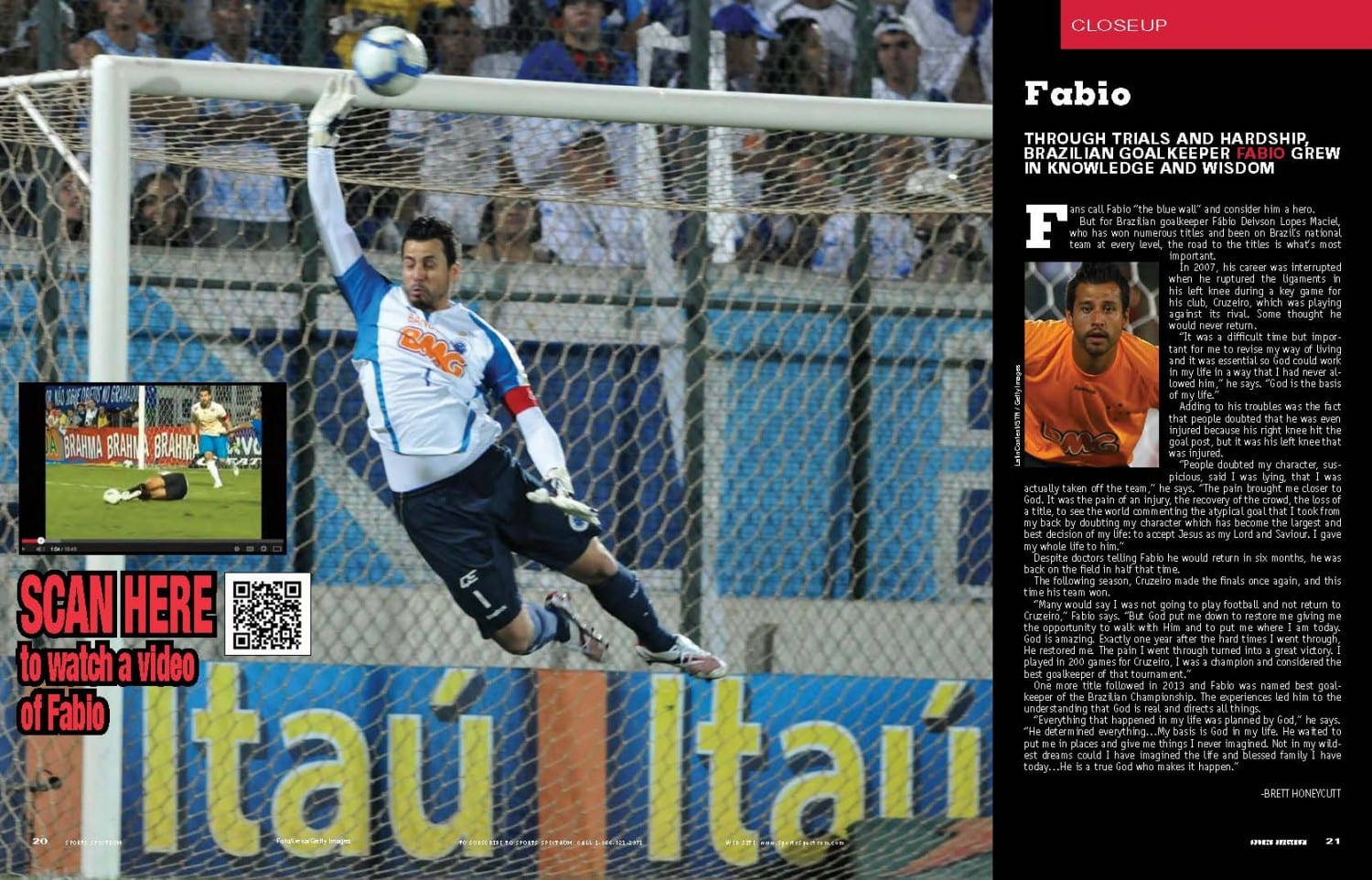 Fans call Fabio “the blue wall” and consider him a hero.

But for Brazilian goalkeeper Fábio Deivson Lopes Maciel, who has won numerous titles and been on Brazil’s national team at every level, the road to the titles is what’s most important.

In 2007, his career was interrupted when he ruptured the ligaments in his left knee during a key game for his club, Cruzeiro, which was playing against its rival. Some thought he would never return.

“It was a difficult time but important for me to revise my way of living and it was essential so God could work in my life in a way that I had never allowed him,” he says. “God is the basis of my life.”

Adding to his troubles was the fact that people doubted that he was even injured because his right knee hit the goal post, but it was his left knee that was injured.

“People doubted my character, suspicious, said I was lying, that I was actually taken off the team,” he says. “The pain brought me closer to God. It was the pain of an injury, the recovery of the crowd, the loss of a title, to see the world commenting the atypical goal that I took from my back by doubting my character which has become the largest and best decision of my life: to accept Jesus as my Lord and Saviour. I gave my whole life to him.”

Despite doctors telling Fabio he would return in six months, he was back on the field in half that time.

The following season, Cruzeiro made the finals once again, and this time his team won.

“Many would say I was not going to play football and not return to Cruzeiro,” Fabio says. “But God put me down to restore me giving me the opportunity to walk with Him and to put me where I am today. God is amazing. Exactly one year after the hard times I went through, He restored me. The pain I went through turned into a great victory. I played in 200 games for Cruzeiro, I was a champion and considered the best goalkeeper of that tournament.”

One more title followed in 2013 and Fabio was named best goalkeeper of the Brazilian Championship. The experiences led him to the understanding that God is real and directs all things.

“Everything that happened in my life was planned by God,” he says. “He determined everything…My basis is God in my life. He waited to put me in places and give me things I never imagined. Not in my wildest dreams could I have imagined the life and blessed family I have today…He is a true God who makes it happen.”