Airing It Out -- The Te’o saga, what really went wrong 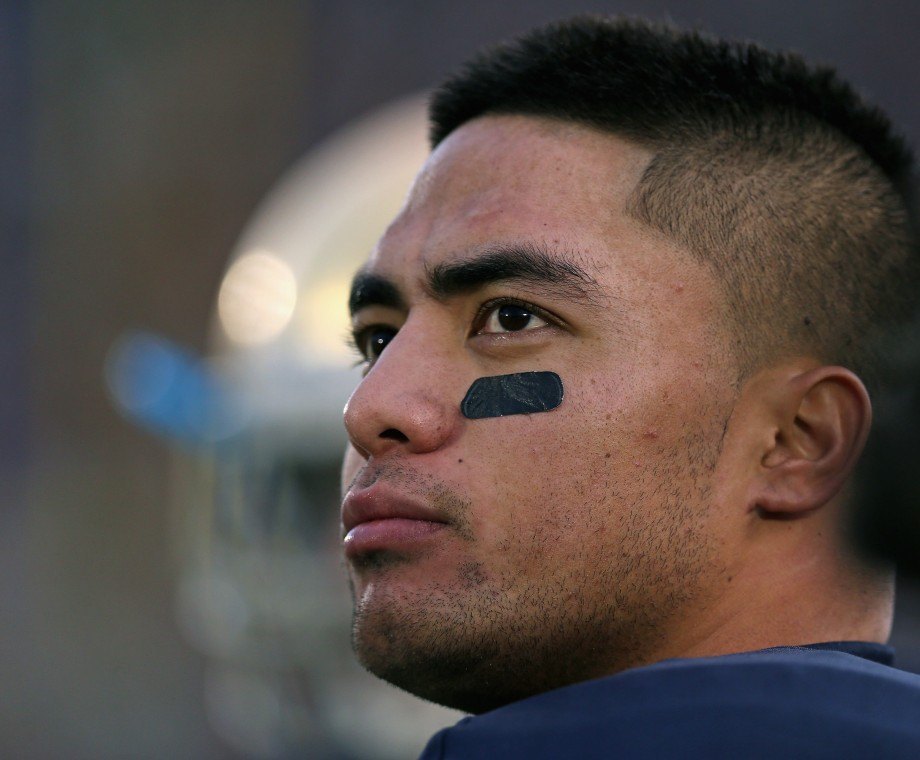 On Jan. 16, a story broke on deadspin.com that Te’o’s girlfriend (the one who had died from leukemia in September, only hours after Te’o’s grandmother died), was a hoax.

Deadspin’s slant seemed to imply that Te’o was in on the ruse. The story ignited a firestorm on Twitter, and the rest of the internet world, where fans, along with some in the media, agreed and began calling Te’o a liar and a fraud. We learned about the TV show “Catfish” and psychological terms like “confirmation bias.”

The thing that stood out the most, though, was the reminder that media love to rush a great story into print or onto the web, whether it’s true or not.

Judgments abounded about Te’o, good and bad. Whether or not they were true didn’t matter. Reporters told you first (good and bad), and that’s what counted.

The pompous and arrogant nature of our media culture reared its ugly head, disguising itself in a quest for what they called the “truth,” as if they created the definition.

They were entitled to every piece of information about Te’o’s life, and regardless if what they reported was true the first time, they were going to tell you the truth this time—despite not talking to Te’o or the purported mastermind of the hoax, Ronaiah Tuiasosopo.

It was somewhat twisted, if not ironic, and went something like this: “We know you were involved, just like we knew your girlfriend was real. And, well, this is truth because we just believe it is. And, well, even though we have condemned you without talking to you, we deserve answers! Now! You liar!”

That’s the arrogance behind the reasoning, albeit twisted. And that’s the mainstream media in a nutshell, especially in this social-media driven world where speed trumps accuracy (I reference the Associated Press story that came out after the Newtown, Conn., shootings, apologizing for getting so many facts wrong.)

Seems some in the mainstream media didn’t read that apology or didn’t learn the lesson.

After Notre Dame Athletic Director Jack Swarbrick held a press conference the night the Deadspin story came out, explaining the complexity of the hoax, that they had hired an independent, national private investigation firm, that Te’o wasn’t a part of the scam, that he’d been duped similar to what the TV show “Catfish” portrays, the media didn’t buy it.

Reporters, though, trying to be neutral by playing both sides of the Te’o story, said they didn’t know who to believe. Usually, though, while trying to play both sides, they ended up on one side, questioning Te’o’s character by subtly implying he was involved or arrogantly saying he was involved—even though they hadn’t talked to him and weren’t sure.

Te’o talked two days later, but that was too long for most.

What we’ve learned since is that Tuiasosopo has confessed to multiple people, including a friend from church and the woman whose picture he used to start the ruse, that he was the mastermind behind that hoax and that Te’o didn’t know.

Most disturbing, though, is the media’s handling of what Te’o told Schaap and later Katie Couric in exclusive interviews after Jan. 16. Te’o told both that after he received a phone call on Dec. 6 that it was a hoax. He said after the call he was shocked, confused, his emotions were all over the place, and that he didn’t know if that was even true. He then did interviews several days later talking about his girlfriend’s death as if it happened.

Schaap believed him, saying he understood and that it was plausible that Te’o really still thought his girlfriend was dead and that the phone call on Dec. 6 was some type of sick prank.

Most in the media didn’t buy that either.

It was as if they had the thread they so desperately wanted and needed to hang their argument on, so they could be redeemed from this mess they created because of their rush to tell a good story or to beat their competition.

They were on a crusade for the truth, but until they heard what they considered the truth, it wouldn’t be true.

But are we any different?

Despite all of the mind-boggling information, we have to remember not to rush to judgment. We (that includes the media, you, and me), have all done it—in our minds, with our mouths, or through our actions. With our family, friends, neighbors, politicians, and even Manti Te’o.

Fortunately, though, we aren’t God.

Only one person can claim to be all knowing—and we, as Christians, don’t need a reporter to tell us that.

This column was published in the January 2013 Sports Spectrum DigiMag. Print and digital subscribers, log in and view the issue here. Brett Honeycutt is the managing editor of Sports Spectrum magazine. His column addresses topics from a biblical perspective. Follow him on Twitter-@Brett_Honeycutt.