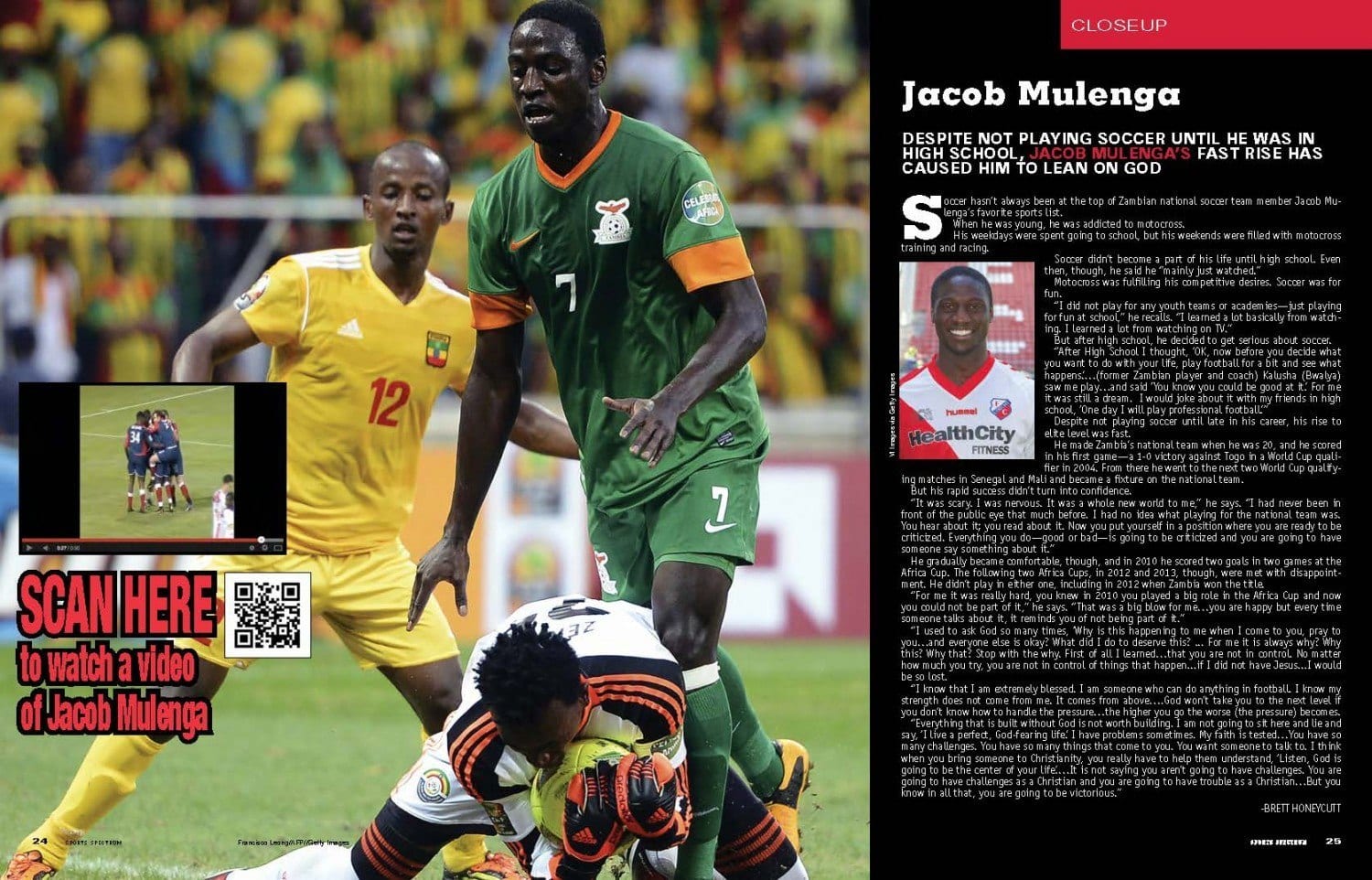 When he was young, he was addicted to motocross.

His weekdays were spent going to school, but his weekends were filled with motocross training and racing.

Soccer didn’t become a part of his life until high school. Even then, though, he said he “mainly just watched.”

Motocross was fulfilling his competitive desires. Soccer was for fun.

But after high school, he decided to get serious about soccer.

“After High School I thought, ‘OK, now before you decide what you want to do with your life, play football for a bit and see what happens.’…(former Zambian player and coach) Kalusha (Bwalya) saw me play…and said ‘You know you could be good at it.’ For me it was still a dream.  I would joke about it with my friends in high school, ‘One day I will play professional football.’”

Despite not playing soccer until late in his career, his rise to elite level was fast.

But his rapid success didn’t turn into confidence.

“It was scary. I was nervous. It was a whole new world to me,” he says. “I had never been in front of the public eye that much before. I had no idea what playing for the national team was. You hear about it; you read about it. Now you put yourself in a position where you are ready to be criticized. Everything you do—good or bad—is going to be criticized and you are going to have someone say something about it.”

He gradually became comfortable, though, and in 2010 he scored two goals in two games at the Africa Cup. The following two Africa Cups, in 2012 and 2013, though, were met with disappointment. He didn’t play in either one, including in 2012 when Zambia won the title.

“For me it was really hard, you knew in 2010 you played a big role in the Africa Cup and now you could not be part of it,” he says. “That was a big blow for me…you are happy but every time someone talks about it, it reminds you of not being part of it.”

“I used to ask God so many times, ‘Why is this happening to me when I come to you, pray to you…and everyone else is okay? What did I do to deserve this? … For me it is always why? Why this? Why that? Stop with the why. First of all I learned…that you are not in control. No matter how much you try, you are not in control of things that happen…if I did not have Jesus…I would be so lost.

“I know that I am extremely blessed. I am someone who can do anything in football. I know my strength does not come from me. It comes from above….God won’t take you to the next level if you don’t know how to handle the pressure…the higher you go the worse (the pressure) becomes.